The six news that you should know today, Wednesday, November 10 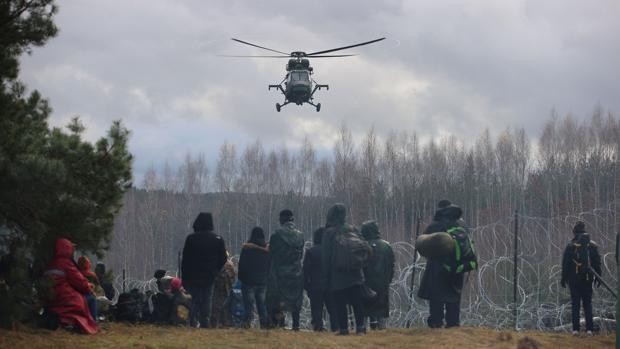 1. Germany expresses its alarm at the extent of the Polish-Belarusian crisis. The Polish Government does not see a possible agreement. Prime Minister Mateusz Morawiecki guaranteed yesterday that his country will continue to systematically reject the illegal immigrants that Belarus pushes towards its border. “Closing the Polish border is our national duty,” he said, adding that “this hybrid attack by the Lukaschendo regime is directed against all of us, it threatens the security and stability of the whole of Europe.” “We will not be intimidated and we will defend peace in Europe with our partners from NATO and the EU,” he threatened, also justifying the deployment of 12,000 soldiers in the border area. 2. The retirement age is delayed to 66 years and two months from January. Brussels is waiting impatiently for the global pension reform with which the Government has promised to save the public system 30,000 million euros. The adjustment must be designed with the arrival of the ‘babyboomers’ in mind, a generation born between the late 1950s and mid-1970s who will have to choose between charging less or “working a little more”, according to the Minister of Social Security, José Luis Escrivá. . And while the changes arrive, the wheel of the reform approved in 2013 continues to roll and one more year conditions the retirement of workers who take the step next year. 3. The constitutional manifesto in Catalonia adds the adhesion of the founders of Cs and figures linked to the PP. The manifesto in favor of the union of the constitutionalist forces in Catalonia adds new adhesions (read the text here). The text, which advocates that in the next municipal, regional, general and European elections there should be a «political confluence of the constitutionalist world to present a single project capable of responding to the real problems of Catalan society and defeating both at the polls nationalism as well as populism ”, has already received the support of personalities such as the historian Jordi Canal, the musician and writer Sabino Méndez or the editor Jaume Andreu, as confirmed by ABC. 4. Batet apologized to PP and Vox in private for requesting the disqualification of Deputy Rodríguez. The president of Congress, Meritxell Batet, harshly attacked the second vice president, Ana Pastor, the fourth secretary, Adolfo Suárez Illana, –both of the PP– and the fourth vice president, Ignacio Gil Lázaro, –Vox– for requesting the disqualification of the former number three of Podemos, Alberto Rodríguez. It happened on October 19, three days before Batet herself removed the seat from the Canarian activist, during the meeting that the Lower House Committee held, as always, behind closed doors. As ABC has learned and is recorded in the confidential minutes of that appointment, Batet considered it “unusual” that deputies and parliamentary groups set themselves up “as interpreters of court decisions,” and accused them of political opportunism for demanding that the seat be withdrawn. to Rodríguez. 5. China, between a rock and a hard place of growth and pollution. Caught between a rock and a hard place, China is torn between economic growth and fighting the pollution it generates. Quite untimely, the dilemma has jumped in the middle of the Climate Summit being held in Glasgow to combat global warming. In addition to the criticized absence of President Xi Jinping, who has not traveled abroad for almost two years due to the coronavirus, a serious energy crisis has been added these days coinciding with the arrival of the harsh winter. 6. Dembélé and Coutinho, heads and tails of Xavi. Xavi Hernández enjoyed his first day at work this Tuesday. Accompanied by Joan Laporta and Rafa Yuste, he was introduced to the players who, for different reasons, are not with the national teams these days. He was especially affectionate with Ousmane Dembélé, an essential player in his proposal, who lives stigmatized by his muscular fragility and who last week suffered a setback again after playing 25 minutes after five months injured. «Well worked he can be the best footballer in the world in his position. It is very important, yes, that he has a winning mentality “, Xavi explained during his presentation, urging Laporta to prioritize his continuity.