«We have to see each other more» … When in 2018 the emotional announcement of Ruavieja It went viral after inviting us to calculate the days (maybe hours?) that we were going to spend with our “best friends” for the rest of our lives, maybe the occasional tear slipped down your cheek. Of sorrow and regret. And maybe you also cried (or at least your eyes got wet) when in 2014 Antonio, the owner of the corner bar, saved a tenth of the Gordo de la Christmas lottery to Manuel, despite the fact that he had told him that he had lost his illusion ». But without a doubt when your heart sank was when in 2015 you saw for the first time the story of Justino, that endearing night watchman of the mannequin factory who brightened the lives of his colleagues whom he never saw … history of Justino, with the compasses of Ludovico Eunaudi as a soundtrack, it was recognized as the most awarded ad in the world and became the most awarded integrated campaign of that year. The music, the silences, the atmosphere, the cadence, the rhythm, the looks, the details, the pauses … How do they manage to activate so many emotional springs in such a short time? The answer to this question is in the minds of professionals like Juan Garcia-Escudero, current Chief Creative Officer of TBWA Spain and one of the most awarded creatives in Spain. Not in vain has it been part of the process of creating these three precision machines that are already part of the collective emotional book.

It is born and made. From a young age, one notices a predisposition, a certain inclination towards the artistic or creative. But the key is that, after that bug, after what one could classify as ‘genetic’ there is a later phase of study, work, debugging, of doing it wrong a thousand times until it is done right, and this can and will be done. It must be empowered with reading, with study, soaking up the works of those who have dazzled the world long before you with their creativity.

Are there ‘mataideas’ or ‘matacreatividad’ people? If you think there are, how can we identify them? And how can we minimize its impact?

Like the meigas, yes, there are them. They are identified by several factors. The first is that they have blocked communication between what their stomach and their head dictate. Nothing arises if it is not scrupulously analyzed by your analytical brain. A brain trained to look for error, failure, risk. Who only thinks about what can go wrong. These people are doomed to kill creativity like a serial killer would. Without feeling the slightest remorse.

The best way to minimize their impact is to shield the proposals with irrefutable rational arguments. Find previous success stories that are based on the same principles, and try to make these people fall in love little by little with the world of creativity and ideas.

Inspiration … does it have to find you working? Or is it from the people who feel the influence of their muses / muses? Or maybe both theses are correct? If so, how do you experience that effect and how could you explain it?

Work is undoubtedly the main corkscrew of the best creative wines if the wine analogy is allowed. Like the first, ideas cannot be extracted “by force” there must be a certain relaxation, a letting go to achieve the desired elixir. This is why, sometimes it happens that after an effort to find an idea that does not appear, one finds it when one has given up and started thinking about other things … Driving back home, in the bathroom, in the shower …

I imagine that throughout your career you have had to sign professionals for your team. How do you choose them? Are you looking for them to be creative, to complement each other, or do you pursue other goals when creating a team?

Well, the truth is that leaving aside the portfolio of previous work, which is key, I take into account the “fundus of the eye” that they are generous, noble and enthusiastic people of what they do. I would never sign an unbearable genius, no matter how genius.

What signs indicate that we are facing a creative person?

One of the main ones is inexhaustible curiosity, which is often coupled with a certain naivety without which it is very difficult to create.

What are your resources for researching, exploring, and understanding how consumer wants move? Are social media a good thermometer? If so, what is the social network that inspires you the most? In case you do not think that social networks are inspiring, could you argue why they are not?

We creatives are eternal students of humanity and what makes us human. I believe that the best inspiration and the most reliable thermometer is always the observation of life.

Today life passes on social networks? Of course, but life has dimensions much larger than what the networks show.

Connect, connection, reach an audience, an audience, a goal … is it easy to move and excite? What are for you the keys to touching the heart?

Moving is never easy, and if you dedicate yourself to what I do, it is even more complex to do so. People have by default an additional barrier to being affected by commercial messages, so it is an important achievement when it is achieved.

The keys are not different from those used in the cinema or literature. To move you have to appeal to the depths of who we are with honesty and without artifice, and the narrative tension based on a conflict that is resolved is something that cannot be renounced.

In a way yes. But the funny thing is not that you are presupposed that capacity in all areas, but that the expectation is that it happens almost instantaneously. People are not aware that it is something that requires time and effort.

Does it increase creativity naturally in difficult contexts or is that a myth?

Difficulty does not necessarily make creativity better. When you have a briefing that looks more like a hieroglyph, you tend to be content with any idea that solves it. When what you have to tell is distilled and seems simple, you are more likely to search until you find something that will catapult you to a better place.

Without creativity there is no sense of humor. It takes ingenuity and empathy to work with humor. But originality, surprise, freshness are, for example, concepts closely linked to creativity.

I heard him say some time ago in an interview that after the success of the Christmas Lottery announcement ‘El bar de Antonio’ ​​he began to feel the need to be relevant, transcend and add value … Are you achieving it?

It is the most difficult, which means that it is not achieved as many times as one would like. Which also has to do with the fact that in my profession creative direction does not have the last word on projects. But on those occasions when you hang out with courageous clients who share your vision, I can say that I am proud to have achieved it. A couple of examples of this could be Ruavieja’s “we have to see each other more” campaign or the most recent launch of “Big Good”, a McDonald’s hamburger designed to help the Spanish countryside in a difficult time.

How do you handle the pressure of success? Have you ever felt something like the expression “die of success”?

The way I handle pressure or expectations towards my job is relatively straightforward. I think about it like this: I will try to put everything in me to achieve valuable and relevant work. I have already shown that I can do it and I will continue to show it, but if there are times when things don’t go the way you would like, you have to look ahead and look for the next opportunity.

Have you ever felt that you are capable of predicting that something will go viral? Why?

When we did the Ruavieja campaign, or rather, when we had the idea, I remember talking to my colleagues at the agency and sharing that very clear feeling that what we were dealing with could be extraordinarily relevant to people’s lives. It is that certainty that made me realize that it would most likely go viral.

Do you have ethical or professional barriers? What are the topics that you would never touch on in one of your jobs and why?

I think it would be difficult for me to work for certain political parties whose ideology, being extremist, is very foreign to me. It would be very complicated because I am also one of those creatives who really needs to believe what counts and that when he does not succeed, he does not do his job well.

The current Chief Creative Officer of TBWA Spain, Juan García-Escudero began his professional career as a designer at Lowe Lintas Madrid and later continued his career at Contrapunto and JWT. In October 2011, he joined Leo Burnett as General Creative Director.

In addition, he has been President of the Grand Jury of El Sol 2021 and has appeared on the Scopen study list of the most valued professionals in the industry. 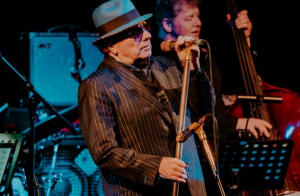 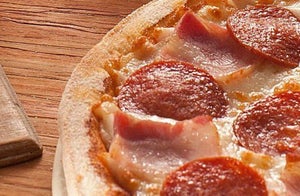 2×1 medium without registration! Order them at home from € 20.95 at Telepizza