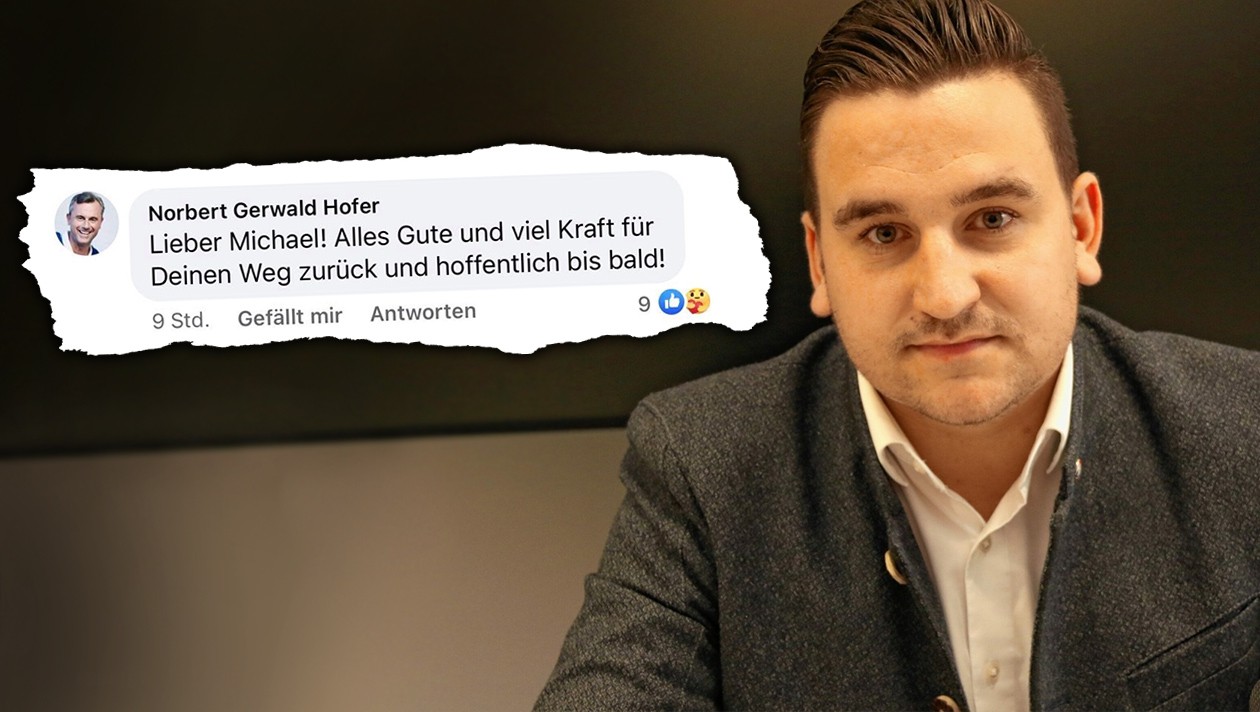 The Styrian FPÖ functionary Michael Wagner made a shocking post on Sunday: The 28-year-old announced that he was seriously ill with Corona and that he now wants to be vaccinated as soon as possible. His change of attitude regarding vaccination is likely to be received differently within the party: While Norbert Hofer publicly wishes “all the best”, Herbert Kickl has so far been silent.

“Unfortunately, I took Corona so badly that I had to fight for my life in intensive care! In the meantime I was allowed to leave the intensive care unit in the direction of the normal ward, but it’s still a long, rocky and hard way back! ”Wagner made his serious illness public on his Facebook page on Sunday. And at the same time admitted: “I always thought that it couldn’t happen to me when I was 28, so I handled it lightly. You thought wrong … ”In six months, the 28-year-old now“ definitely wants to have a vaccination ”. With this admission, Wagner is likely to provoke different reactions within his party. The third President of the National Council, Norbert Hofer, announced in September that he had been vaccinated against Corona and that he was convinced of the effectiveness of the vaccination. It is also he who found benevolent words under Wagner’s posting: “All the best and a lot of strength for your way back and hopefully see you soon.” Exit Herbert Kickl. The politician, who recently campaigned for worming agents against Covid-19, only railed loudly against the new Corona Measures Ordinance in several broadcasts on Sunday and called on his supporters to participate in the upcoming demonstration on Saturday. It is currently not known whether he may have turned to Wagner privately. How controversial the corona vaccination is treated within the FPÖ is also shown by the way Styrian party leader Mario Kunasek deals with the issue: He does not want to disclose his vaccination status. Posting again The 28-year-old Wagner may not have expected the numerous and very different reactions to the publication of his illness and his motivation to vaccinate associated with it: In any case, he deleted the post from his Facebook page.