Merz competes with a team 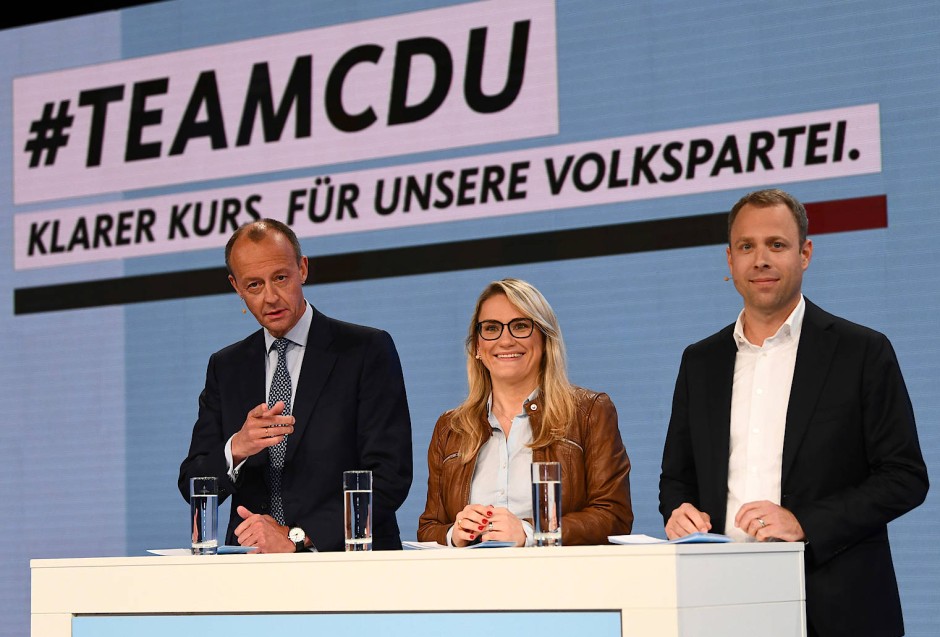 Ex Union faction leader Friedrich Merz will compete with a team in the member survey for the party chairmanship. Merz announced this on Tuesday afternoon in Berlin. The 66-year-old wants to suggest that the CDU make former Berlin Social Senator Mario Czaja (46) general secretary when he is elected chairman. For the new post of Deputy Secretary General Merz wants to present the previous Baden-Württemberg local politician Christina Stumpp (34). Both had won their constituency directly in the federal election.

Merz wants to propose to the CDU party congress on January 21st and 22nd in Hanover when he is elected chairman to change the statutes so that the office of deputy general secretary is created like the CSU. It is unlikely that the 1001 delegates would refuse a newly elected chairman.

Mario Czaja had Bundestag Vice President Petra Pau (left) surprisingly in the Berlin electoral district in the Bundestag election on September 26th
Marzahn-Hellersdorf took over the direct mandate. Since 1993 he has been active in local politics in Berlin. In 1999 Czaja won the direct mandate in the election to the Berlin House of Representatives in the constituency of Kaulsdorf-Mahlsdorf. From 2011 to 2016 he worked as Senator for Health and Social Affairs in the capital – after more than ten years as health policy spokesman for the CDU parliamentary group in the House of Representatives.

Stumpp, who turned 34 on Tuesday, also won the direct mandate in the federal election in her constituency of Waiblingen. So far, the politician is largely unknown in Berlin. In Baden-Württemberg she gained experience in local and state politics. According to his own information, Stumpp is deputy district chairwoman of the CDU Rems-Murr and deputy chairwoman of the CDU in the Stuttgart region.