Lola Sampedro: «If they don’t pay me, I won’t write» 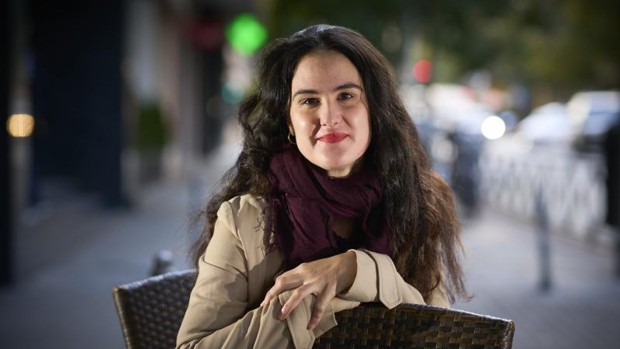 He writes for not being silent, and he is never silent. The journalist Lola Sampedro is an island of the spirit: not because she was born in Mallorca, but because everything in her prose and her conversation has the firmness of creatures that live surrounded by water. Born in Palma, in 1979, mother of two children and with more than twenty years of journalistic career, Sampedro began to write a novel to put her life in order, as she tells it, climbing on the stool of a cafeteria near El Retiro park. It all started with an ERE and ended in ‘Animal’, that’s the title of the fiction that the reporter has just published with the Kailas publishing house. Written in the first person, Lola Sampedro blames the columnist’s verbal audacity in ‘Animal’. More than paragraphs, the novel has attacks: explicit sex and personal tears, fear of death and a compulsive attachment to life. This is how Sampedro tells the story of Deogracia, Deo, a forty-year-old woman in the process of divorcing her husband. The reader does not know how long it will take to make up his mind, but he sees her prowling, compulsive and unhinged, to end twenty years of marriage. The story would be predictable, if it were not for the time of marriage is the same as it has been unfaithful. The antihero Deo eats and copulates excessively, and she doesn’t mind admitting it. Only when she sleeps with other men does her world regain balance. Everything surrounds her: the death of the mother, the arrival of her children into the world, the brush of one skin on another, the impetus of someone who knows herself to be the heir to a tradition of sacrifice and boredom that she is not willing to maintain. Deo is very free, irresponsible and even selfish, but this does not make it less endearing to the reader. She is an antihero. He is amoral and unfaithful. He has no regrets. And although she repeats the roles she has seen in her family, she tries to be true to herself. She is immature and a coward, but in the end she decides. When they speak to him of feminism, Sampedro avoids any allegation. This novel talks about infidelity, he assures, but also about illness, death, and motherhood. “From life, then,” he ends before a cup of coffee that he has barely been able to taste. Lola speaks tasty and without pause, direct as a stream. “I think Deo is not aware that what he does has to do or not with feminism. She is a desperate woman. My generation has lived much more affluent than the previous ones. Deo’s mother is my mother. It is about closing the cycle. And in what way. Hardened in the personal exhibition to which she is exposed in her columns, Lola Sampedro doesn’t care about euphemisms and metaphors. «I write explicit sex, not eroticism. I am not a subtle person ”, he answers the question about the many lewd prints that appear in ‘Animal’. This is Lola, round as a basilica. When asked what he prefers, if the column or the novel, he shakes his hair and answers, without thinking about it: “There are many years of columns, a novel I have only written one.” He was seventeen when he decided to study philosophy and then switched to journalism. If he started writing it was for his job, what is a reporter going to live on if not to hit the button? “I never took myself very seriously like those girls who write. If they don’t pay me, I don’t write. The journalist Sampedro now speaks, the one who worked in the Balearic delegation of the newspaper ‘El Mundo’, is made to fight with the column, a genre that squeezes with the intensity, naturalness and instinct of an animal, and not precisely company. For now, the reporter puts columnism and newspaper writing aside, as she herself has made known to the readers of ‘Out of site’, her space on the opinion pages of ABC. It is almost eleven in the morning and although the Sampedro is more of hurricanes, it leaves behind a soft breeze of honest conversations.