Lauterbach does not want to introduce a vaccination register 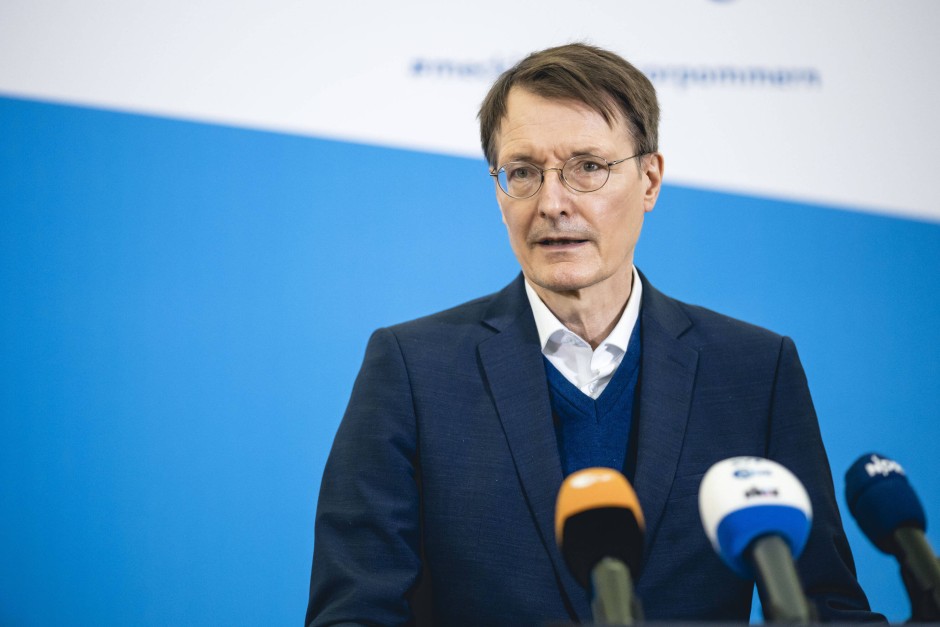 Medical laboratories that evaluate PCR tests are already reporting overload. “In northern Germany, the test labs are already at the limit. We now have positive rates of 30 to 40 percent here, I’ve never experienced anything like this,” said the chairman of the Association of German Laboratory Doctors, Andreas Bobrowski, of the German Press Agency. More than 90 percent of the detected corona infections can now be traced back to the omicron variant, said the Lübeck doctor. “We can see that things are now also picking up in central and southern German laboratories.”

In many places, the capacity limits of the laboratories have already been exceeded, which means that the target time of 24 hours from the swab to the test result can often no longer be met. Bobrowski is certain: “We will reach our limits everywhere.” When it comes to the waiting time, he “clearly sees 36 to 48 hours ahead of us”. The infection and thus test numbers are likely to continue to rise for the time being. In Germany, the seven-day incidence rose again to a record value on Tuesday. It was 553.2 after 528.2 the day before, as reported by the Robert Koch Institute.

Nationwide, tens of thousands protested against the state corona measures and a possible vaccination requirement on Monday evening. According to the police, in many places people also took to the streets to show solidarity in the pandemic and to commemorate the corona dead. In Saxony, the right-wing extremist micro-party “Freie Sachsen” had called for protests against the corona measures in more than 150 municipalities. According to the police, around 1,200 people gathered in Bautzen, around 1,000 in Chemnitz and Radebeul and around 800 in Freiberg. People with around 100 vehicles took part in a motorcade from Dresden to Meissen.

Meanwhile, I gathered around 350 people on the Alter Markt in Magdeburg under the motto “Solidarity through the pandemic” to demonstrate for compliance with the measures. On the other side, up to 600 corona deniers, opponents of vaccination and right-wing extremists came together for an unregistered demonstration, which was significantly fewer than in previous weeks. According to the police, a march was prevented by barricades. Pepper spray was used, and a man is being investigated for throwing a bottle at emergency services.

Corona deniers wanted to move in front of the ZDF studio

Hundreds of people also took to the streets against corona deniers in several Saxon cities. According to observers, between 400 and 500 people, including nursing staff and medical students, gathered in Leipzig under the motto “Show attitude”. There were also counter-protests in Chemnitz, Dresden and Zwickau. A human chain was formed around the Zwickau Cathedral on Marienplatz in memory of the Corona victims and candles were set up.

In Cottbus, Brandenburg, the police broke up an unannounced demonstration by corona deniers. According to a police spokeswoman, around 2,500 people gathered in the city center after a call on social networks to protest against the government measures. After no meeting leader was found, the police broke up the elevator. Four people were taken into custody, one man was treated on site after the use of tear gas. He had previously tried to break through a police chain.

In Berlin, the police spoke of around 3,000 people across the city who took part in registered and unregistered demonstrations and elevators. The largest gatherings were in Alttegel with 960 and in Berlin-Mitte with 600 participants. The destination of the elevator in Mitte was the ZDF capital city studio.

Buffalo vs. Waukesha: To Biden, Some Mass Killings Worse Than Others

Biden’s Cabinet: A Cabinency of Dunces