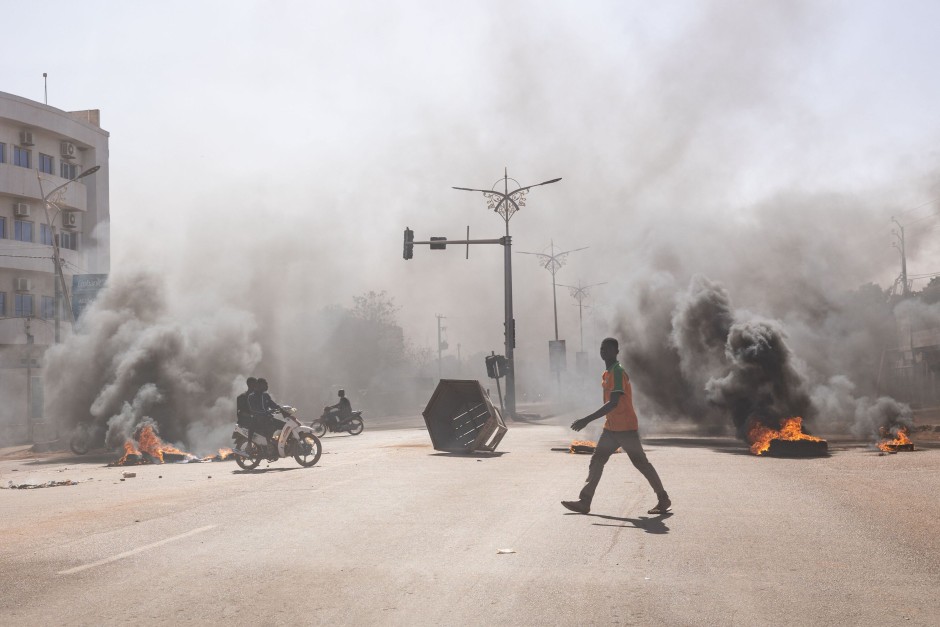 Protests in Ouagadougou over the weekend
Image: AFP

After the government initially dismissed rumors of a coup, several security sources in Burkina Faso are now reporting that the government has been seized by mutinous soldiers.

In Burkina Faso, President Roch Marc Christian Kaboré has been arrested by mutinous soldiers, according to security sources. In addition to Kaboré, the head of parliament and the ministers are also in the hands of the soldiers in a barracks in the capital Ouagadougou, according to several security sources on Monday. The West African country was already shaken by unrest at the weekend; shots were fired in several barracks. However, the government denied a military coup.

There had already been violent protests against the government on Saturday, and there were also violent clashes between demonstrators and security forces. President Kaboré then issued a night curfew.

A day later, soldiers fired shots in several barracks across the country, saying they were demanding the dismissal of some top army chiefs and better equipment. Residents of the capital later reported gunshots near the president’s private residence.

As recently as Sunday, the government had declared that there was no “army takeover” and that the political institutions were “currently” not under threat. She rejected corresponding reports in the online networks and called on “the population to keep calm”.

West African Burkina Faso is one of the poorest countries in the world. The country, like other states in the Sahel zone, is also fighting attacks by Islamist militias, some of which are linked to Al Qaeda or the Islamic State (IS) terrorist militia.