The dangerous and fascinating exercise of seeing ‘Arrebato’ again 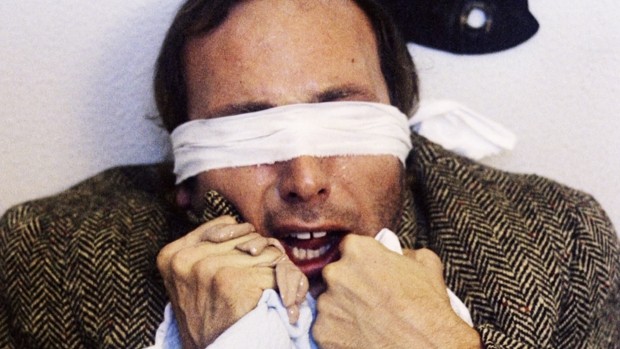 The film serves as a warning: cinema is addictive and a camera can be a relentless killing machine, without the need to sharpen one of the tripod legs, as in ‘Panic Photographer’. Another masterpiece. Iván Zulueta had only shot one feature before sneaking into the history of curses with ‘Arrebato’, a film rejected by the Cannes festival, ‘Max Madera’ for the legend. The filmmaker closed his filmography there in an incomprehensible way, after only two appearances, among which legendary shorts can be rescued, more than anything because they are even more difficult to find. A couple of subsequent television episodes represent a sad epilogue for a creator so stimulating that he took refuge in movie posters and other adjacent worlds. Even ‘Un, dos, tres… Al hide-and-seek’, released ten years before ‘Arrebato’, can be viewed soberly without failing to notice quality details and an exuberance of references, not only moviegoers. It was a musical comedy that parodied Eurovision more crudely than Jesús Lillo, and with similar incomprehension. It also allows us to verify that José María Íñigo, also a screenwriter and undoubtedly a musical advisor, was right to leave acting. Will More, vampiric, in ‘Arrebato’ – FlixOlé But let’s go back to ‘Arrebato’, a film that FlixOlé has re-released in an unpublished version, restored as far as the original would allow, shot with four pesetas or, to be more precise, three million pesetas who stretched out with the masterful anguish of a young journalist. Today you can even watch it for free, taking advantage of the platform’s grace period. More than four decades have passed since its release and it remains a strangely modern film. The revolutionary cinema of four days ago is no longer seen by anyone, but this 1979 work has not lost its punch and can knock out the careless viewer, especially if their love of cinema has something sickly about it. After a new exposure to the work, lived with something similar to fear, the essential is still alive. It is hallucinatory and hallucinatory cinema, imperfect and extracuacojonante. It feels like there will always be fascinated eyes trying to catch those terrifying and magical red frames. It’s funny how memory works, anyway, because there are entire parts of the film that had fallen into the black hole of oblivion, which is almost never by chance. Even her sexual daring is somewhat reduced, because she is the oldest of all. At the same time, it contains findings that seem immortal, like vampires, although it may be necessary to explain to the little ones how the old home movies were developed and edited. Eusebio Poncela and Cecilia Roth, in a scene from ‘Arrebato’ – FlixOlé Another thing that honors Zulueta is that he doesn’t try to be nice, neither with the musical contests nor with the Madrid scene. The film is an oblique reflection of the darker side of its time. Drugs and addiction are shown with less mercy than shame. The ravages are evident, even in its allegedly playful facet. There is a scene from ‘Thelma and Louise’ in which Susan Sarandon reproaches some young people for smoking, “because it takes away the desire for sex”. Here the message is similar, but without filter. Antimovidismo does not prevent Almodóvar boys and girls from participating in the film, accredited or not, and the filmmaker from La Mancha himself, who lends his voice, very careful, to the character played by Helena Fernán Gómez. It is not ruled out that the hijísima sent more than one to hell. ‘Arrebato’ is the most radical example of cinema within cinema, ahead of the calendar, timeless and at the same time the only child of its time. From the outset, he pairs Eusebio Poncela with Cecilia Roth, who gave themselves body and soul to the cause almost twenty years before the former took the chair in ‘Martín (Hache)’: «No woman has an owner». Marta Fernández Muro and Luis Ciges are three years ahead of their now unthinkable relationship in ‘Laberinto de pasiones’. There is no shortage of Teresa Fernández Muro, in a delicious role, and of course Will More, muso of Zulueta and the movida, rich kid who came out weird, almost always in Super 8. And there is Antonio Gasset, Max Madera according to the credits. The clean copy offered by FlixOlé has made the Americas with some success. If it were a current title, it would not be unreasonable to expect Zulueta to be called by some platform. If the filmmaker is still alive, we could also see the director’s cut, lasting two and a half hours. Mutilating ‘Snatch’ was an act of unnecessary cruelty. Overall, no one saw her. But let’s see who now argues with the adjective visionary, murdered by the cinema, like his characters.