The federal and state governments are refraining from stricter corona measures 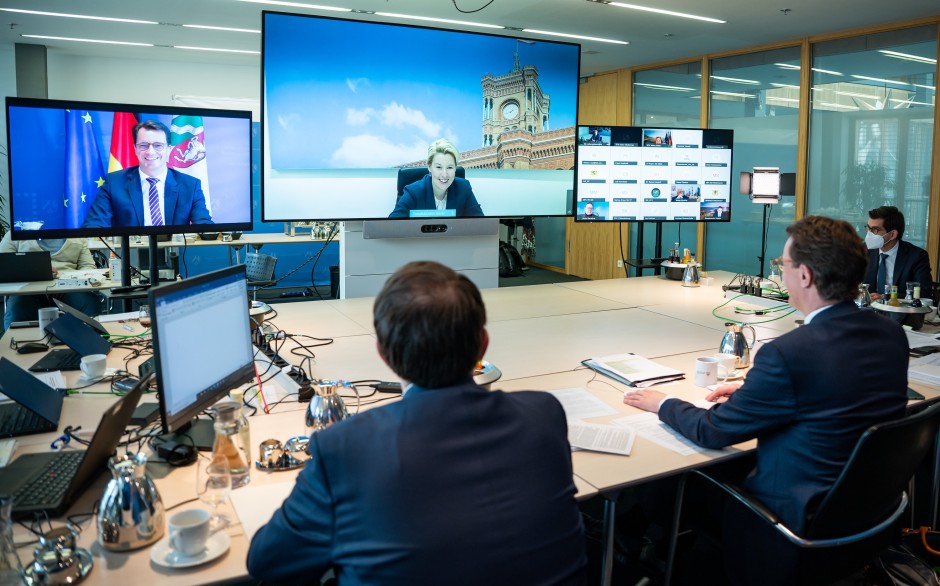 Band countries are sticking to the previous protective measures in the corona pandemic. “It is right to continue on this course,” said Chancellor Olaf Scholz (SPD) on Monday evening after consultations with the heads of government of the federal states. So there should continue to be strict contact restrictions, “wherever many people come together”.

“We do not yet know how the number of infections will develop,” said Scholz, whether there would be “a more dramatic development” or whether Germany would get through this period relatively well. It is therefore important “that we have to remain cautious”. The federal and state governments decided to agree on further steps to control infection if there is a risk of the health system being overloaded. At the same time, they agreed to develop opening perspectives for the moment when an overload of the health system can be ruled out.

Berlin’s head of government Franziska Giffey (SPD) emphasized that the federal-state group had agreed “that easing the measures at the current time with the corresponding infection numbers is not the method of choice”. However, no further tightening is indicated.

The aim is to convince as many people as possible of the vaccination in the next few days and weeks – especially of the first vaccination and the third booster vaccination. Here, after the 30 million vaccinations that Germany had received by the end of December, “the pace slowed down,” said Scholz. “It is true: Vaccination helps. Even the first vaccination helps against difficult courses.” In Germany, just over 75 percent of the population has now been vaccinated for the first time. “It must be much more. And we are worse there than can be recorded in other countries. ”But Germany is very good when it comes to boosters, explained Scholz. This path must be continued.

The federal and state governments had “come to the conclusion that essentially everything should remain as it is for the next few weeks,” said Saxony’s Prime Minister Michael Kretschmer (CDU). “So no tightening, but also no easing.” This basic line was also confirmed by the Brandenburg state government.

The fact that the dynamics of the spread of the highly contagious omicron variant has so far been lower in Germany than in other countries is due to the protective measures that have been decisively introduced, said Scholz and Kretschmer in agreement. The Prime Minister of Saxony referred to 2 G in retail and restrictions in gastronomy.

This is a positive development, but this virus variant is dangerous, said Kretschmer. This applies in particular to older citizens. A “big topic” in the consultations was therefore how vaccination protection for this group could be improved.