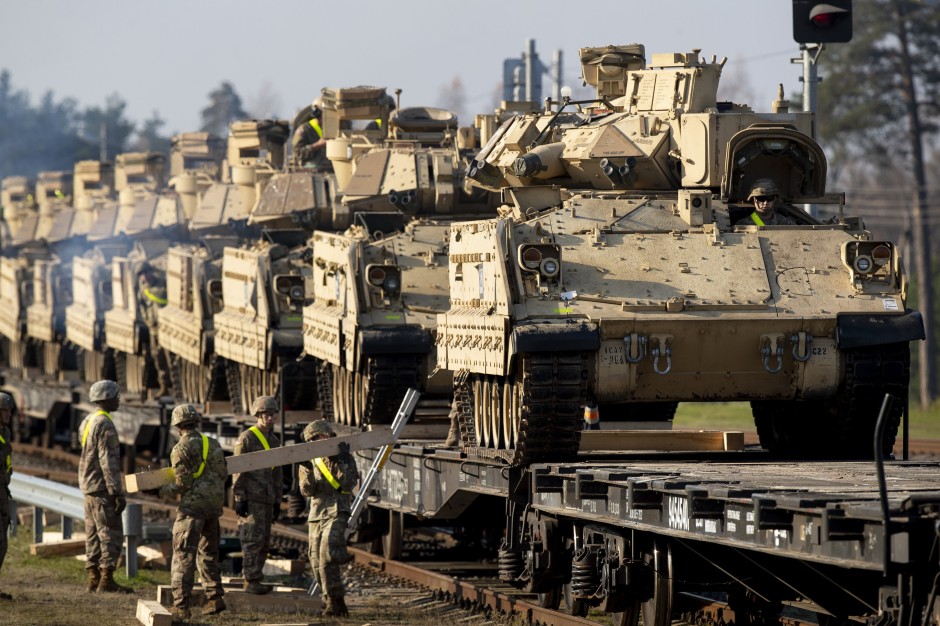 WAccording to the Department of Defense, the American government has put around 8,500 soldiers in the United States on increased standby due to the Ukraine crisis. Ministry spokesman John Kirby emphasized on Monday, however, that a decision on moving these troops to Europe had not yet been made. The relevant units had been put on increased readiness on the instructions of US President Joe Biden and on the recommendation of Secretary of Defense Lloyd Austin.

“As such, they are prepared to respond to a range of contingencies, including supporting the NATO Response Force should it activate,” Kirby said. NATO decides whether to activate this “NATO Response Force” (NRF). In connection with the increased readiness, Kirby spoke of “reinsurance for our NATO allies”.

The New York Times reported that Biden was considering relocating warships and planes to NATO allies in the Baltics and Eastern Europe and sending several thousand US soldiers. The United States has tens of thousands of soldiers stationed in Europe, even outside of times of crisis.

Meanwhile, British Prime Minister Boris Johnson has warned Russian President Vladimir Putin against invading Ukraine. The secret service findings about a Russian troop deployment on the Ukrainian border are very clear, Johnson said on Monday. “Everyone can see the plan for a blitzkrieg that could eliminate Kiev.”

“We have to make it very clear to the Kremlin, Russia, that it would be a disastrous move,” Johnson said. From a Russian perspective, too, this would be a “painful, violent and bloody affair,” the prime minister warned. He announced that he would speak to international partners. They are also in the process of preparing economic sanctions.

Like the United States, London had previously withdrawn workers from the embassies in Kiev. German diplomats have not yet been recalled from the Ukrainian capital. German business delegates are also staying in Ukraine.

Diplomatic efforts to resolve the Ukraine conflict are to be continued on Wednesday in the so-called Normandy format. A meeting of France, Germany, Ukraine and Russia at the level of political advisors is planned, it was said on Monday from the Elysée Palace in Paris. French head of state Emmanuel Macron will propose “a way of de-escalation” to his Russian colleague Vladimir Putin in a talk in the next few days.

The last summit meeting in the Normandy format took place in 2019. Critics, however, question the suitability of the format for a lasting settlement of the conflict and argue that greater US involvement in talks with Russia is necessary. Wednesday’s meeting follows a marathon of multi-level diplomatic talks on the Ukraine crisis that have so far failed to materialize.

“Everything is under control”

Ukraine assesses the current security situation as less dramatic than many NATO countries. Government officials in Kiev called for calm on Monday. “As of today, we see absolutely no evidence of allegations of a large-scale attack on our country,” Secretary of the National Security Council Oleksiy Danilov told reporters after a meeting of the body.

For Kiev, troop movements on the Russian side, in contrast to the West, are not a surprising matter. All the excitement only started with an article in the American newspaper “Washington Post” in mid-October. The situation in Ukraine has been difficult since 2014.

President Volodymyr Zelenskyj also saw no reason to get excited about eastern Ukraine in video language. “Everything is under control. There’s no need to panic,” he said. Kiev is striving for a peaceful solution to the conflict in Donbass. However, in recent weeks and months Zelenskyy and other Ukrainian government politicians have issued quite drastic warnings of a Russian invasion in Western media.

Parts of the eastern Ukrainian regions of Luhansk and Donetsk have been controlled by pro-Russian separatists since 2014. Despite a peace plan negotiated in Minsk with Franco-German mediation, the conflict continues. According to UN estimates, more than 14,000 people have been killed in the area so far. The USA and NATO criticize a troop deployment with around 100,000 Russian soldiers on the border with Ukraine. The West fears a Russian invasion of Ukraine. Moscow rejects this.