After the coup, hundreds of people celebrate the takeover of the military in Burkina Faso 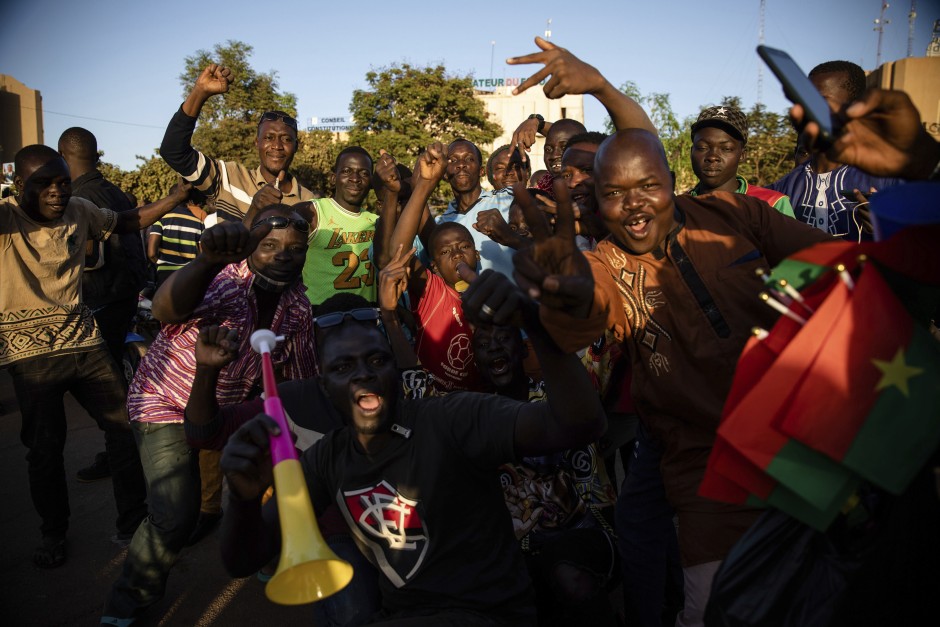 Nfter a mutiny by soldiers in Burkina Faso, the military claims to have taken power in the country. Soldiers said on state television on Monday that the government had been deposed and parliament dissolved. In the capital, Ouagadougou, hundreds of people took to the streets to celebrate. The UN, the USA and the EU sharply condemned the actions of the military.

Soldier Kader Ouedraogo read out a statement on behalf of a military group calling itself the Patriotic Movement for Protection and Restoration (MPSR). This was signed by Lieutenant Colonel Paul-Henri Sandaogo Damiba, who is considered the new strongman in the West African country. The military imposed a night curfew.

In their video message, which was distributed on television and on Facebook, the soldiers also announced that the borders would be closed. They promised a “return to constitutional order” within a “reasonable time”.

Army promises focus “on the essentials”

Before the curfew began, hundreds of supporters had celebrated on the streets with cheers and whistles. “It is a victory, a new beginning for the Burkinabe people in overthrowing an incompetent regime,” Amado Zoungrana told AFP. Serge Compaoré called for the army to “focus on what’s important,” which is to rid the country “of the terrorist groups that have caused us enough suffering.”

The whereabouts of President Roch Marc Christian Kaboré remained unclear on Monday evening. State television RTB published a handwritten letter with his signature on his Twitter account. In it he declared his “resignation”.

The military had declared that their seizure of power was “without bloodshed and without any physical violence” against those arrested. However, they did not provide any information about the identity of those affected. These would be “held in a safe place while preserving their dignity”.

Shots were heard near the head of state’s residence on Sunday evening. A reporter from the AFP news agency saw three vehicles with bullet holes near the presidential residence on Monday morning. There were traces of blood on one of them.

The US and the European Union called for Kaboré’s “immediate release”. The Economic Community of West African States (ECOWAS) also said it was following the situation in Burkina Faso “with great concern”.

France warned its citizens not to travel to the country. The Federal Foreign Office in Berlin advised Germans in Burkina Faso to stay at home “if possible” because of the unclear situation.

There had already been violent protests against the government and riots in several barracks in the country over the weekend. The military accuses Kaboré of failing to fight radical Islamic militias.

Kaboré was elected head of state in 2015. He was re-elected five years later, also on the basis of his promise to prioritize the fight against jihadist militias. However, the ill-equipped Burkinabe armed forces failed to stop the bloodshed. Since 2015, around 2,000 people have been killed by jihadists in the region, and around 1.5 million others have been driven from their homes.