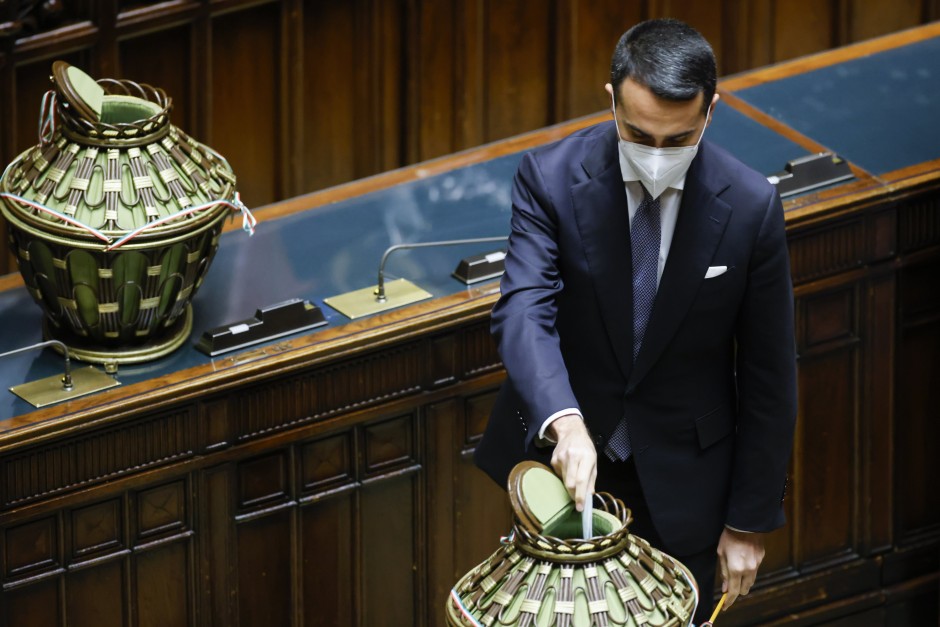 Dhe first round of the election of a new president in Italy has not yet yielded a result. As expected, no candidate achieved the necessary two-thirds majority in the first ballot on Monday. Since there was no prior agreement on a candidate, most parties called for blank ballots to be cast. The second round is scheduled for Tuesday afternoon.

In Italy, the head of state is elected by a committee of more than a thousand deputies, senators and representatives of the regions. The vote is secret. A dedicated polling station has been set up in the Parliament car park for voters who have tested positive for the coronavirus or who are in quarantine.

In the first ballot, 672 blank ballot papers were cast. The result is therefore not very meaningful. A little-known 85-year-old former Constitutional Court judge, Paolo Maddalena, won by just 36 votes. It was followed by the incumbent Sergio Mattarella (16 votes), who ruled out another term. Mario Draghi received one vote.

Italy’s incumbent Prime Minister Mario Draghi is the favorite in the multi-day election. Former Prime Minister Silvio Berlusconi withdrew his candidacy at short notice over the weekend and went to the hospital for medical examinations.

Berlusconi and the head of the right-wing Lega, Matteo Salvini, reject the nomination of Draghi as president. On Sunday, Salvini referred to its importance for the stability of the broad government alliance. “It would be dangerous for Italy to form a new government at a difficult economic time,” he told reporters.

Center-left PD leader Enrico Letta, on the other hand, stressed that Draghi was an “extraordinary support” for Italy. His name is still on the table in the presidential election. Other names for the presidential candidacy have been circulating in the Italian press for weeks, including several former ministers.

The election process takes several days. In the first three ballots, each of which takes one day, a two-thirds majority is required for victory; from the fourth ballot, an absolute majority is sufficient. Experts expect that a winner could only be determined on the fourth day of the election.

The new head of state is elected for a term of seven years. Even if it is a rather representative post, Italy’s president plays a central role in crisis situations.