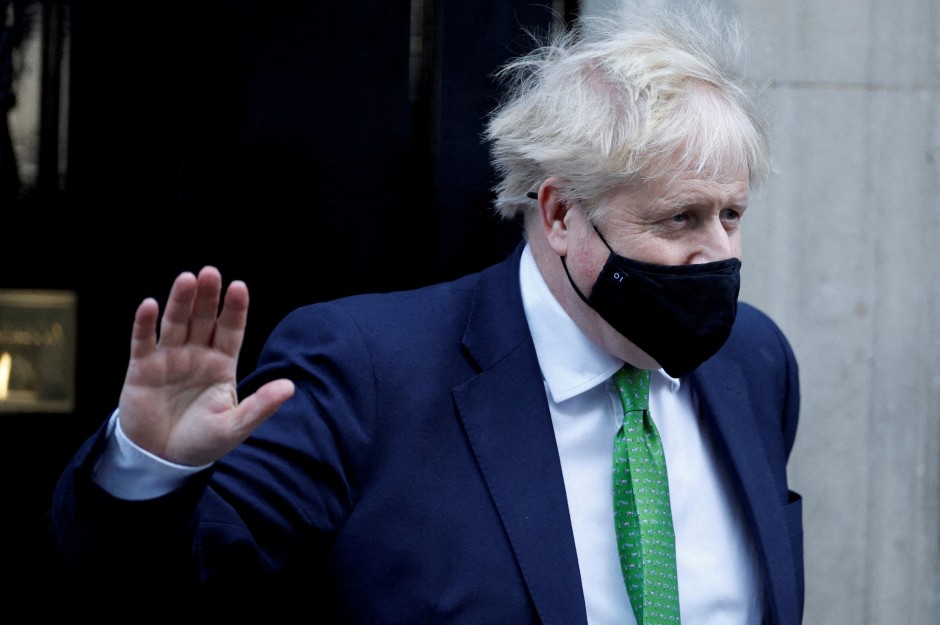 MMore trouble for Boris Johnson: According to a report, the British Prime Minister celebrated his birthday in the middle of the lockdown in June 2020 with cake, serenade and 30 guests. According to broadcaster ITV, Johnson’s wife Carrie had organized a surprise party for the Conservative politician at his official residence at 10 Downing Street. Private indoor meetings were not allowed at the time. The government did not deny the report in principle.

For Johnson, who has been criticized for weeks for reports of allegedly illegal lockdown parties, Monday night’s revelation comes at a precarious time. The results of an internal investigation into a whole series of alleged lockdown parties in Downing Street are expected later this week – there are now ten. Johnson’s political fate could depend on the outcome of this investigation. Several members of his own faction want to overthrow him. The new revelations should be grist to their mills.

According to ITV, up to 30 guests are said to have attended the alleged celebration on the afternoon of June 19, 2020 for Johnson’s 56th birthday, including mainly employees, but also the designer Lulu Lytle, who renovated the Johnsons’ official apartment for a lot of money at the time. Carrie Johnson is said to have started the song “Happy Birthday” according to the report. In addition to the cake, there is said to have been a picnic with delicacies from a well-known department store and delicatessen chain. Later, several family members were at the Johnsons’ home for a private party.

“A brief meeting of employees”

A government spokeswoman did not dispute the report of the group’s afternoon gathering, according to ITV, but did not interpret it as a party but rather as a brief gathering of staff after a meeting to congratulate the prime minister. Johnson was there for less than ten minutes. The event only lasted 20 to 30 minutes. The spokeswoman rejected the report about guests in the official apartment as “completely untrue”. Johnson only received a small group of family members outdoors. Designer Lytle said she was only in Downing Street to work and was waiting to speak to Johnson outside the room where the party was said to be.

Labor leader Keir Starmer has slammed the government as “chaotic and rudderless” and has repeatedly called for Johnson’s resignation. “He has to go,” Starmer affirmed.

However, Johnson’s voluntary departure is hardly expected. But the growing resentment in his own party could become dangerous for him. The head of the conservative Tory party is facing a coalition of different camps. If 54 members of his parliamentary group in the House of Commons write in favor of a change, there would be a vote of no confidence.

“Bring your own alcohol”

Things were already looking dicey for the prime minister last week. He had admitted to attending a garden party at his official residence in May 2020 but claimed to have mistook it for a work meeting. His private secretary had invited them in an e-mail with the note “bring your own alcohol”. However, Johnson claims to have seen neither the email nor the warnings in advance that it was a breach of the rules. With a defiant appearance at Question Time in Parliament last Wednesday, Johnson was able to regain some breathing space. But whether he will succeed again is doubtful.