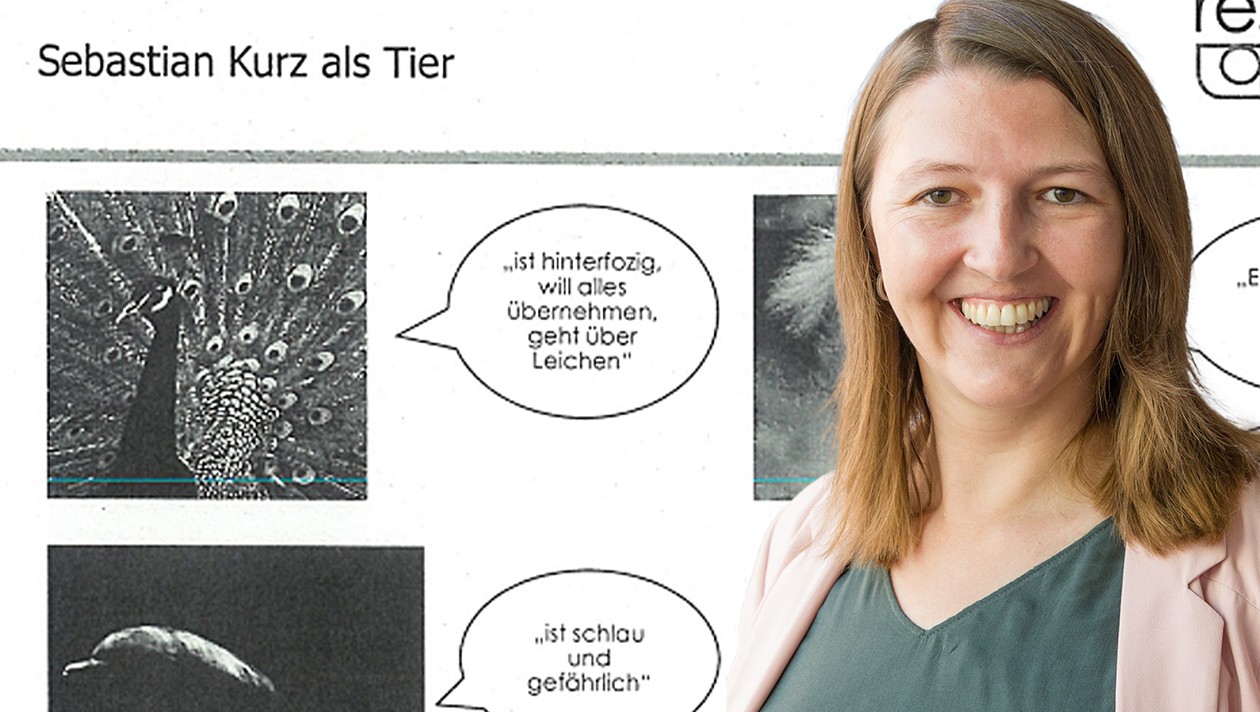 Sebastian Kurz a “devious peacock”, Matthias Strolz, who “jumps around like a monkey” – the incriminating studies by the opinion researcher Sabine Beinschab published by the Ministry of Finance on Wednesday bring with them a thoroughly humorous approach. The communication and social scientist Andrea Schaffar now reveals that the scientific quality of this supposed study is not far off either. The text reminds her of a school essay, she is harsh on her work.

It is neither transparent how the surveys were designed nor in what form they were evaluated and analyzed, writes Schaffar in her science blog. The social scientist looked at the methodological design and implementation of the study, for which at least 155,940 euros of tax money was paid. Goes below loose standards She does not seem to have found a really serious approach: It was not stated transparently how the surveys were designed, nor in what form they were evaluated and analyzed, writes Schaffar. The design of the bundle actually has nothing to do with a study either. The “product” consists mainly of put together Power Point slides. Even if one were to apply rather loose standards, “as market and opinion research is sometimes said to be”, this document also falls short of such lax criteria. “I can’t think of any other name.” The selection of people for the group discussions would correspond to the usual target groups of the ÖVP – why the selection fell precisely on the professional groups “senior employees”, “freelancers” and “EPUs”. , but I am not arguing. She is said to have concluded an agreement with the then Secretary General of the Ministry of Finance, Thomas Schmid, according to which she carried out party-politically motivated and manipulated surveys and arranged for their publication in the daily newspaper Österreich. In particular, these polls were intended to exaggerate the unpopularity of the then ÖVP chairman Reinhold Mitterlehner and to suggest to the readers that the ÖVP would achieve significantly better election results with the then Foreign Minister Sebastian Kurz as the top candidate. For this purpose, the Ministry of Finance is said to have been given bogus invoices for alleged claims. First positive mention for Sebastian Kurz The passages subsequently selected, which compare politicians with animals or parties with cars, would appear purely “arbitrarily”. It is striking that the first people listed (Christian Kern, SPÖ, a “vain peacock”; Reinhold Mitterlehner, ÖVP, a “rabid hyena”; note) all statements are oriented in a negative direction. The first purely positive statement fell on Sebastian Kurz (ÖVP), who was classified as a “cute-looking” squirrel. Here too, it is not understandable how the analysis came about. In addition, there are conflicting statements as to whether the study involved in-depth interviews or pure group discussions. Schaffar therefore raises the question of whether these took place at all. “Science instrumentalised” It is now reasonable to assume that “the purpose of the ‘studies’ was to generate materials for media exploitation,” Schaffar sums up. She also recalled the controversial study on Islamic kindergartens, which attempted to give “tentative statements a serious coat of paint” and thus instrumentalize science for politics. According to Schaffar, it is now urgently necessary – in the interests of the taxpayer – to clarify the background to the study.