‘Zumba 24’ or how to take advantage of the benefits of dancing, a “natural stress reliever”


It is a natural stress reliever, calms anxiety, reduces anger, increases energy and improves mood. The home is capable of causing “extraordinary things in the brain from a scientific perspective,” according to Dr.
Peter Lovatt, psychologist specialized in the study of the effects of this discipline on our mind. Thus, according to the expert, it is a physical activity in which not only the body is worked, but the fact of following a choreography, trying to memorize the steps and coordinate the movement is a practice that contributes to improving memory and working on other cognitive abilities. also contributes Benefits on an emotional level because, according to the expert, the act of dancing makes us feel more attractive and sexier, which can help improve self-esteem.

In addition to the benefits for the mind, it also contributes to improving physical fitness. In fact, according to a study promoted by Zumba and directed by OnePoll, 92% of those consulted consider dancing an excellent form of exercise, either because it helps Burn calories, well because they see it as a fun way to do cardiovascular exercise. Some even cite its ability to improve the flexibility of the body.

The study data also reveals that 77% of the participants resort to dancing as an antidote against stress and that 89% feel mentally relieved after dancing.

Salsa, reggaeton, merengue, cumbia, flamenco, soca, samba, bollywood, funk, hip-hop… An opportunity to experience the benefits of dance in body and mind is to try the mix of dance styles that will take place in the
Free “Zumba 24” marathon (you can register here)on January 29 and 30.

Zumba 24‘ starts on Saturday, January 29 at 4:00 p.m. (Spanish peninsular time) and throughout the weekend and uninterruptedly until 5:00 p.m. (Spanish peninsular time) on Sunday, January 30, there will be online classes of an hour long that will start every hour on the hour. The first and last classes will be led from Miami by Zumba creator Beto Perez, known for his epic, high-voltage choreography.

It is the second edition of this event called ‘Zumba 24’, which last year brought together virtually 150 Zumba instructors from 50 countries and half a million participants. 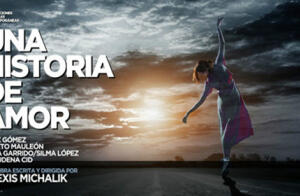 Sales! Up to 50% Discount on Fashion with Lidl