Putin and Macron: calming down in the Ukraine conflict necessary 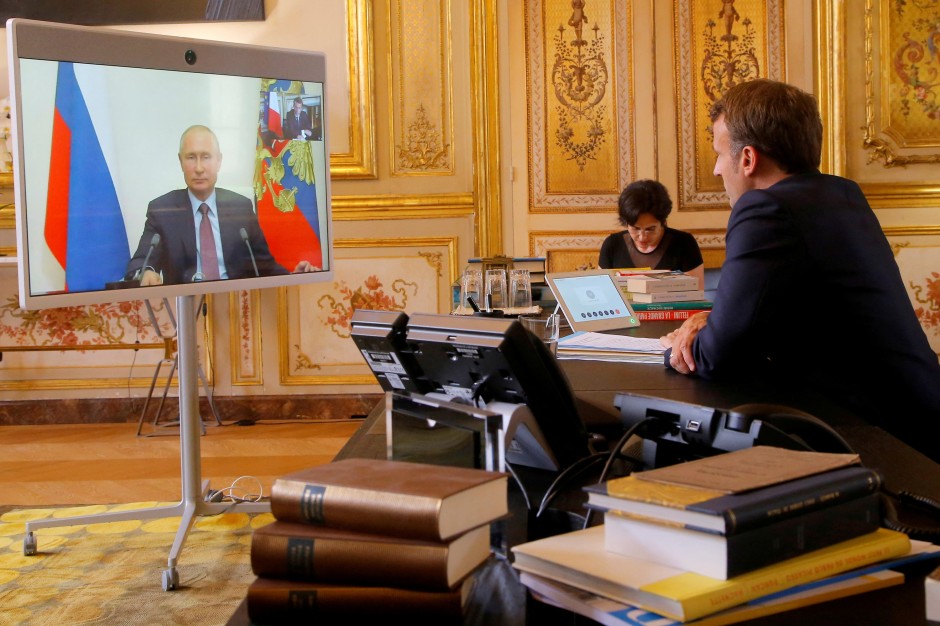 FFrench President Emmanuel Macron and his Russian counterpart Vladimir Putin have reached an agreement on the need to de-escalate the Ukraine conflict. This was announced from Élysée circles following the hour-long phone call between the two presidents on Friday. In order to reduce tensions, bilateral talks between the heads of state should be continued – as well as the negotiations to solve the Ukraine crisis in the Normandy format, in which Germany and France mediate.

In the conversation, Putin reiterated Russian demands for binding guarantees for security in Europe, as the Kremlin announced. Putin also said that Russia is now analyzing the written responses from the US and NATO to his proposals and then determining further steps. Paris also called the dialogue about the security guarantees demanded by Moscow a means of de-escalation.

According to the Kremlin, Putin also pointed out that Russia’s main concerns had not been taken into account by the West in the answers. These include the demand for an end to NATO expansion, the renunciation of offensive weapons near the Russian borders and also the withdrawal of the bloc’s military potential and infrastructure to the positions of 1997. At that time, the Russia-NATO Founding Act was signed. The US and its allies have also ignored the key issue of the “indivisibility” of security.

By this Moscow means that a country must not strengthen its own security at the expense of the interests of another state. With this, Russia justifies its opposition to the admission of Ukraine into NATO, because it considers the advance of the military bloc to be a threat. Russia sees itself connected to parts of Ukraine through a centuries-long history and criticizes the fact that the USA and NATO have declared the country their sphere of influence – without considering Moscow’s interests.

While NATO announced that possible attacks by Russia could take various forms such as cyber attacks or sabotage and is considering stationing combat troops in four countries in south-eastern Europe, Ukrainian President Volodymyr Zelenskyy warned on Friday against exaggerated fears of an escalation. “I don’t think the situation is any more tense now than before,” said the head of state, referring to the delivery of US and NATO responses to Russian demands for security guarantees. “Abroad there is the impression that there is war here. That’s not the case.”

He could not rule out a worsening of the situation. But panic is out of place. The main risk for Ukraine and its sovereignty is destabilization within the country, which also includes an economic crisis. French President Macron also wanted to speak to Zelenskyy on Friday evening.

In a telephone conversation with his German colleague Annalena Baerbock, Russia’s Foreign Minister Sergey Lavrov also emphasized that Moscow wanted to prevent further expansion of NATO and the stationing of offensive weapons. The Greens politician wrote on Twitter that the dialogue with Russia was being continued openly and principledly.

Lavrov also called on member states of the Organization for Security and Cooperation in Europe (OSCE) to respond to Moscow’s demands – in particular on the principle of “indivisible security”, which is enshrined in many international documents. According to Lavrov, a letter was to be sent to the OSCE foreign ministers on Friday.