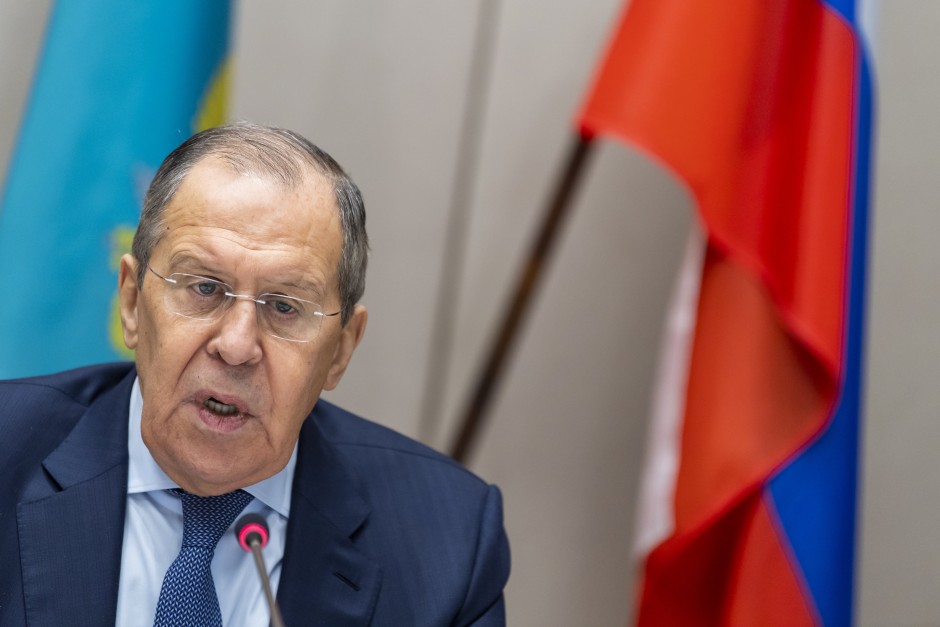 In the Ukraine crisis, the diplomatic tug-of-war is entering a new round. On Sunday, Russia’s Foreign Minister Sergei Lavrov asked NATO and the Organization for Security and Cooperation in Europe (OSCE) to clarify their positions. In an official request, his ministry has asked both organizations to explain how they intend to fulfill their commitment “not to strengthen their security at the expense of the security of others,” Lavrov said on state television. This is a key issue for the Russian government when deciding how to proceed. Russia demands guarantees “that ensure security throughout the European continent, with full and equal consideration of Russia’s legitimate interests”. The country is itself a member of the OSCE.

Russia has massed around 120,000 soldiers on the border with Ukraine. The West sees this as preparation for a possible invasion, which the government in Moscow denies. It demands security guarantees such as the withdrawal of NATO troops from member countries in Eastern Europe and a pledge that Ukraine will never be included in the Western defense alliance. NATO and its largest member, the United States, reject this, but have offered Russia talks on arms control. Russian President Vladimir Putin described the written responses from the US and NATO as insufficient. But he was still ready for dialogue.

Several Western politicians announced that talks with Russia and Ukraine would continue. According to his office, British Prime Minister Boris Johnson is planning a telephone call with Putin in the new week. Johnson will ask Putin to get involved through diplomatic channels. French Foreign Minister Jean-Yves Le Drian and his German counterpart Annalena Baerbock have announced a joint trip to Ukraine. This is planned for February 7th and 8th, said Le Drian, whose country holds the EU Council Presidency. Together with Russia and Ukraine, both countries form the so-called Normandy format to resolve the conflict in eastern Ukraine.

While the United States announced that it would be strengthening its troops in NATO territory in Eastern Europe, the military alliance once again ruled out a combat mission in Ukraine. US President Joe Biden said on Friday (local time) that he wanted to move US troops to Eastern Europe and NATO countries “in the foreseeable future”. NATO Secretary General Jens Stoltenberg confirmed on Sunday that there are no plans to deploy combat-ready Alliance soldiers in Ukraine. “There is a difference between being a member of NATO and a strong and valued partner like Ukraine. There is no doubt about that.” Stoltenberg called on European countries to reduce their dependence on Russian gas. Being too dependent on one supplier makes Europe vulnerable.

Federal Finance Minister Christian Lindner confirmed that Russia would have to reckon with sanctions in the event of an attack. “It must be clear to the Kremlin that a breach of international law and an escalation would be answered with iron consistency,” said the FDP chairman to the “Spiegel”.