Thousands of participants in the trucker demo against Corona guidelines 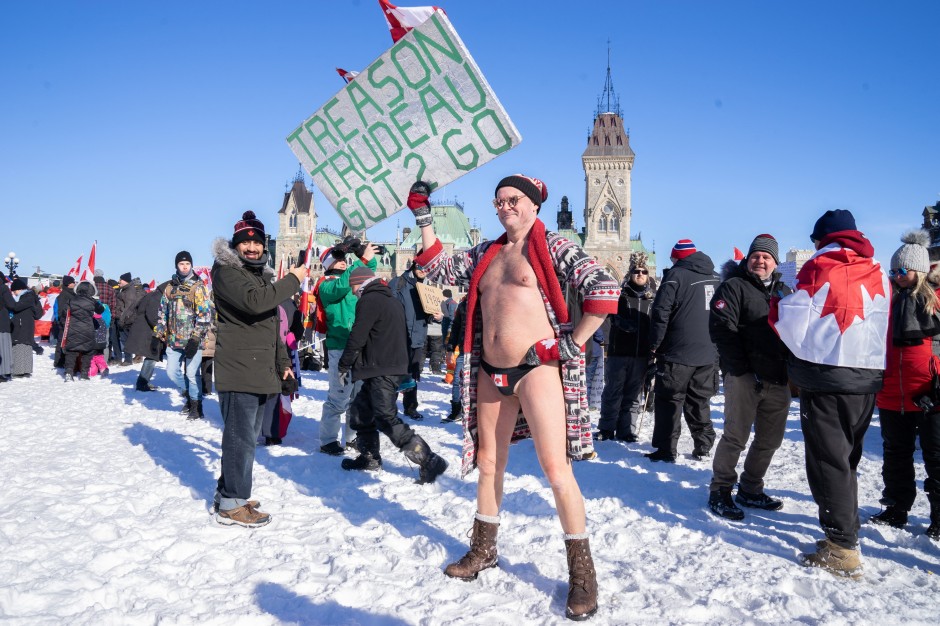 Nfter a day-long drive from the west coast of Canada, a convoy of hundreds of trucks arrived in the capital Ottawa at the weekend to demonstrate against corona measures and vaccination regulations. The so-called Freedom Convoy (“Convoy of Freedom”) was received by demonstrators who gathered on foot in front of Parliament in sub-zero temperatures, as Canadian media reported. There were thousands of participants in total. The demonstrators waved Canadian flags and shouted “freedom”. On posters they denounced Prime Minister Justin Trudeau and the Corona measures.

The police are on alert. As a precaution, Trudeau and his family were taken to an undisclosed location in the capital. Police presence was expected to remain high throughout the weekend. According to reports, the demonstrators blocked parts of the city center on Saturday. The exact number of participants had not been determined until the evening. A total of around 10,000 people were expected. Some protesters said they plan to stay for several days. The protests were initially loud, but mostly peaceful.

The convoy started last Sunday in British Columbia on Canada’s west coast. It comes in response to a regulation that went into effect in January requiring truck drivers returning from the United States to have proof of vaccinations. In the past few days, however, the focus has broadened to government pandemic restrictions, Canadian media wrote. Many people took part with their private vehicles.

With regard to the new vaccination regulations, critics had warned that they would further disrupt the already tense supply chains. The Canadian Truck Drivers Association reportedly recently condemned the protests and said most drivers had been vaccinated.

A majority of Canadians support the pandemic measures, according to a recent poll. In Canada, more than 77 percent of the population is fully vaccinated.