He travels the coast from Cádiz to Valencia with the body of his wife in the trunk and is arrested after returning from the US. 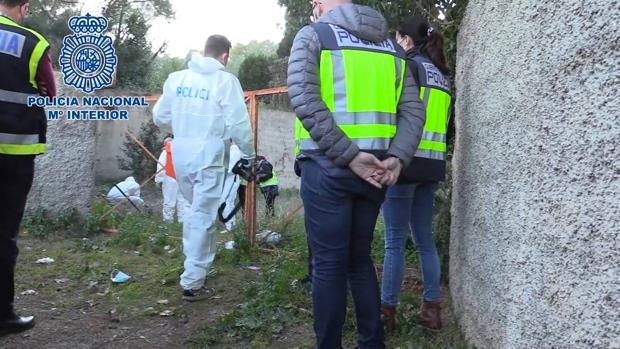 “Why did you come?” “If you already know.” These were the only words that Michael Martin Hoseyni deigned to utter, after being detained by the National Police at the Barajas airport where they were waiting for him. He is accused of killing his wife on Christmas day in the La Alcaidesa apartments, in the Cadiz town of Los Barrios. Then he undertook an escape without rhyme or reason, with a body and without it, through Spain, Italy, the United Kingdom and the United States, where the couple lived, which has ended with the suspect behind bars. This story has two parts. The dream trip and a route to nothing. Michael, 54, and his wife Yana Rose, 41, residents of Denver (United States) traveled to Europe at the end of August to tour several countries. On December 3, they arrived in Spain from Italy and crossed the entire coast from Catalonia to Cádiz. On the 22nd they stayed at La Alcaidesa and spent Christmas Eve and Christmas there. Yana, of Russian origin, was seen on the 25th enjoying her very long vacation. The route to nothingness also begins that day, although that was not known until much later. On January 9, a friend of Yana shows up at the Abastos police station in Valencia. They know each other from social networks and he cannot contact her. The police efforts lead to the couple’s rental car, a black Ford Kuga that they locate at the Milan airport. There they confirm that Michael Martín had taken a flight to the United Kingdom and from there to the United States two days after the complaint. The investigations, carried out by the Group of Disappeared of the Central UDEV of the General Police Station of the Judicial Police, lead to the Los Barrios apartments, where the security cameras are checked from the right and from the reverse. In one of those cameras they see how the victim is dragged by the ankles by what appears to be her husband who puts her in the trunk of the car, like a bundle, dead. The hunt begins for Michael Martin, a mechanic with a car buying and selling company in a town in Denver. With judicial authorization, his trail is followed: the car, his bank cards and the antennas through which his telephone moves. Police from Cádiz, Granada, Jaén, Murcia until reaching Valencia participate. The Ford Kuga had stopped there, and supposedly Michael before traveling back to Barcelona and returning to the same point. What for?, the researchers ask. The only possible answer is Yana, his wife. The lifeless body was located half-buried on January 21 in a wooded area of ​​Alzira (Valencia), very close to an industrial estate. The author buried her in a hurry. Agents already knew the victim had a navel piercing and a scar from an appendicitis operation. Security cameras and interviews continue to bear fruit. The policemen comb them one by one. Michael bought a shovel, a stick, an axe, anti-cut gloves and a cutter from an industrial supply company on December 27, the latter located next to Yana’s body. The investigators’ machinery was oiled. Not only internally, but also with the FBI. On the 26th, the liaison for this body at the US Embassy in Madrid informed them that the American US Marshalls are aware that the victim’s husband is preparing to travel back to Spain in the coming days. A new device and new nerves. It goes well. At nine in the morning of the 28th they put handcuffs on Michael Martín in Barajas, as soon as he landed. He doesn’t flinch. “What have you come for?” asks the instructor of the stagecoaches. “If you already know,” he replies. The agents believe that he felt pressured and thought that if they were going to arrest him, it would be better to serve his sentence in Spain than in the United States. He was brought before the Court of Investigation of Violence against Women on duty as a Guard in Madrid, after informing the Court of Gender Violence of Algeciras (Cádiz) which is handling the events. The journey of her life ended for Yana in a poorly made ditch in Alzira, a place she had probably never even heard of.