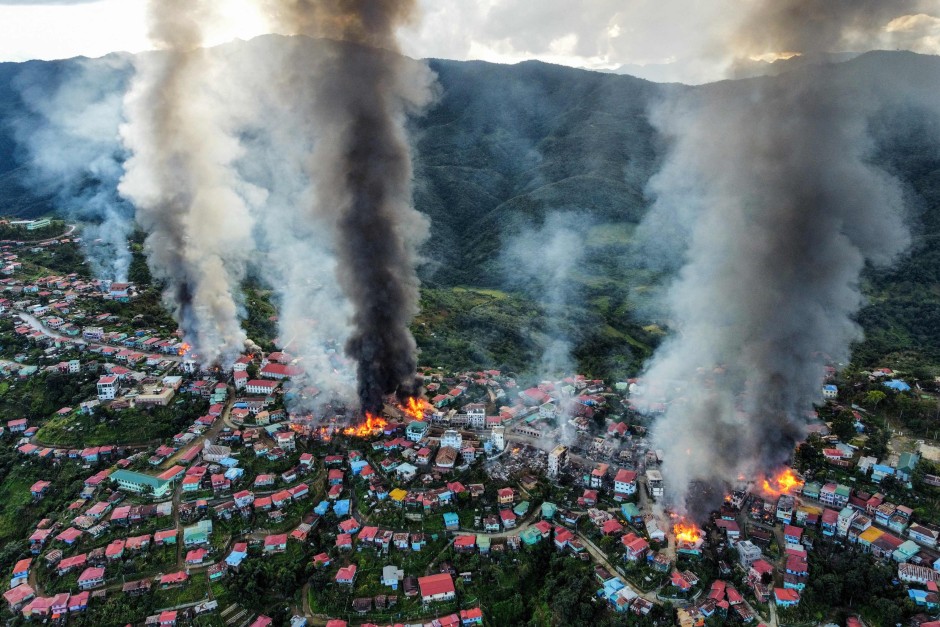 WITHOn the first anniversary of the military coup in Myanmar, the US imposed new sanctions on members of the judiciary and supporters of the military leadership. Seven people and two institutions were affected, the Treasury Department said on Monday in Washington. Among them are two high-ranking members of the judicial system who have pushed ahead with the criminal prosecution against the ousted Prime Minister Aung San Suu Kyi and others. Any assets of those affected in the US will be frozen, and US citizens are prohibited from doing business with them.

US President Joe Biden spoke of “unspeakable violence against the civilian population, including children”. He called for the release of all those unjustly imprisoned. The British government, which claims to have coordinated with the United States and Canada, also announced new sanctions against three members of the military leadership for the anniversary. In addition to freezing possible assets, this also includes travel bans.

Generals rule with an iron fist

The coup in the Southeast Asian country marks the first anniversary this Tuesday. The former Burma has since descended into chaos and violence. The generals ousted the democratically elected Prime Minister Suu Kyi and have ruled with an iron fist ever since. The 1991 Nobel Peace Prize winner is under house arrest and has since been sentenced to several years in prison.

The United Nations reports more than a thousand deaths in connection with violence by the security forces. The circumstances of the killings could potentially be classified as “crimes against humanity” or “war crimes,” said Independent Investigation Mechanism for Myanmar (IIMM) chief investigator Nicholas Koumjian. There are credible allegations of arbitrary arrests, torture and sexual violence against the security forces. Civilians were also said to have been killed in custody.

According to Koumjian, the IIMM is trying to verify and document the allegations so that those responsible can one day be held accountable. “International justice has a long memory,” he warned.