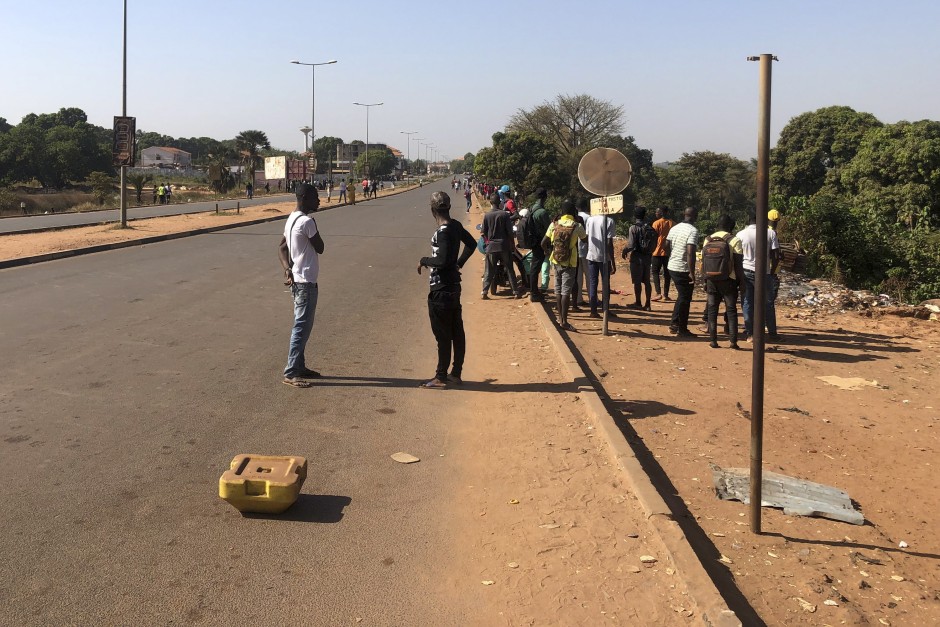 The military cordoned off the area around the presidential palace in the capital, Bissau.
Image: EPA

Shots were reportedly fired in the Government Palace area. The United Nations expressed concern and called for respect for the country’s democratic institutions.

IAccording to the regional community of states Ecowas, there has been an attempted coup in the West African country of Guinea-Bissau. The organization announced on Tuesday that there was shooting around the government palace. “Ecowas condemns this attempted coup and holds the military accountable for the security of President Umaro Sissoco Embalo and his cabinet members.” UN Secretary-General António Guterres expressed deep concern at the reports from West Africa. A United Nations spokesman said Guterres called for an immediate end to the violence and for respect for the country’s democratic institutions.

According to observers, the shots were fired while the President was holding an extraordinary cabinet meeting. According to security circles, there may have been fatalities. Several people were hit by shots. Initially, it was not possible to independently find out who submitted these. According to a civil rights activist, there was tense silence in the capital Bissau on Tuesday afternoon. Otherwise busy streets remained largely empty.

There have been a number of coups in West Africa over the past year and a half. The military has taken power in neighboring Guinea, as well as in Mali and Burkina Faso. Guinea-Bissau itself has been considered politically unstable for years; nine coups or coup attempts have been counted since independence from Portugal in 1974. On Tuesday, the Portuguese embassy in Guinea-Bissau advised its citizens living in the African country to stay at home.