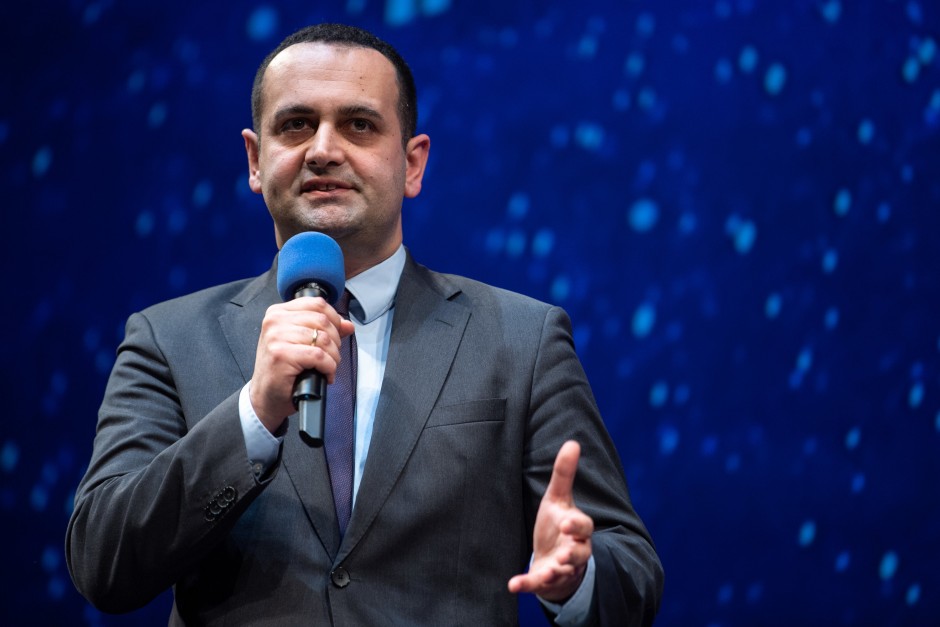 Dhe future FDP General Secretary Bijan Djir-Saai has called for a special training program for Ukrainian officers in Germany. Training support has been a strength of the Bundeswehr for many years, said Djir-Saai of the German Press Agency. “Advanced defensive skills and tactics could be core elements of the training program. Of course, specific training needs would have to be coordinated with Ukraine,” said Djir-Sarai.

Since the Russian annexation of the Black Sea peninsula of Crimea in 2014, Germany has intensified cooperation with Ukraine – including militarily. Ukrainian officers are already being trained in Germany. After the Russian troop deployment on the border with Ukraine, NATO allies criticized the German government’s restraint in the conflict. Ukraine is not a member of NATO.

“It would be an important and necessary contribution of solidarity towards Ukraine if the defense capabilities of the Ukrainian armed forces could be increased with German training support,” said Djir-Sarai. “Germany should therefore make Ukraine the offer to train Ukrainian officers here in the country as part of a special training program.”

The future chairman of the Munich Security Conference, Christoph Heusgen, calls for a stronger military contribution from Germany, for example by supplying weapons for defense. “If the Ukrainians turn to Germany for help today, we should support them with defensive weapons,” Heusgen told the newspapers of the Funke media group and the French newspaper “Ouest-France”. The traditional rule in Germany is that no armaments are delivered to conflict regions. But: “In addition to our restraint, we must also remember that during the Second World War German security forces carried out massacres of Jewish Ukrainians,” said the long-standing foreign policy adviser to former Chancellor Angela Merkel (CDU).

“The conflict is too complex for arms deliveries alone to solve it,” said CSU General Secretary Markus Blume to the editorial network Germany. An overall concept is needed that follows two maxims: stay in dialogue and show clear consequences in the event that the territorial integrity of Ukraine is not respected. The conflict will also be a topic at the closed conference of the CSU state group, which begins this Wednesday in Berlin.

Johnson wants to speak to Putin

Meanwhile, diplomatic efforts to ease the situation are continuing. British Prime Minister Boris Johnson plans to speak to Russian President Vladimir Putin on the phone this Wednesday. The talks were initially scheduled for Monday, but initially did not take place due to Johnson’s domestic political problems. Meanwhile, Dutch Prime Minister Mark Rutte has planned a visit to Ukrainian President Volodymyr Zelenskyy. Johnson was already a guest there on Tuesday.

With a massive Russian troop buildup near Ukraine, there are fears in the West that Russia is planning an invasion of its neighbor. The Kremlin denies that. It is also considered possible that fears are being fueled in order to persuade the NATO countries to make concessions on security guarantees. Moscow has addressed a corresponding list of demands to NATO and the United States, including an end to NATO’s eastward expansion. Both reject Russia’s core concerns, but have offered dialogue in written replies.

On Tuesday, Putin warned of the risk of war in Europe should Ukraine become a member of NATO. He also criticized the negative attitude towards the Russian demands. However, the written answers from the USA and NATO would be examined. “I hope that we will find a solution in the end. Even if it’s not easy. We are aware of that,” said the Kremlin chief. Addressing the West on Tuesday, after talks with Hungarian Prime Minister Viktor Orbán, Putin said that “fundamental Russian concerns have been ignored” and clarified what Russia is asking the West to do.

During his visit to Kiev on Tuesday, British Prime Minister Johnson stressed that a Russian invasion of Ukraine would mean a political, humanitarian and military catastrophe. He threatened that Britain and its allies had prepared tough sanctions against Russia. These will come into force as soon as “the first Russian toe” enters Ukrainian territory.