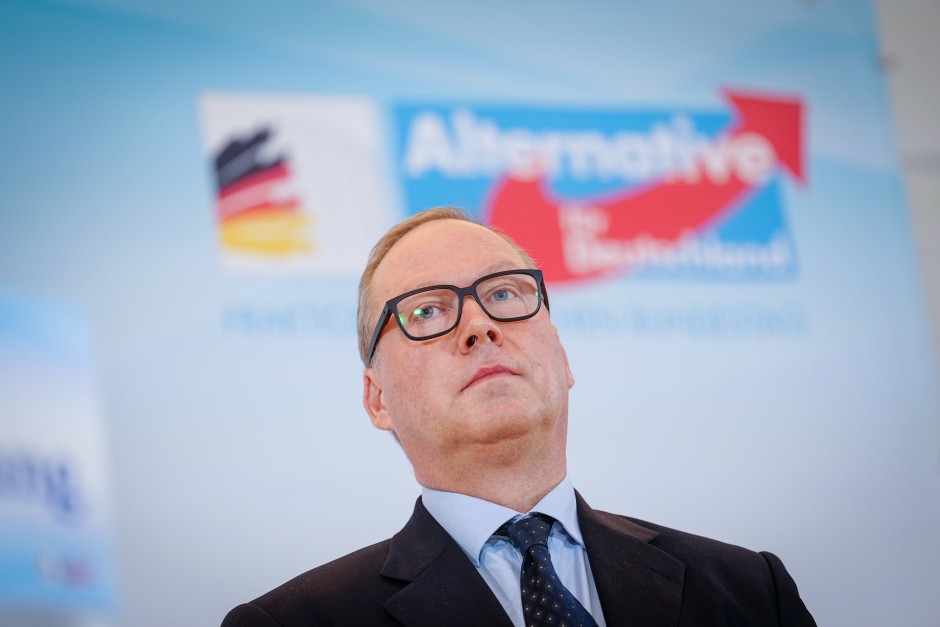 Dhe former chairman of the arch-conservative Values ​​Union, Max Otte, donated 20,000 euros to the AfD district association in Görlitz, Saxony, at the beginning of last year. “I wanted to support what I saw as bourgeois forces,” Otte told the German Press Agency in Berlin on Thursday to justify the payment. He also donated 20,000 euros to the Value Union last summer. AfD boss Tino Chrupalla is a member of the Görlitz district association, from February 2017 to October 2021 he was its chairman.

Otte said that at the time of his donation to the AfD district association, he was a simple member of the Value Union. “The presidency was not pending at the time, nor was there any other office.” The donation was duly reported. He made a donation to the Values ​​Union in the summer after his surprising election as its chairman. There is no temporal or factual connection to his candidacy for the office of Federal President. Otte emphasized that he also donates a lot, for example for his church community. He appreciates Chrupalla “as a down-to-earth and bourgeois politician”.

The treasurer of the Value Union, Udo Kellmann, said on Thursday that Otte had never tried to exert influence through donations.

Chrupalla explained that receiving donations for election campaign purposes has become established in Germany and not least represents the connection between political parties and civil society. “Anyone who knows Mr. Otte with his diverse social commitments knows that he always acted out of concern for our country and always argued in a factual manner.” The AfD boss assured that all donations that he received as part of the 2021 federal election campaign were reported to the district, state and federal treasurer and can be viewed in the reports.

Otte has no chance of becoming President. In a joint letter to Bundestag President Bärbel Bas (SPD), the party and faction leaders of the traffic light partners SPD, Greens and FDP as well as the leaders of the CDU and CSU proposed Frank-Walter Steinmeier for re-election. This means that he is assured of a large majority in the Federal Assembly.