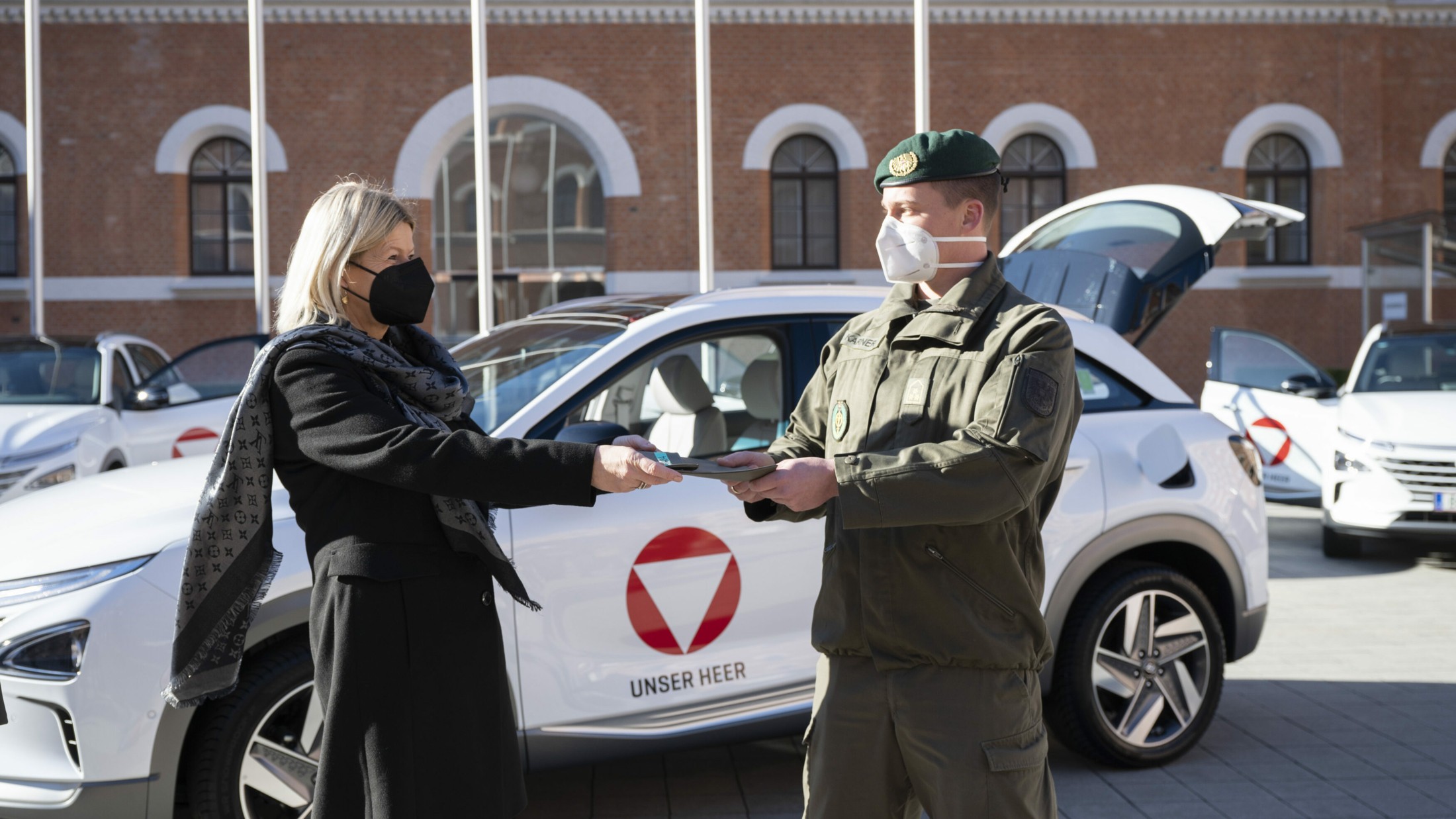 Five hydrogen cars from the Hyundai brand will be used by the army in the future. After some electric cars were purchased in the summer of 2021, these five vehicles are “the next step in the fight against climate change,” said Defense Minister Klaudia Tanner (ÖVP) when the cars were handed over to the troops on Thursday in the Roßau barracks.

Tanner symbolically presented the car keys to representatives of the military commands in Vienna, Styria, Upper Austria and Tyrol, as well as to the Ministry of Defence’s Office of Economic Affairs. The new vehicles are to be used in everyday administration to test the compatibility of hydrogen cars with everyday military service and to determine which measures may be necessary with regard to refueling and maintenance. The “Hyundai Nexo FCEV” is equipped with a hydrogen fuel cell engine. The only by-product is water vapor. According to the manufacturer, the 163 hp electric motor can reach speeds of up to 179 km/h. A full refueling takes about five minutes and takes the soldiers up to 660 kilometers. The purchase of the five hydrogen cars cost around 365,000 euros. Contribution to achieving climate goals “The military is known for being a pioneer,” announces the Defense Minister about the new vehicles. As the first public administration agency to use hydrogen cars, Tanner also wants to be a pioneer when it comes to climate protection. “The fight against climate change is a key goal of the federal government. The army is also making its contribution to jointly achieving the climate targets set by 2024.” Only five suitable filling stations in Austria The minister could also imagine using a hydrogen car privately. However, the greatest challenge remains the supply of filling stations. There are only five filling stations for hydrogen cars in the whole of Austria. These are exclusively civilian gas stations, but the army is considering building their own.