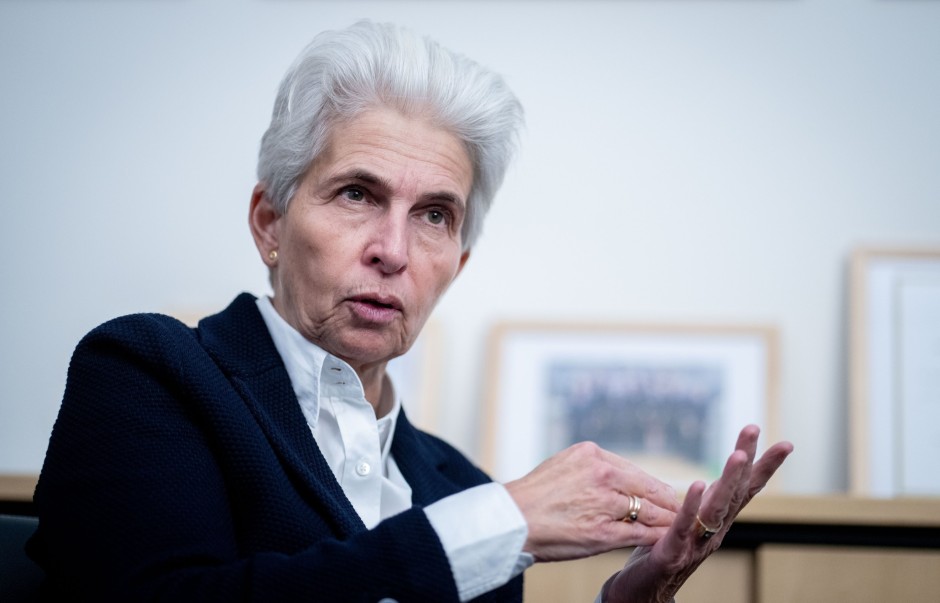 Dhe chairwoman of the Defense Committee in the Bundestag, Marie-Agnes Strack-Zimmermann, has called on representatives of Ukraine to moderate the debate on arms deliveries. “I fully understand that the Ukrainian representatives in Kiev are on edge because of the threat posed by the Russian army. But I have no understanding for the constant verbal derailments on the part of some Ukrainian voices towards us, ”said the FDP politician to the German Press Agency.

The Ukrainian side had vehemently and repeatedly demanded arms deliveries from Germany as well. The federal government has rejected this, referring to long-term cooperation, for which Germany has given Ukraine almost two billion euros since 2014 – for development cooperation and also military reform projects.

“moderation would be appropriate”

“In recent years, Germany has given Ukraine a lot of help out of responsibility and friendship. In the heat of the emotional battle, the Ukrainian representatives should therefore please not confuse friend and foe,” warned Strack-Zimmermann. She said, “A little moderation would be in order.”

In view of the conflict with Russia, Ukraine has sent a wish list for arms deliveries to the federal government. This was reported by the “Süddeutsche Zeitung” on Friday. The letter therefore lists in detail numerous weapon systems required by Ukraine. According to the newspaper, the country is asking for medium-range anti-aircraft missile systems, man-portable anti-aircraft missile systems, anti-drone guns, microwave destruction systems, electronic tracking systems, but also night vision devices, surveillance cameras and ammunition. The letter emphasizes that these are “weapons systems of a defensive nature”.

The federal government has so far ruled out arms deliveries to Ukraine. Chancellor Olaf Scholz (SPD) only gave a clear rejection of such a measure on Wednesday evening on ZDF. This attitude has recently been clearly criticized by Ukraine and eastern NATO allies. According to the “Süddeutsche Zeitung”, Ukraine has now asked in its letter, which according to the report was sent to the foreign and defense ministers, for this application to be processed “as soon as possible”.

Scholz and Foreign Minister Annalena Baerbock (Greens) want to mediate in the coming week with diplomatic visits in the tense conflict. Baerbock will meet Ukrainian President Volodymyr Zelenskyy and Foreign Minister Dmytro Kuleba in Kiev on Monday. On Tuesday she will visit the front line between Ukrainian government forces and Russian-backed separatists in the Donbass conflict zone. Scholz has planned a trip to Kiev for February 14, and a day later he wants to meet Russian President Vladimir Putin. Scholz is already leaving for a meeting with American President Joe Biden in Washington this Sunday.