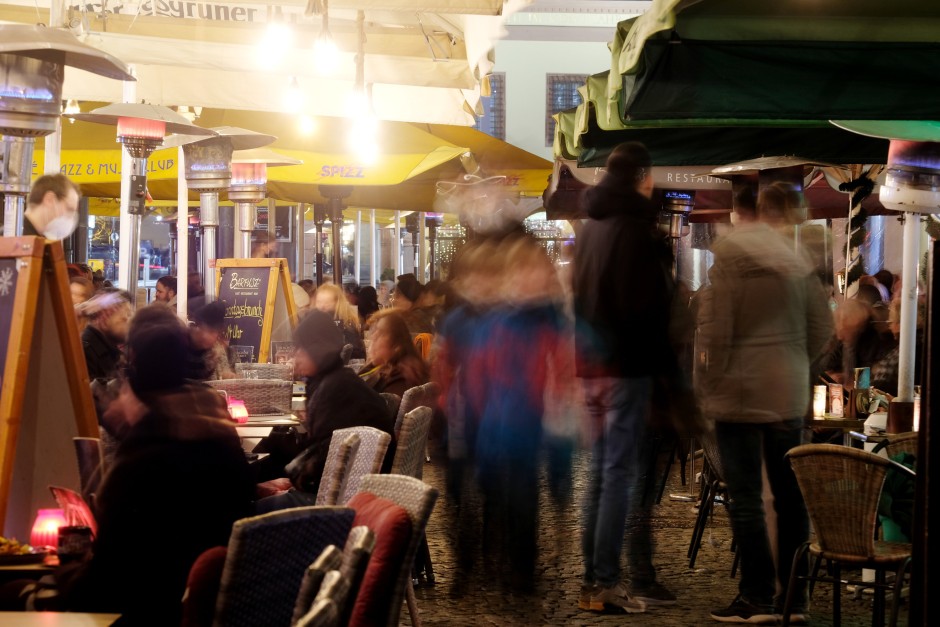 DThe nationwide seven-day incidence of the coronavirus reported by the Robert Koch Institute (RKI) has exceeded the threshold of 1400 for the first time. The RKI gave the value of new infections per 100,000 inhabitants and week on this Sunday morning as 1400.8. For comparison: the previous day the value was 1388.0, a week ago 1156.8, a month ago 285.9.

The health authorities in Germany reported 133,173 new corona infections to the RKI within one day. A week ago there were 118,970 infections. Experts assume that there will be a high and increasing number of cases that are not recorded in the RKI data, partly because testing capacities and health authorities are at their limits in many places.

According to the new information, 41 deaths were recorded across Germany within 24 hours. A week ago there were 59 deaths. The number of people who died from or involved a proven infection with the Sars-CoV-2 virus rose to 118,717.

The RKI has counted 11,022,590 detected infections with Sars-CoV-2 since the beginning of the pandemic. The actual total number is likely to be significantly higher, as many infections go undetected. The RKI gave the number of recovered people as 8,058,100.

The number of corona-infected patients who came to clinics per 100,000 inhabitants within seven days was given by the RKI on Friday at 5.45 (Thursday: 5.00). These may also include people with a positive corona test who have another main illness.

Chancellor Olaf Scholz (SPD) and Vice-Chancellor Robert Habeck (Greens) do not yet see the time for easing the Corona crisis. The FDP and the CSU, on the other hand, are pushing for rapid opening steps. After Scholz, Habeck has now dampened expectations: “Of course we need an opening perspective, but the easing has to come at the right time,” said the Economics Minister to the newspapers of the Funke media group. “The omicron wave hasn’t broken yet.” Scholz recently made a similar statement.

The coalition partner FDP, on the other hand, has long been calling for the rules to be relaxed soon. The corona numbers are currently reaching record values, but advocates of opening steps argue that the course of the disease in the case of an omicron infection is usually rather mild. Finance Minister Christian Linder (FDP) recently pointed out that the legal basis for the current corona measures will expire on March 19 anyway.

Health Minister Karl Lauterbach (SPD) again warned against hasty steps. “Our strategy has worked well so far,” he told the “Bild am Sonntag”. With targeted measures and boosters, it was possible to protect the elderly and those who were previously ill. “But if we relax too early now, we unnecessarily question our own success and risk new, dangerous infections and an extension of the wave. What we have built up in weeks, we can gamble away in days.”

The new Greens chairwoman Ricarda Lang told the “Tagesspiegel”: “I don’t believe in an outbidding competition for the relaxation of demands.” Citizens have already seen enough empty promises during the pandemic.

Bavaria’s Prime Minister Markus Söder (CSU), on the other hand, asked the federal government to submit an opening plan. “If we can be sure that the health system will not be overloaded, freedom rights should no longer take a back seat as in other phases of the pandemic,” said the CSU boss of the “Bild am Sonntag”. “We should take further steps to open up culture, sport and trade if the number of hospitals remains stable. The consistent use of FFP2 masks allows contact restrictions to be lifted.”

The next top-level talks between the prime ministers and Scholz are scheduled for February 16. Nationwide easing could be agreed there. On January 24, the federal and state governments agreed to develop “opening perspectives” as soon as the health system could be overburdened. Health Minister Karl Lauterbach (SPD) had stated several times that the peak of the omicron wave in Germany was likely to be reached in mid-February.

Habeck assured that the Corona economic aid would be made available “as long as it is necessary”. So far, the aid is limited to the end of March. The federal government wants to check whether they will be extended. “Should it be necessary to extend it again to ensure the survival of hard-hit companies, then we will do so and the necessary funds will be available,” assured Habeck.