Faeser rejects criticism of the essay 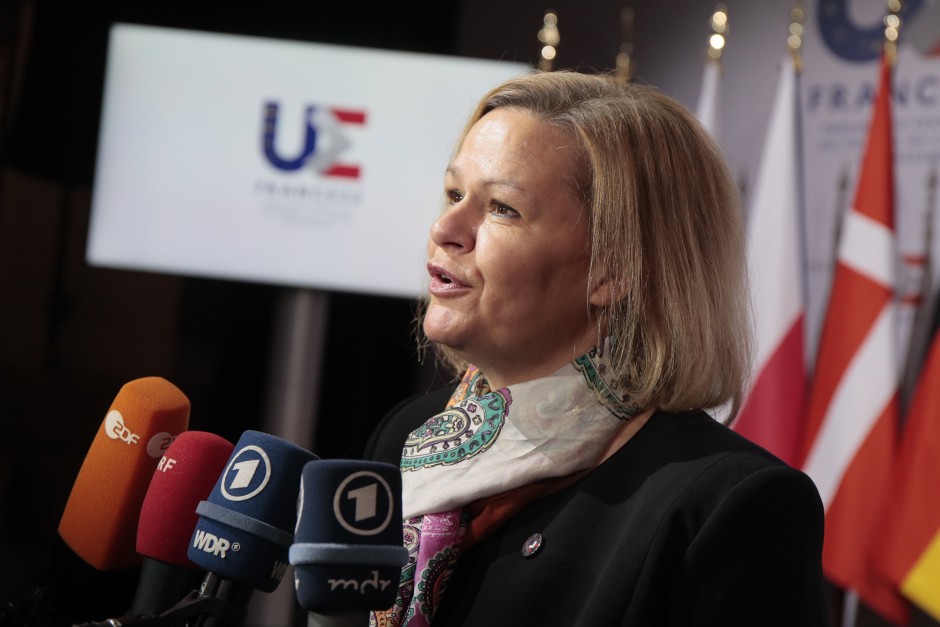 BInterior Minister Nancy Faeser (SPD) has rejected the criticism of an article published before her term in “Antifa”, the magazine of the “Association of People Persecuted by the Nazi Regime – Association of Anti-Fascists”. The new right-wing “Junge Freiheit” first reported on the text. “The allegations made by the ‘Junge Freiheit’, the AfD and then the Bild newspaper and CDU MPs are transparent. I have always shown a clear edge against right-wing extremism and all enemies of open society – and will continue to do so,” the minister tweeted on Sunday.

The reason for the text, which Faeser had written while he was SPD leader in Hesse, was right-wing extremist threatening letters that were signed “NSU 2.0” and also addressed to her. Faeser had written about attempts at intimidation and “fantasies of the annihilation of dissidents” and criticized the fact that individuals on the Internet could encourage each other “in fascist fantasies”.

Criticism from the CDU

The critics are apparently not bothered by the content of their text, but by the place of publication. The Bavarian Office for the Protection of the Constitution described the “Association of the Persecuted of the Nazi Regime” as “Germany’s largest left-wing extremist-influenced organization in the field of anti-fascism”.

“The interior minister has so far refused any explanation or differentiation from an organization that is considered to be influenced by left-wing extremists. She then has to do that in the next meeting of the interior committee, ”said the domestic policy spokesman for the Union faction in the Bundestag, Alexander Throm (CDU). Her personal appearance on the committee is overdue anyway.

In May 2020, Faeser, then leader of the opposition in Wiesbaden, together with her fellow parliamentary group members, asked “what social status” the Hessian state government attaches to the VVN-BdA. The response from the Hessian Ministry of Finance at the time stated that the association was “one of the oldest organizations in the field of anti-fascism and was assessed by the State Office for the Protection of the Constitution (LfV) Hessen as having left-wing extremist influences”.

CDU interior expert Christoph de Vries told the “Bild” (Saturday): “How should the employees of the Office for the Protection of the Constitution, whose job is to defend the free-democratic basic order, feel when their top employer gets in touch with enemies of the constitution?” He further commented Faeser’s contribution with the words: “The SPD is largely blind in the left eye”.