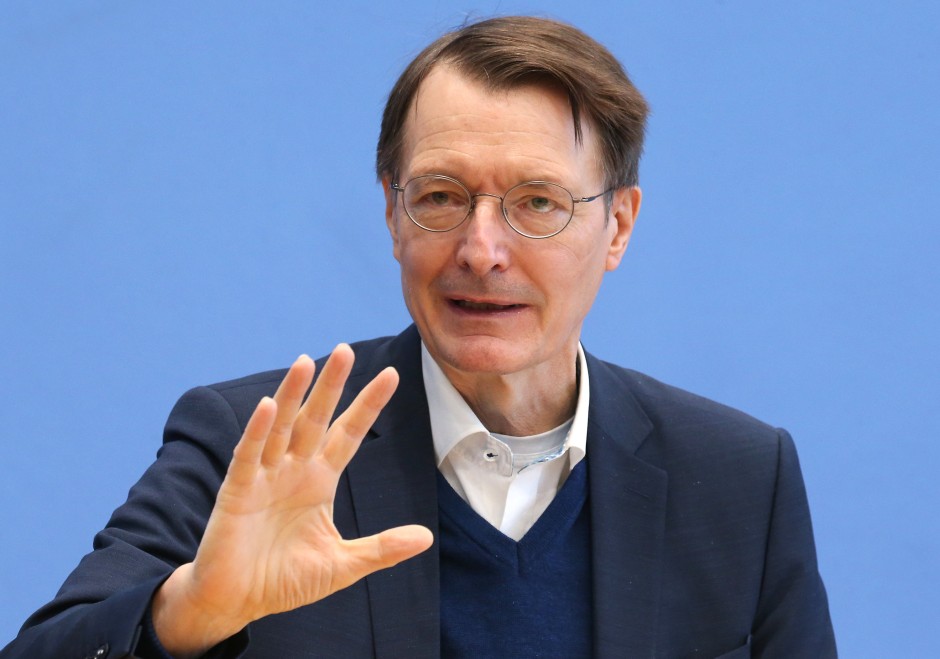 BHealth Minister Karl Lauterbach (SPD) criticizes the announcement by Bavarian Prime Minister Markus Söder (CSU) that he does not want to implement the facility-related vaccination requirement, which is due to come into force in mid-March. “The Bavarian state government should also take the law that has been passed seriously,” said Federal Health Minister Karl Lauterbach (SPD) on Monday to Söder’s announcement. Lax enforcement rules could endanger the lives of the elderly and the weak and jeopardize the credibility of politics, Lauterbach countered the CSU chairman. “It’s about protecting patients and residents. We have to protect the people in need of care in the homes,” says Lauterbach.

Söder had announced that “the most generous transitional regulations” would apply to the implementation of the facility-related vaccination requirement, which is due to come into force in mid-March. After intensive discussions with sponsors and municipalities, he does not see implementation by March 15, said the CSU chairman after a board meeting of his party in Munich. He spoke of a “de facto suspension of enforcement”. By how many months, that remains to be seen. Health Minister Klaus Holetschek (CSU) will present more details this week.

The partial vaccination requirement is “not an effective way” to dampen or stop the omicron wave, Söder argued. However, it could lead to a significant deterioration in the staffing situation in hospitals or retirement and nursing homes if nursing staff resigned. Söder sees this danger primarily in the facility-related vaccination requirement, not so much in the general one, for which he is still. In an interview with the FAS, Söder had already called for a postponement of the partial vaccination requirement to be examined. “Otherwise, the healthcare system could be overburdened simply by the migration of nursing staff because of the obligation to vaccinate.”

The Union parties are now making a U-turn in compulsory vaccination for nursing staff: CDU leader Friedrich Merz called on the federal government on Monday in Saarbrücken to suspend the introduction of compulsory vaccination for nursing staff planned for March 15. This is the “very unanimous” opinion of the board and presidium of the CDU, and the group leaders of the Union parties in the state parliaments have also agreed to this demand “without exception”. In December, the CDU/CSU parliamentary group in the Bundestag approved the introduction of facility-related compulsory vaccination.

Merz referred to NRW Minister of Health Karl-Josef Laumann (CDU), who reported in the party committees of “insurmountable difficulties in the facilities” in implementing compulsory vaccination. “We see a massive loss of staff there,” said Merz.

The Union faction approved the proposal in December “assuming that the problems can be solved,” said Merz. “We have to rethink how we deal with the subject of compulsory vaccination,” he said. “It can’t stay the way it is.”

Merz and the Union faction leaders of the federal states expressly supported the plan of Bavaria’s Prime Minister Markus Söder (CSU) not to implement the facility-related compulsory vaccination for nursing staff for the time being. “We are of the same opinion,” said Merz.

Call for a unified line in politics

The chairwoman of the conference of health ministers, Petra Grimm-Benne (SPD), is now insisting on a uniform path for facility-related compulsory vaccination. “Anyone who now questions the jointly decided vaccination requirement is putting the credibility of politics at risk,” said the Saxony-Anhalt minister on Monday to the newspapers of the Funke media group and the German Press Agency.

Grimm-Benne said: “In the Conference of Health Ministers (GMK), all federal states – including Bavaria – spoke out in favor of uniform implementation of the facility-related compulsory vaccination.” The aim is to protect those in need of care and other vulnerable groups from corona infection as best as possible. Vaccination against Covid-19 is one of the most important protective measures. “A suspension of the facility-related vaccination requirement would counteract our GMK decision,” says Grimm-Benne. “We will implement the law on March 16.”