“Signs of solidarity” – Schallenberg visited the front in eastern Ukraine 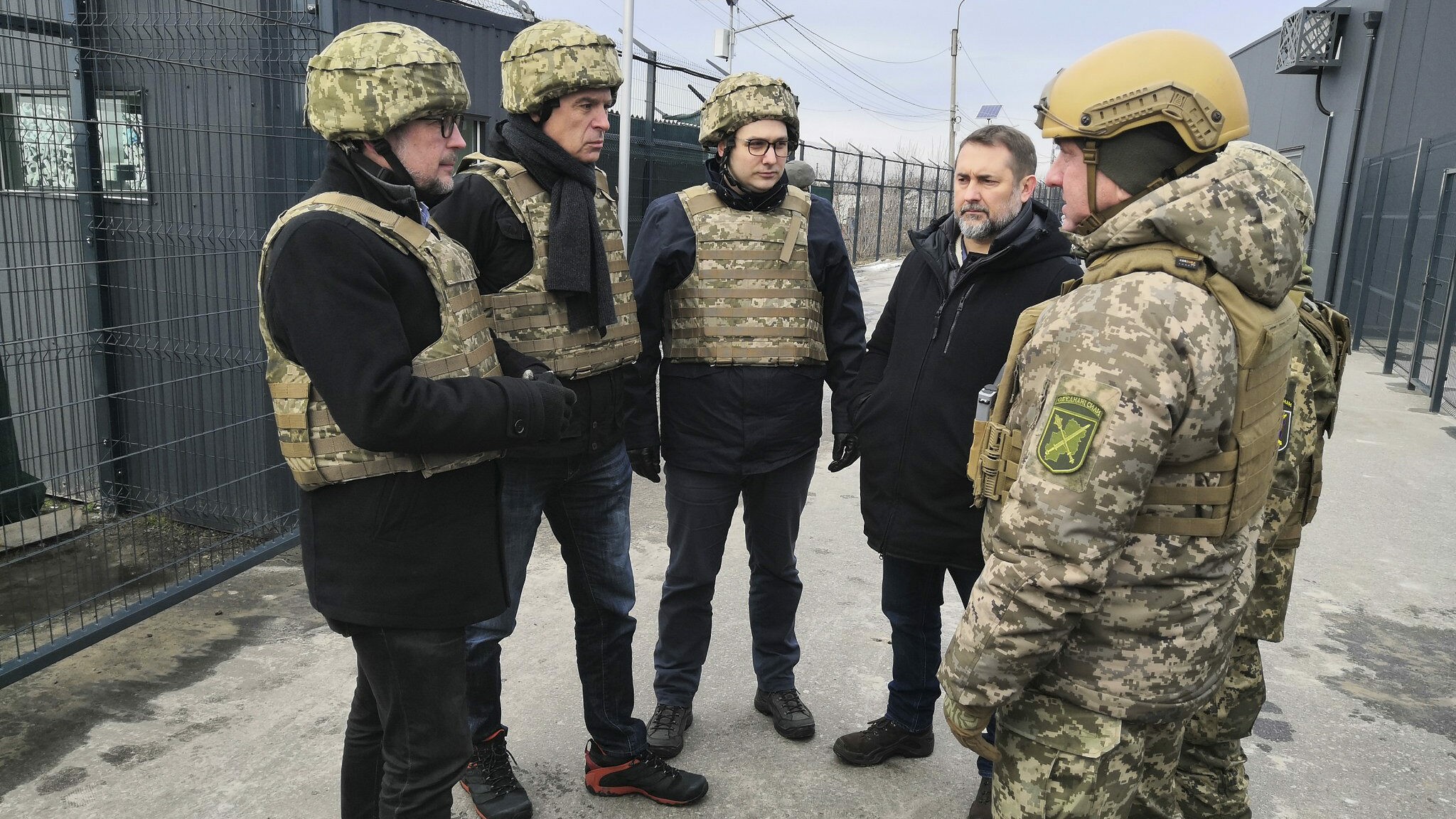 Once front and back. Groaning, the helicopter (from a Soviet military museum?) with the three foreign ministers from Austria, the Czech Republic and Slovakia on board Kharkiv roars for three hours over a wide, sparsely populated stretch. Ukraine is a big country. Also for tanks.

There are more and more houses that have been shot up. The front is not far away. Checkpoint in front of the city of Luhansk. A border crossing that couldn’t be more depressing. People have been separated here for eight years. They are allowed to cross the crossing from east to west once a month to collect their pension on the Ukrainian side. Old, frail people drag themselves past the checkpoints. “Ukraine’s security is also our security”. Deployment of troops behind the Russian border. Foreign Minister Schallenberg: “Our visit here is a sign of solidarity. The security of Ukraine is also our security.” “Krone” expert Kurz Seinitz accompanied the foreign minister