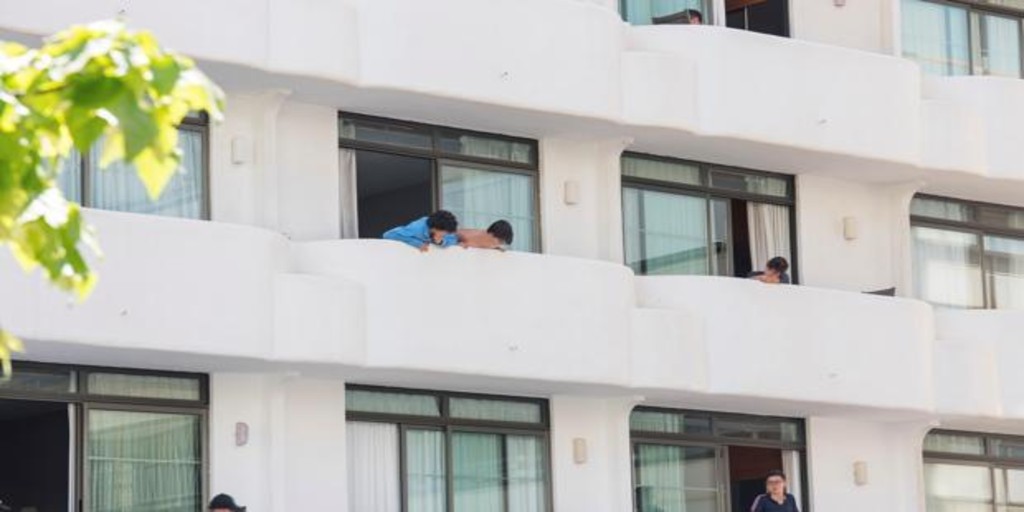 The macro outbreak of Mallorca is out of control. The Ministry of Health of the Balearic Government has confined himself to a hotel in the town of Alcúdia, in the north of the island, 21 Catalan students for allegedly having close contact with a travel companion who has tested positive for Covid-19. In addition, 49 of the 86 PCR performed on passengers on a flight from Palma to Santiago de Compostela have tested positive. As confirmed by the Ministry of Health of the Xunta de Galicia, 33 of these positive cases “are associated with student outbreaks on the island”, while the remaining 16 “are under study.”

At the moment, the Balearic Government keeps 285 students in quarantine in hotels, 265 at the Hotel Palma Bellver and 21 at a hotel in Alcúdia. To these we must add one of the two young people who escaped together with the Balearic denial activist Acción Sonia Terentyeva this Tuesday from the Covid bridge hotel on the Paseo Marítimo in Palma and who remains in quarantine on the island with relatives.

In this way, the positive cases in Mallorca linked to the macro-outbreak of student trips amount to 68, of which 16 remain admitted to the Son Espases Hospital despite the fact that, for now, they only have mild symptoms such as some fever. 51 more students have tested positive, although they remain without noticeable symptoms, so they are all at the Palma Bellver, except for the one who is quarantined in a hotel in Alcúdia.

Of the 218 close contacts identified and that have tested negative, 181 are still in the Puente de Palma hotel, 20 in the Alcúdia hotel, one quarantines on his own with a medical prescription and 16 have not been located in the Balearic Islands, according to the Ministry of Insular health.

In the case of Galicia, the general director of Public Health, Carmen Durán Parrondo, explained that all people are considered, with the exception of the employees who were in the cockpit, “Close contacts”Therefore, those affected are being surveyed to find out their contacts and proceed to prescribe the appropriate quarantines “as soon as possible”.

For her part, the president of the Balearic Government, Francina Armengol, assured this Wednesday that the regional Executive will abide by the decision of Justice on the isolation of the students affected by the mega-outbreak in Mallorca, who remain in a Covid hotel in Palma undergoing quarantine. “We will submit to what the Justice tells us,” he declared.

It should be remembered that, foreseeably throughout this Wednesday, the Contentious-Administrative Court number 3 of Palma will decide whether to ratify the forced confinement of these students. The Prosecutor’s Office already opposed this Tuesday to the confinement considering that the measures adopted by the General Directorate of Public Health “are not fully justified or proportionate.”

In statements to the media collected by Europa Press, the president reiterated that it is a matter of public health and that the Balearic Government has “very clear” criteria in this regard. “From my point of view as president of the Government, I believe that if the quarantine has to be carried out, it must be done, because if it is not a danger to the entire population,” he said.