2G divides society – but is already having an impact 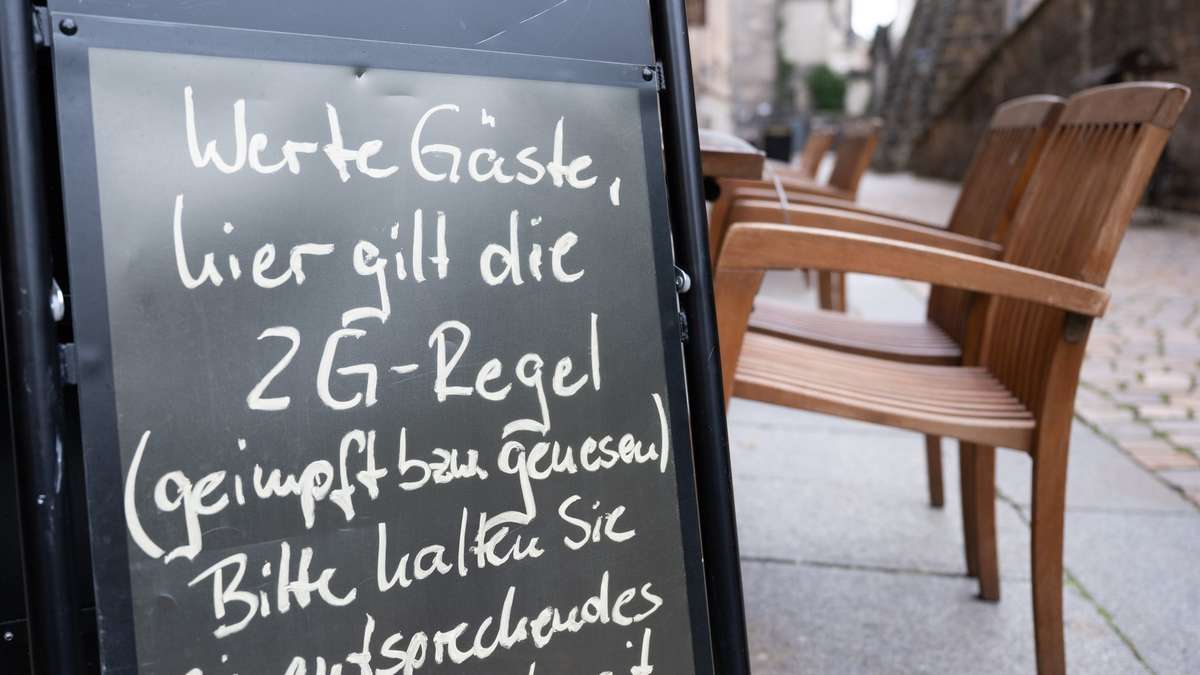 Disadvantages for people without a corona vaccination? This has been a hot topic for politicians since the beginning of the pandemic. Now they are becoming a reality. And apparently have an effect.

Berlin / Dresden – Saxony is a pioneer. The Free State is the first state to use 2G extensively against the rapidly increasing corona numbers. Only those who have been vaccinated and those who have recovered are now allowed to go to restaurants, pubs or discos; a negative test is of no use.

There is a lot of grumbling about this, including from innkeepers. But Saxony will probably not be left alone. Millions of people in Germany will have to be prepared to present their vaccination certificate in everyday life – or to stand at the door.

2G rules are also on the agenda in other federal states such as Berlin, Brandenburg, Baden-Württemberg and Bavaria. They are an option wherever infection numbers are skyrocketing and clinics are full. Saxony’s Prime Minister Michael Kretschmer (CDU) defends the restrictions on unvaccinated people as an emergency brake to avert worse things: the lockdown for shops and restaurants. But experts and politicians alike are astonishingly divided as to whether and how 2G works. Is the rule even harmful in the end?

2G: Understandable from a medical point of view

“From a medical point of view, the 2G option is basically understandable,” said the head of the National Association of Statutory Health Insurance Physicians, Andreas Gassen, of the German Press Agency. But it is difficult to implement. “In addition, constitutional and sociopolitical questions are raised by a mandatory introduction that cannot be answered by medical professionals.” AfD boss Tino Chrupalla chooses drastic words. The switch to 2G is catastrophic and will lead to social division, Chrupalla told the broadcaster Phoenix.

Kretschmer for the right to information about employee vaccinations

In the fight against the corona pandemic, Saxony’s Prime Minister Michael Kretschmer is campaigning for companies to be able to ask their employees about the vaccination status. The CDU politician said on Monday after a meeting with the Italian Minister of Health Roberto Speranza in Rome. The already known 3G regulations are a step in the right direction.

Kretschmer for the right to information about employee vaccinations

Saarland relaxed: Many restrictions have been removed

Those who have 3G – that is, vaccinated, recovered or tested – can now be on the move in Saarland almost as they were before Corona. Breathe a sigh of relief in the leisure and event industry too: a full house is possible again.

Saarland relaxed: Many restrictions have been removed

Mathias Schilling has been a cross-border commuter between West and East since childhood. By and large, the togetherness works. The unity ambassador of Mecklenburg-Western Pomerania also sees shadows.

Some experts even have doubts about the medical sense. 2G gave a “sham security”, criticized virologist Jonas Schmidt-Chanasit on the weekend on Deutschlandfunk. Vaccinated people could also become infected and transmit the virus. Only tests on everyone, whether vaccinated, unvaccinated or recovered, would give real security. He called the 1G. His colleague Hendrik Streeck objected to the editorial network Germany: If unvaccinated people were excluded, they might be even less tested and celebrated at home without being tested.

The Thuringian Prime Minister Bodo Ramelow – who has similarly dramatic corona numbers as Saxony in his state – is also at a distance from 2G. His argument: who should control all of this? And what use are rules that no one monitors? Anyone who has recently been to a café or restaurant knows how differently valid 3G rules are enforced. Whether someone has been vaccinated, recovered or recently tested: Often no one asks about it.

Politicians do not want to put the unvaccinated under pressure

In politics, however, there is also a noticeable discomfort at putting the unvaccinated under pressure. The debate was held at the beginning of the vaccination campaign and has never really been resolved. “No special treatment for vaccinated people! A distinction between those who have been vaccinated and those who have not been vaccinated is tantamount to a compulsory vaccination ”, warned Federal Interior Minister Horst Seehofer (CSU) in the“ Bild am Sonntag ”at the time. The interview is prominently featured on his ministry’s website to this day.

The opponent at the time was Foreign Minister Heiko Maas (SPD). He called for people who have been vaccinated to go back to restaurants or cinemas earlier than others. “Vaccinated people should be able to exercise their basic rights again,” Maas told the BamS at the time. The debate was premature because vaccine was still in short supply. But the dilemma remains: Is it allowed to discriminate against people who decide not to vaccinate? Does that drive the wedge even deeper between the majority of those vaccinated and the minority of skeptics?

For the deputy head of the German Ethics Council, Julian Nida-Rümelin, this is an “unnecessary stress test”, as he told the RND: “Now, by excluding people from social, cultural or economic activities, forcing those who do not want to be vaccinated leads to one Anti-vaccination heroism, where people take pride in resisting. “

But not everyone in the Ethics Council shares this opinion. The chairwoman Alena Buyx did not rule out privileges for vaccinated and convalescent people in principle in the summer. “I very much hope that the situation will not be so bad that 2G has to be used across the board,” Buyx said on ZDF at the time. Buyx did not have time for a discussion at short notice. However, your office confirmed that the Ethics Council did not have a coordinated position on 2G.

Vaccination numbers in Saxony are already going up

Whatever your position on 2G, a side effect of the debate can already be observed: The vaccination rates are high – even in Saxony, which has the lowest vaccination rate in Germany to date. Demand is also increasing in Baden-Württemberg, in Berlin, Lower Saxony and Mecklenburg-Western Pomerania. There, the Greifswald vaccination base saw itself “completely overrun for days”, as the district of Vorpommern-Greifswald announced.

The extremely increasing number of corona cases are certainly contributing to this, but 2G is also increasing the pressure. “In individual responses, the increasing use of 2G is cited as the reason for the vaccination decision,” reported the spokesman for Northwest Mecklenburg, Christoph Wohlleben. dpa