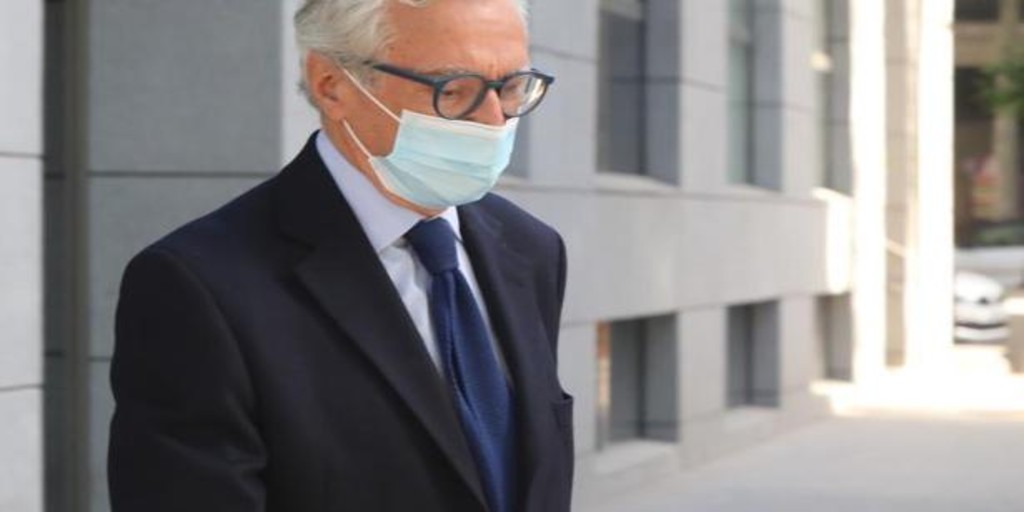 The former Secretary General and Secretary of the Board of Directors of Repsol, Luis Suárez de Lezo, declared this Thursday at the National Court that the contract with the company of commissioner José Manuel Villarejo Cenyt paid for half with Caixabank responded to a “real concert hostile “from the former president of Sacyr Luis del Rivero and the Mexican oil company Pemex who was going to seriously harm Repsol.

As investigated, Suárez de Lezo explained that he did not know the company or the commissioner and it was the then Repsol Security Chief, Rafael Araujo, also accused, who gave him everything. He informed him that he had turned to a solvent company that worked for large Spanish companies to entrust him with business intelligence work, in order to defend Repsol from a takeover bid and thus prevent a Pemex from controlling the company.

He was not surprised. As detailed, the Government of Argentina contacted Repsol to ask for explanations regarding the possibility that Pemex controlled the Spanish company, which exploited its resources there, as reported to ABC in sources present in the statement. This has thus had an impact on the impact that this maneuver could have for Repsol, since, as it has been pointed out, the alliance would end up disintegrating the company, separating the national from the international part and would go through stealing its deepwater technology and its best specialists.

Suárez de Lezo has emphasized that he did not receive any order from the President of Repsol, Antonio Brufau, on this matter and that his knowledge of the development of the work entrusted to Cenyt was limited to brief, executive and occasional meetings with Araujo, who provided him with information general, but not details. In any case, he does not rule out that Brufau and the then president of Caixabank, Isidro Fainé, spoke of the subject. It sounded familiar to him that Araujo told him that he would speak with his counterpart at the financial institution, Miguel Ángel Fernández Rancaño. The maneuver hurt both companies, as Caixabank was the reference shareholder of the oil company.

He then declared before the judge Juan de Amunátegui, that on the dates that Villarejo was commissioned to, he was the corporate director of Human Resources Services at Repsol. According to him, according to the legal sources consulted, his knowledge of the matter was limited to “gossip” that Rafael Araujo commented to him, who did not formally dispatch with him. From the idea that was made of what he was telling him, it was a matter of obtaining the most information about Sacyr and Pemex, but he never knew anything related to monitoring or control of call traffic.

In your case, your signature appears as authorized on one of Cenyt’s invoices. He explained that he did not pay attention to the specific concept, since it validated hundreds of invoices, beyond the fact that it was from the security and surveillance area. He did not know who had hired Cenyt or who Villarejo was or what relationship he had with the company, nor did he know, according to his statement, until the Tandem case was reported to the media.