A star with planets orbiting at right angles puzzles astronomers 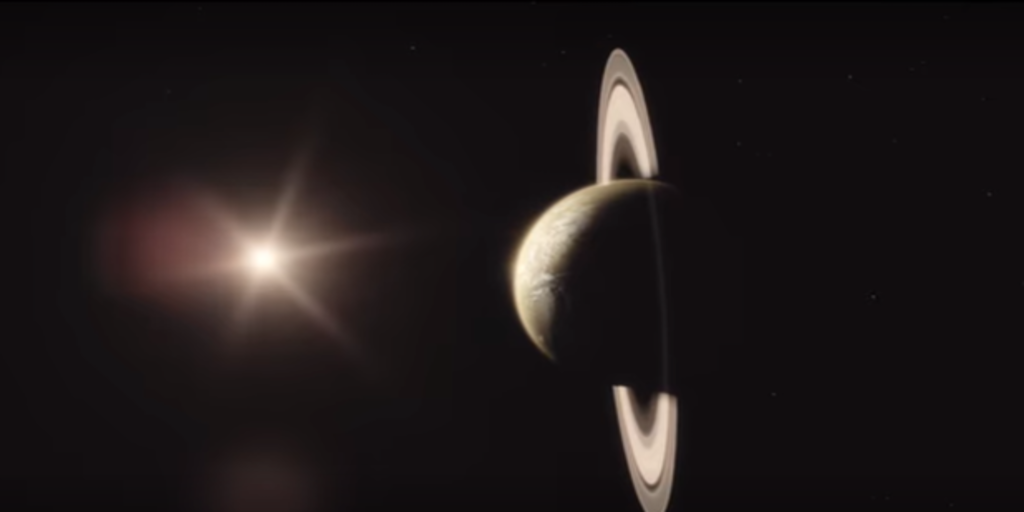 We already know more than 3,000 different solar systems, with more than 4,500 exoplanets. Of course, they are not all alike, and that has given us the opportunity to study very different sizes, orbits, and compositions. And also very diverse planetary alignments, although never like the one studied by a team of astronomers from the University of Geneva, who have been able to see how two of the three planets detected around the star HD 3167, in the constellation Pisces, orbit in planes perpendicular to the first.

Planets are born from a ring of material left over from the formation of their own star known as the ‘protoplanetary disk’. Normally, this disk revolves around the star following its equatorial plane, and the worlds that are being formed inside it are usually kept in the same orbit, unless some external event occurs that disturbs it. But two of the three known planets in HD 3167 appear not to have behaved this way.

In our Solar System, all the planets are close to the equatorial plane of the Sun. That is, they are ‘aligned’ with their star. However, a 2019 study revealed that two of the three planets around the star HD3167 are not aligned with it. They are HD3167c and HD3167d, two ‘mini Neptunes’ that orbit in 8.5 and 29.8 days, respectively. Both, to the surprise of astronomers, pass over the star’s poles, that is, almost 90 degrees from its equatorial plane. Only one of them, the one that orbits closest to the star, does so ‘correctly’, around its equator. What could be the cause of this strange configuration?

Now, two years after the discovery and with new, more efficient instruments, the University of Geneva team has revisited the strange planetary system. And according to a study just published in ‘
Astronomy & Astrophysics‘, this arrangement of planets so radically different from that of our Solar System could be due to the gravitational influence of a distant companion of the star. One that has not yet been captured by telescopes and is therefore unknown.

By re-observing this system, astronomers were able to measure the orientation of the orbital plane of the planet closest to the star, super earth HD3167b, which orbits in less than a day (exactly 23 hours). When a planet transits its star, that is, passes in front of it according to our point of view, the orientation of its orbit can be determined with a spectrograph, which allows us to measure the movement of the stellar regions hidden by the planet in transit and thus deduce its trajectory. The smaller the planet, the more difficult it is to detect this movement. That’s why the astronomers used the ESPRESSO instrument and the 8.2-meter Cheops telescope, one of four on the Very Large Telescope (VLT) in Chile.

Thanks to the precision of the new measurements, the researchers were able to more accurately determine the orbit of HD3167b, which is aligned with the star and is therefore perpendicular to the orbital plane of its two siblings. “We needed a maximum of light and a very precise spectrograph to be able to measure the signal of such a small planet”, says Vincent Bourrier, researcher at the Department of Astronomy at the Faculty of Sciences of the University of Geneva and the first author of the article. Two conditions are met by the precision of ESPRESSO, combined with the collecting power of the VLT. “

The new results seem to confirm the 2019 prediction that a fourth body would be present around HD 3167. According to this hypothesis, HD 3167 b would have remained in the plane in which it formed due to the proximity of its star, while the two More distant mini Neptunes were able to free themselves from it, although they eventually fell under the influence of this fourth body, which would have gradually misaligned their orbits according to the so-called ‘Rossiter-McLaughlin effect. The results also show that exoplanets in perpendicular orbits, resulting from gravitational interactions with external partners, may be a more common phenomenon than previously thought.

Now it only remains to confirm the existence of this mysterious companion. For this, new and more precise observations will be necessary. The search for the ‘fourth object’ will be done primarily by tracking radial velocities with the Gaia satellite.