Abascal insists Casado on the motion of censure against Sánchez: “Assume your responsibility” 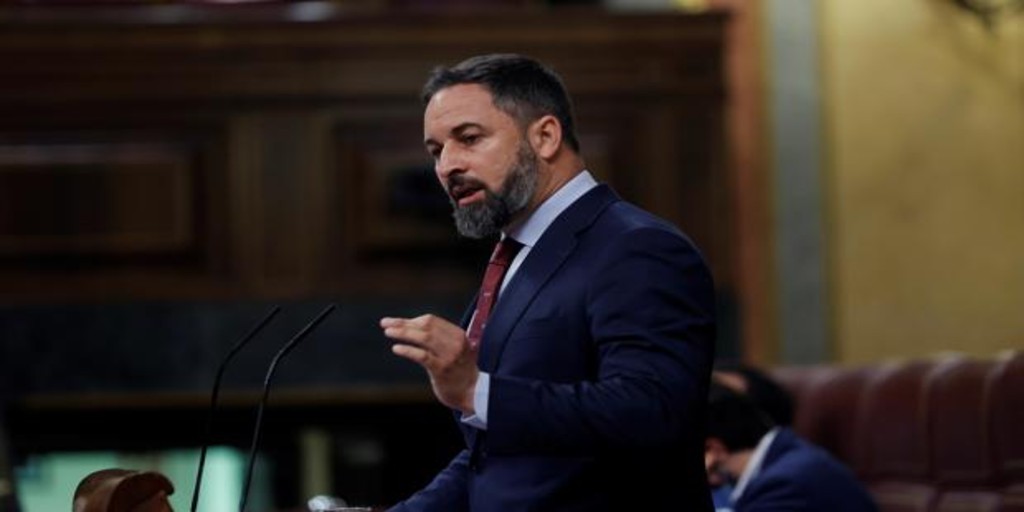 Vox insisted this Tuesday on the “need” for the PP to present a motion of censure against Pedro Sánchez. On this occasion it was Santiago Abascal, who took advantage of his turn to speak during the appearance of the Prime Minister to ask Pablo Casado from the gallery of the Congress of Deputies to take the step and lead the measure. “Take responsibility”, said the top leader of the formation.

Abascal’s words have been produced after a collection of criticisms and reproaches to Sánchez for granting pardons to those sentenced by 1-O and the management of recent months. “It is a government that deserved to be censured (by the motion of October 2020) and that now deserves it a hundred times more,” said Abascal, who has reiterated that “there have never been so many and such diverse reasons” to censure the president of the Executive.

The invitation of the Vox leader to his PP counterpart follows the line manifested in recent weeks, which is none other than pressuring the popular to be the first opposition party to lead the initiative. “It is believed that he does not dare,” Abascal has encouraged Casado, referring to Sánchez and a supposed tranquility regarding this issue. Be that as it may, the truth is that since Genoa they have eluded the motion of censure and to date they have only demanded the electoral advance. So much so, that the leader of the formation has repeated it this Tuesday in the Lower House. «Resign, dissolve Parliament and call elections. Only then can history perhaps pardon him, “he said during his speech.

The president of Vox has advanced “his support without reproach” and has tried to dismantle the hypothesis that the sum would be insufficient due to parliamentary arithmetic. “Have you spoken with the rest of the parties?” Asked Abascal, referring to formations such as Teruel Existe, the Regionalist Party of Cantabria or the Canary Islands Coalition, always with the issue of pardons as a basis. “We know it is not easy; We do not rush and we do not set a deadline, “he concluded. As ABC has been reporting, Ciudadanos has already announced that in the hypothetical case that the PP presented the motion of censure, they would support it. Thus, the position of the orange formation would be the opposite than in October, when they voted “no”.

“His word is worthless”

The main argument for the measure, Abascal stressed, is that Sánchez “has crossed all the lines.” His criticism refers to the measure of grace, the prison policy with ETA prisoners and the approaches to the Basque Country, the management of the crisis with Morocco, the pandemic, the economy … “There are dozens of very serious reasons to get out of La Moncloa », he declared.

Precisely his stay in the presidential palace has been one of the attacks most used by Santiago Abascal against Pedro Sánchez, as a justification for each of his movements. “The only public utility of the pardons is to continue in La Moncloa,” he asserted, alluding to the president’s argument about the measure of grace for politicians imprisoned in Catalonia. In that sense, the leader of Vox has ironized with the certainty – announced by Sánchez – that in no case will there be a referendum. «It seems a very clear threat that there will be. His word is worth nothing, “he said.