Almagro raises the curtain this Thursday with 75% occupancy 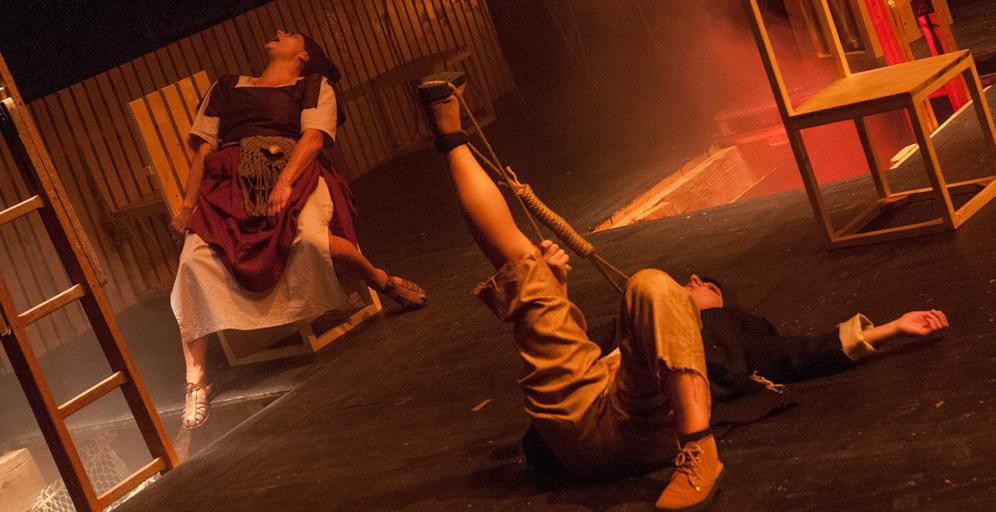 The city of Almagro from this Thursday until July 25 will host the 44th edition of the International Classical Theater Festival, the festival of the Golden Age that this year will have the presence of 38 companies from 11 autonomous communities and that begins with 75 percent of its occupation, after last year’s edition, in which many shows had to be suppressed due to the coronavirus pandemic.

The festival maintains its commitment to the visibility of women as evidenced by the verse of Sor Ana de la Trinidad chosen as motto: And the short time you will spend in flowers, chosen for the 2021 edition.

With 13,000 tickets sold, -74.43% of its occupancy-, according to the data provided by the organization, the Almagro Festival opens this Thursday at the Palacio de los Oviedo with the delivery of the Corral de Comedias Award to actress Julieta Serrano.

After this ceremony, the National Classical Theater Company will premiere Antony and Cleopatra, by William Shakespeare, in a version by Vicente Molina-Foix, directed by José Carlos Plaza and starring Ana Belén and Lluís Homar, which can be seen from July 1 to 4, with sold out.

In addition, the premiere of The dead queen, sound fiction about Inés de Castro and Blanca de Navarra, a text by Alfonso Latorre under the direction of Benigno Moreno; The dog in the manger, covered and directed by Paco Mir; The life is dream, in version and direction of Pablo Viar; Y The bizarre things of Belisa, from the company Clásicos on the Road.

Almagro this year has Portugal as a guest country, from which the attending public will be able to know the influence it has had during the 16th and 17th centuries. The program luso opens this Saturday 3 July with the actAnd time will soon pass in flowers, in the Corral de Comedias.

On July 2 and 3, at the Casa Palacio de los Villarreal (Palacio de los Oviedo), you will be able to see The struggle of the farmers of Caldelas the Famous Entremés about da pesca do Río Miño, a story that tells us about the dispute for the right to fish, from the Braga Theater Company and the Galician Dramatic Center. On the 7th in Aurea, it will be represented Castro, of the National Theater Sâo Joâo de Oporto, work by poet António Ferreira.

On July 16 and 17, at the Palacio de los Oviedo, he takes the stage Boat from hell, by A escola da noite and Centro Dramático de Évora. While on the 22nd and 23rd it is the turn of Nao D’amores who will represent Launch, the tragedy of Inés de Castro; a show based on the works Nise pitimosa and Nise laureada by Jerónimo Bermúdez. The programming of the neighboring country is completed with the concert of this hard life, from The musicians of the Tagus.

The festival organization has also scheduled the exhibition of drawings of “Women of the Golden Age” by the set designer, architect and great intellectual of Portuguese theater, José Manuel Castanheira, who has also been in charge of drawing up the poster for 2021. based on the poem by Sor Ana de la Trinidad and reflects a flowery woman, that theatrical woman, that woman who is observed by those chairs similar to those of the Corral de Comedias and who embodies that value of hope and a new time for Almagro .

The 44th edition will feature a total of 38 companies, which will perform 84 functions, from 11 autonomous communities: Andalusia, Castilla y León, Castilla-La Mancha, Catalonia, Community of Madrid, Valencian Community, Extremadura, Galicia, Murcia, Foral Community Navarra, which is the Guest Community, and the Basque Country.

There will be a total of 11 premieres, 7 of them absolute and 4 in Spain. Regarding the authors, nine are authors and 28 are from the Golden Age. Regarding the stage direction, 23 directors and 25 directors in all the programming.

The Board of the Festival is made up of the National Institute of Performing Arts and Music (Inaem) of the Ministry of Culture and Sports; the Junta de Castilla-La Mancha; the Provincial Council of Ciudad Real; the Almagro Town Hall and the University of Castilla-La Mancha.