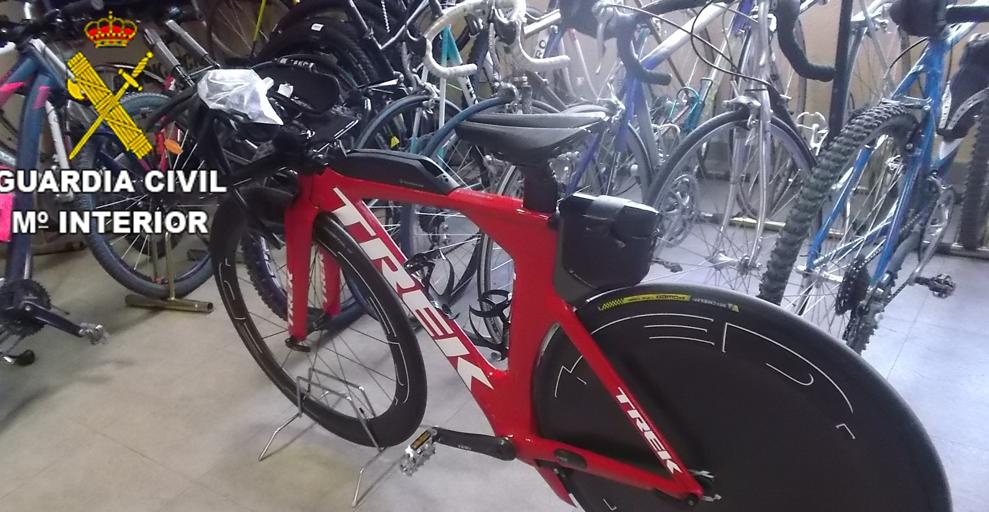 The Civil Guard has arrested a man 35 years of age for a crime of child abandonment and a crime of theft. This person left his son, barely three months old, alone inside a vehicle while he fled from the agents trying to avoid being arrested for the theft of a professional bicycle months before in a Madrid parking lot.

Last February, a National Police station reported the theft of a high-performance bicycle, valued at around 8,000 euros that is used for time-trial competitions, from a Madrid parking lot. Through social networks it was found that this bicycle could be found in the area of
SeseñaTherefore, the Investigation Area of ​​the Civil Guard of this town began an investigation and managed to identify the person who was using it in this municipality, a 35-year-old man of Colombian nationality with numerous criminal records.

This October the investigators, in collaboration with an agent belonging to the National Judicial Police of Madrid, located a bicycle with the same characteristics as the one reported in a sports store in this town, which had been delivered to repair and make a tune-up. It was then verified with the complainant that it was his, for which it was recovered and handed over to its rightful owner.

While this was happening, the criminal was seen by the agents in the vicinity of the store, who, when discovered, fled the scene. After a couple of hours, the agents returned to locate him on a street near the establishment, where he had left his vehicle improperly parked. This man started a new escape on foot and in his career lost a bag that he was carrying.

When the agents checked the contents of the bag, they found the keys to the vehicle and proceeded to open it, discovering inside a baby of just three months of age crying and placed in a baby seat at the back of the car. They immediately contacted the health services to check the child’s health, while preparing a bottle to hydrate him. Simultaneously with these events, this man was arrested on another street in this town.

Finally, it was found that the baby’s state of health was good and he was handed over to the maternal grandfather, while his father was placed at the disposal of the Court of First Instance and the corresponding Guard Instruction of Illescas for the crime of abandonment of a minor and the crime of theft.