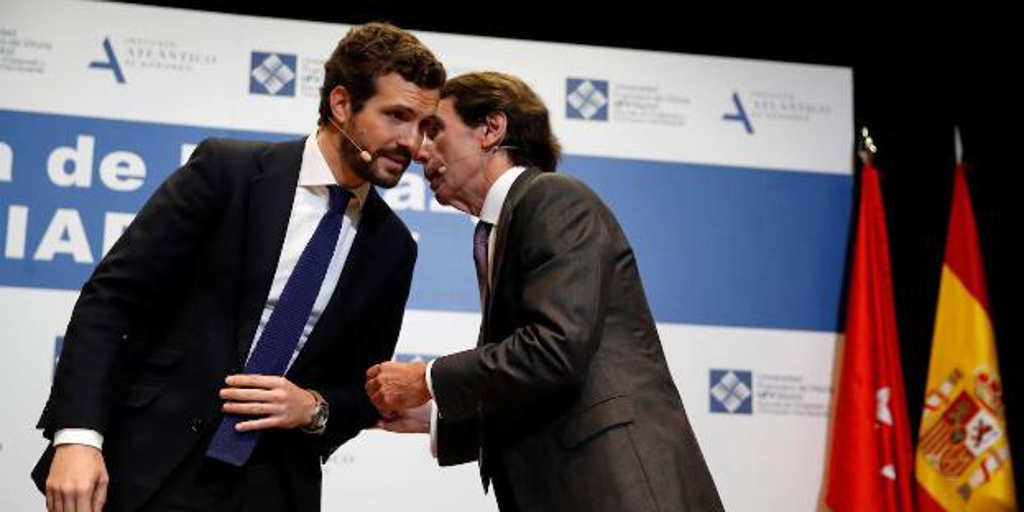 The foundation that presides Jose Maria Aznar, FAES, stressed yesterday, through an editorial note, that the success of
Isabel Diaz Ayuso it is also from Pablo Casado. “He is not only the president of the Popular Party, but he leads that generation of political leaders of which Díaz Ayuso is so representative, although fortunately for the PP he is not the only one in which to place the trust of the political change that Spain requires”, Explain.

According FAES, “Pablo Casado faces a complex and demanding task, but he has taken important steps and today, from his leadership, that task seems somewhat easier.”

Aznar thus reiterates his express support for Casado, one day after congratulating Ayuso as “great hope for all.”

FAES believes that 4-M is the failure of the left, «Of his grotesque anti-fascist alerts, of the permanent imposture of leaders like Pablo Iglesias, a true predator of democratic politics that seeks to pass itself off as a victim; it is the failure of its inconsistency.

The editorial note of FAES begins like this: “It is astonishing that the left, clamorously defeated in Madrid, reacts to its failure by insulting 45% of the voters who decided to support the candidate of the Popular Party and president of the Community, Isabel Díaz Ayuso.”

“From Podemos, we make use of the moth-eaten Marxist analysis of the alienated conscience that leads hundreds of thousands of workers to vote for the PP. From the PSOE, the first vice president of the Government has not only been proclaiming some delusional electoral analyzes, but also refers to the voters of the PP as hallucinated people without contact with reality because, if they had had it, they would have undoubtedly voted for the Socialists » .

The FAES by Aznar stresses that “in the face of“ this display of pride and resentful contempt for voters, Isabel Díaz Ayuso has spoken of prudence and commitment, acknowledging the votes “borrowed” that have contributed to building her majority, knowing how to measure what her enormous victory means based on of a government task for which he asked for the confidence of the people of Madrid ».

According to the absorption of Citizens, from this foundation this reflection is launched: «That the implosion of Ciudadanos has not been surprising because it was preceded by all the forecasts points unequivocally to a regrouping in the center right that has to continue to consolidate as a process of joining forces, not as a bet on the defeat of an adversary who has provisionally occupied a segment of the electorate that the PP can legitimately claim ».