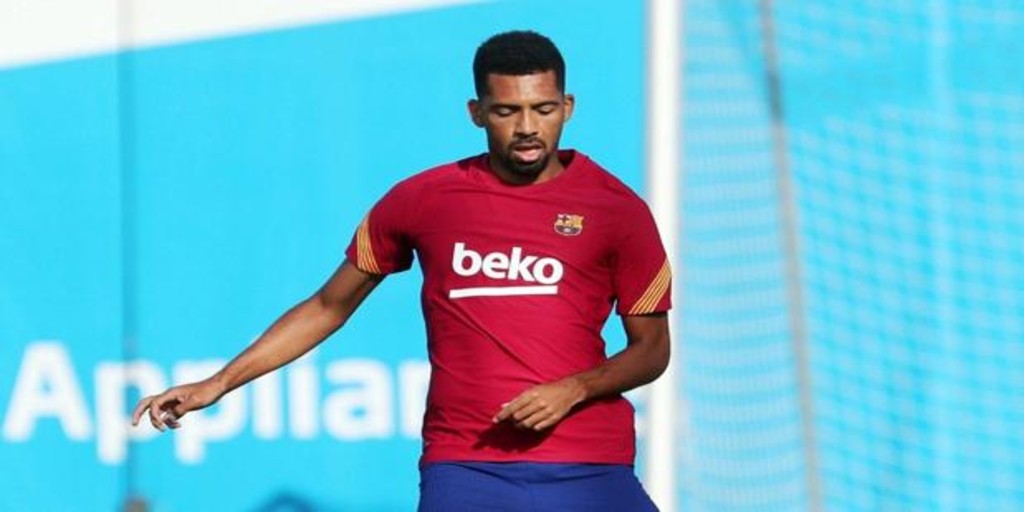 The cleanup that the directive plot intends to do has begun and that has already been announced Laporta when he won the election. Obsessed with lowering the wage bill and freeing up chips (until yesterday there were 32 first-team players), the president has gone to work to loosen ballast, above all, in response to the requests of Ronald Koeman. After the sale of Todibo to Nice for an amount of 8.5 million euros plus another seven in variables (magnificent operation, taking into account that it cost one million euros), it was the turn of Matheus Fernandes, which was not in the plans of the Dutch coach. However, in this case, Barcelona will not enter a euro for the Brazilian, since he has decided to terminate his contract even though he still had 4 years ahead linked to the Catalan entity. Through a statement, the club explained that “FC Barcelona has communicated to the Brazilian player Matheus Fernandes that it dispenses with its services and The contract that linked him with the club until June 2025 has been terminated». No thanks or anything. In fact, the footballer learned of his dismissal through an email.

Matheus has been one of the most controversial signings of recent times, as shown by it was not even featured officially and that he has not played a minute in the League or in the Cup. His background with the Barça shirt is limited to 17 minutes in the Champions League against Dynamo Kiev. He arrived at Barcelona backed by Eric Abidal, then technical secretary, who saw him live when the midfielder was playing for Palmeiras. After intervening in the operation André Curand, who recommended the player, Barcelona paid the Brazilian club seven million euros plus three in variables. It was January 2019 and the player went directly to Valladolid on loan because he did not pass the cut to play for the Barça club without an adaptation period. Last August he was already part of Barcelona’s first team. Quite a mystery considering that at Palmeiras he had only played 11 games.

Now the question arises as to under what conditions Barcelona have thrown the player, since they still had four years of contract. Although he lightened the salary mass, the Brazilian was one of those who earned the least on the team. The official website of the Catalan club defined it as follows: «Matheus Fernandes He stands out for being a player with a great defensive capacity and with a good output of the ball from behind. His ideal position and where he has played mainly is as a defensive midfielder, as a pivot in front of the defense. At 1.83 m tall, the Brazilian has a great ability to recover the ball and is a very complete midfielder and with a good right leg. The next to leave could be June Firpo, since Leeds is very interested in signing him and the operation could close at about 15 million euros. Umtiti, Wagué, Coutinho, Aleñá and Braithwaite They are other footballers who do not enter into Koeman’s plans.