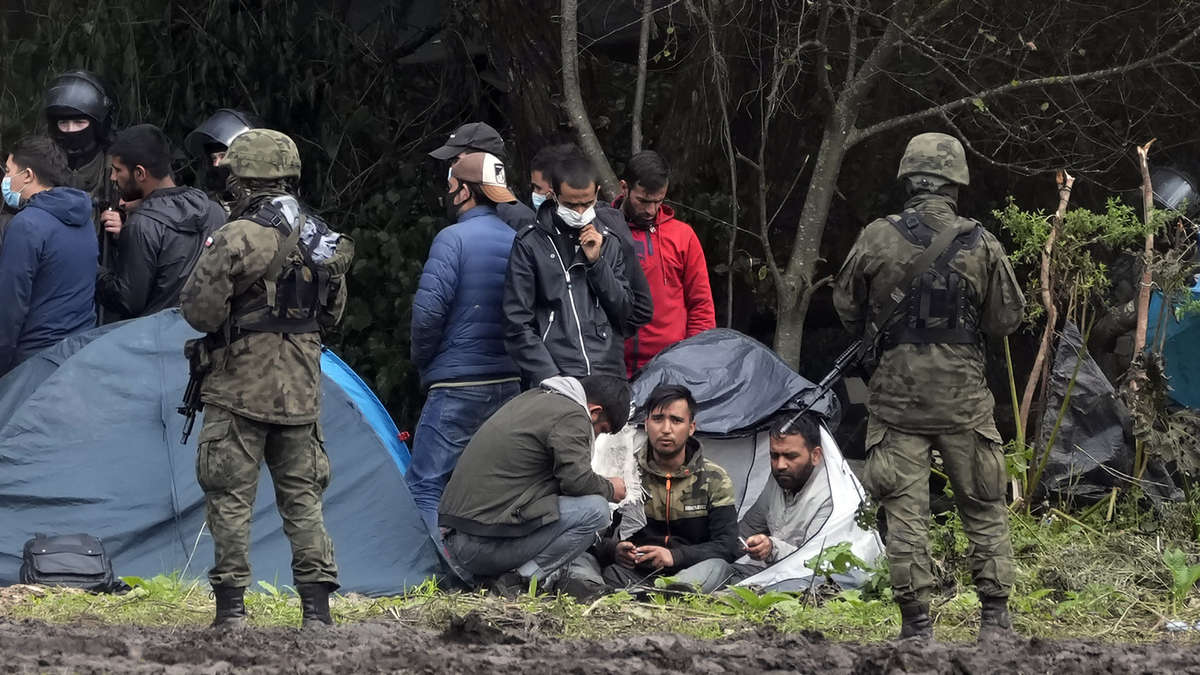 According to the Polish authorities, a “large group” of Belarusian security forces is moving towards a camp set up by migrants in the border area near Kuznica.

Warsaw – The Polish Ministry of Defense wrote on Tuesday on Twitter. It posted a video on which the marching Belarusian security forces can be seen.

The Belarusian state agency Belta reported alleged shots on the Polish side. The day before, state-affiliated Belarusian media had written about gunshot noises. From the Polish side there was again initially no official information.

On Monday, according to Polish authorities, larger groups of migrants on the Belarusian side near the Kuznica border crossing, which has now been closed, tried in vain to break through the fence. According to Polish authorities, there were between 3,000 and 4,000 migrants in the border area. Thousands spent the night in tents in sub-zero temperatures. Belarusian state media released photos and videos of people gathered around campfires and children lying in sleeping bags on the ground in the forest area.

The government in Warsaw and the EU accuse the authoritarian Belarusian ruler Alexander Lukashenko of having people flown in from crisis regions such as Afghanistan and Iraq in order to smuggle them into the EU. (dpa)