between Alexander the Great and Muslim culture 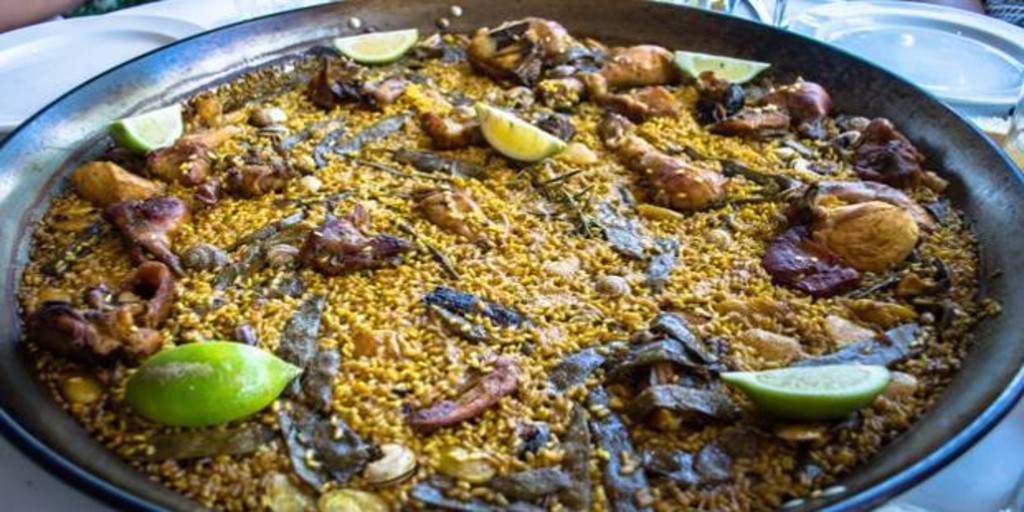 The paella represents a true social phenomenon in the ecosystem of the Valencian Community, both for its cultivation and production, as well as for the art in its preparation and tasting. Its documented origins date back to 330 BC, specifically to the Indic raids of Alexander the Great, who brought rice to Europe.

However, rice was not sown in large quantities in Valencia until the arrival of the Muslims, who introduced different improvements in cultivation techniques and irrigation systems along the coast of the Mediterranean Sea.

Two centuries later, the cultivation and trade of the saffron, both in regions of Andalusia, and in areas located in what is now Castilla-La Mancha and the Valencian Community. Unmistakable proof that rice was cultivated during the Andalusian period was the order for the removal of the rice fields near Valencia by the King James I, who limited agricultural work to the coastal lagoon of Albufera.

According to the decree that declares the Valencian paella as an Asset of Intangible Cultural Interest, after the expulsion of the Moors, rice was not valued as a valuable ingredient, although there is evidence that peasants from different regions of the interior of the Community did. consumed as it was a food «easy to transport and that it could be cooked with other ingredients they had on hand.

During the 16th century, there is evidence of the use, whitening and cleaning of rice husks, as indicated by the playwright Francisco de Paula Martí in a small treatise annexed to the study ‘General Agriculture of Gabriel Alonso de Herrera’ (1513).

The degree of perfection of the Valencians

More than five hundred years ago the playwright wrote that “Valencians have the vanity, in my opinion well founded, that no one has come to know how to flavor them better than they, or in more different ways.” The study, explained in the decree published in the Official Gazette of the Generalitat Valenciana, specifies that «there is nothing strange that Valencians have reached a degree of perfection, unknown in the other provinces, for being the almost exclusive food with which they are maintained, particularly people who do not have great faculties, and for this reason they have studied the means of making it more pleasant to the palate ».

«Everywhere they have wanted to imitate them, and for this they usually leave it half-cooked, mistakenly calling it Valencian rice, convinced that those natives eat it almost raw, because they have observed that the cooked grains remain whole and separated in the stews Valencians ”, he wrote of Paula in the year 1513.

Later, in the 18th century, the first quote regarding paella or paella appears in a recipe manuscript. ‘Valencian rice’, in which the techniques for its preparation were explained and it was emphasized that the rice has to be dry

In this same century, paella began to gain notable international popularity, especially in countries such as Belgium, where it was called “Riz à la Valencienne”. In its capital, Brussels, it was nicknamed as “Grand Royale Paella”. On the other hand, it was in 1896 when the preparation of the recipe was filmed for the first time in the documentary ‘Execution of a paella’.

The internationalization of the emblematic Valencian dish spread to large cities such as Paris, London or New York, where a variety called “arroz con pollo” was served. Specifically, it became very popular in the Delmonico restaurant, frequented regularly by the president Franklin D. Roosevelt.

José Guardiola Ortiz, author of the monograph Alicante gastronomy published in 1936, it talks about rice with rabbit and describes the importance of “this paella” in the feast of San Jaime and the custom of sharing it on the beach of San Juan. Likewise, the author Francisco Seijo Alonso in ‘La cocina alicantina. Alicante cuisine and food ‘, makes mention of a «daily paella» in the Vall d’Alcalà, the «paella a la granaella» from Jávea, the «paella with duck» from Catral and the «Valencian paella» of Beniarrés.

According to this same decree, it is specified that paella reached its zenith with the tourist boom of the sixties in Spain, thanks to the arrival of foreign tourists to spend their holidays on the coasts of the Iberian Peninsula.

The history of this historic Valencian dish has led it to be considered a family recipe, not without controversy, topics and paradigms, “which are born from the own and different customs of each place.” As a result, traditions such as eating from the same paella, using a wooden spoon or the suitability of using orange wood for its preparation still remain.

It should be remembered the direct relationship of the paella with the Mediterranean diet, based on the intake of fresh local products of natural origin. Therefore, in addition to the declaration as a Property of Cultural Interest, the decree establishes a series of protection and safeguard measures, which will be specified in carrying out identification, description, study and documentation of the property, incorporating available witnesses with material support that guarantee its protection and preservation or ensure normal development as well as transmission to future generations.