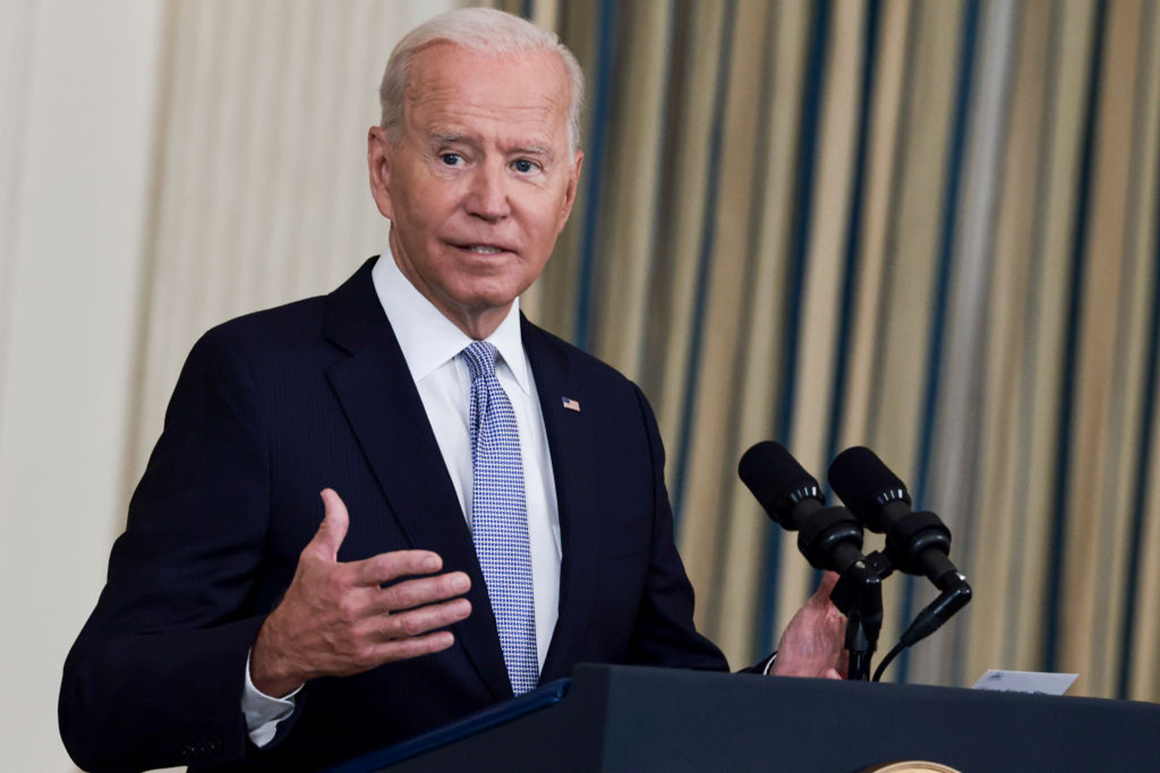 One source familiar with White House thinking said it’s premature to say whether the White House is leaning toward a smaller number of programs for a longer number of years or maintaining as many as possible at a lower cost or for a shorter period of time. And another said the White House has been careful not to show its hand. But to carve down the package from $3.5 trillion over ten years to an expected range of $1.9 trillion to $2.3 trillion likely will require a two-pronged approach: a trim and a slash.

“There’s a constituency for every almond in the package,” said a source familiar with ongoing negotiations. “Stripping them entirely, if they’re things that members of Congress are excited about, isn’t viable.”

The debate over whether to create a bevy of new short-term programs or a handful of more lasting programs has quickly become one of the Democrats’ most urgent issues as they craft Biden’s package. Democrats have to weigh a host of important priorities against each other, among them: massive expansion of Medicare coverage, delivering Medicaid to lower-income states, paid family leave, and child care programs. And the administration is up against the clock as it moves to reach an agreement across competing factions of the party.

Progressives generally want to preserve as many of the programs as possible within the reconciliation package — forcing a future Congress to extend popular programs later. But many others in the party, including senior House Democrats and several vulnerable members, have argued that would tee up a series of painful political cliffs. And if Republicans are in charge, they could simply let those programs lapse, erasing Biden’s legacy.

“We need to make sure people have certainty. Just doing something for a year or two doesn’t have the impact, doesn’t provide the certainty,” she said, adding that she has made her case directly to Biden and Pelosi. “We’ll continue to push.”

Biden spent the past few days trying to set more modest expectations within his party about the scope of his “Build Back Better” agenda. This week, he’s communicated to progressives, lawmakers facing tough reelections, and moderates alike that the overall plan will have to be scaled back in order for it to get the necessary support in the Senate.

To reach an agreement, the White House has kept up communication with the two most vocal Senate holdouts — Sens. Joe Manchin (D-W.Va.) and Kyrsten Sinema (D-Ariz.). Over the weekend, the two senators engaged White House staff and communicated their preferences for shrinking the package, including by limiting the number of years each measure would be funded and means-testing certain health care measures.

Under the haircut strategy, Democrats would shrink nearly every provision inside the package by funding all provisions for a shorter period of time. Though it would make some of the benefits Democrats are promising less permanent, the thinking by the administration and some progressive Democrats is that it will be difficult for Republicans to vote against extensions of the various programs down the road.

But several Democrats are privately warning against a wholesale haircut approach. Instead, they argue Biden should select a handful of priorities and fund them for as long as possible, while slashing other parts of the bill in order to get the price tag down. Those Democrats also argue it’s impossible to just do across-the-board cuts and still meet the new spending target — some big ticket items will have to be nixed completely.

“The theme among members is to do fewer things better,” Pelosi told her leadership team and committee chairs on a private call Tuesday, where the issue was discussed at length. Many of the House chairs spoke in favor, in general agreement about targeting programs around family, climate and health.

But even Democrats who favor the more narrow — but longer term — approach say it’s a far trickier political maneuver. With few votes to spare in the House and none in the Senate, Biden and Hill leaders can’t risk putting too many programs on the chopping block, or they could lose the support of lawmakers who are personally or politically attached to those programs.

In a meeting with roughly a dozen swing-district Democrats on Tuesday, several members told Biden they preferred doing fewer things better, voicing opposition to partial funding of all the programs currently in the plan. They told Biden they wanted to focus on climate change, the child tax credit, an expansion of Affordable Care Act subsidies and expanding jobs with economic development grants, according to a source in the room.

Another member in the room said they also pressed Biden to better communicate to voters that the bill “isn’t going to cost anything” since it is offset by tax hikes and other revenue raisers. Biden listened, took notes, and told them that progressives are on board with the lower topline price for the plan.

Biden’s recent meetings with different wings of the party came after the House delayed a vote last week on the physical infrastructure bill, angering a number of House Democrats.

“That was promised us, and denied us,” said Rep. Scott Peters (D-Calif.). “It’s hard for a lot of people to figure out how they trust this process now.”

Democrats have also expressed disappointment with the way Biden has dealt with Sinema. The president offered only tepid support for the senator after she was videotaped being hounded by progressive activists back home while going to the restroom. He’s also told lawmakers he has been frustrated by her unwillingness to detail the specifics of what she wants in a compromise reconciliation bill.

“Joe Biden is an old hand at this. He knows that the way you get things done is you sit down in a room with people you disagree with, and you listen for agreement,” said Peters. “And you can’t do that by bashing people in the press or in the caucus meeting.”

Aware of fracturing within the party over the two bills, Biden recalibrated aspects of his message in an address from Michigan on Tuesday.

“I want to set one thing straight: These bills are not about left versus right or moderate versus progressive or anything that pits Americans against one another,” Biden said in his remarks. “These bills are about competitiveness versus complacency. They’re about opportunity versus decay.”

With reporting by Heather Caygle.