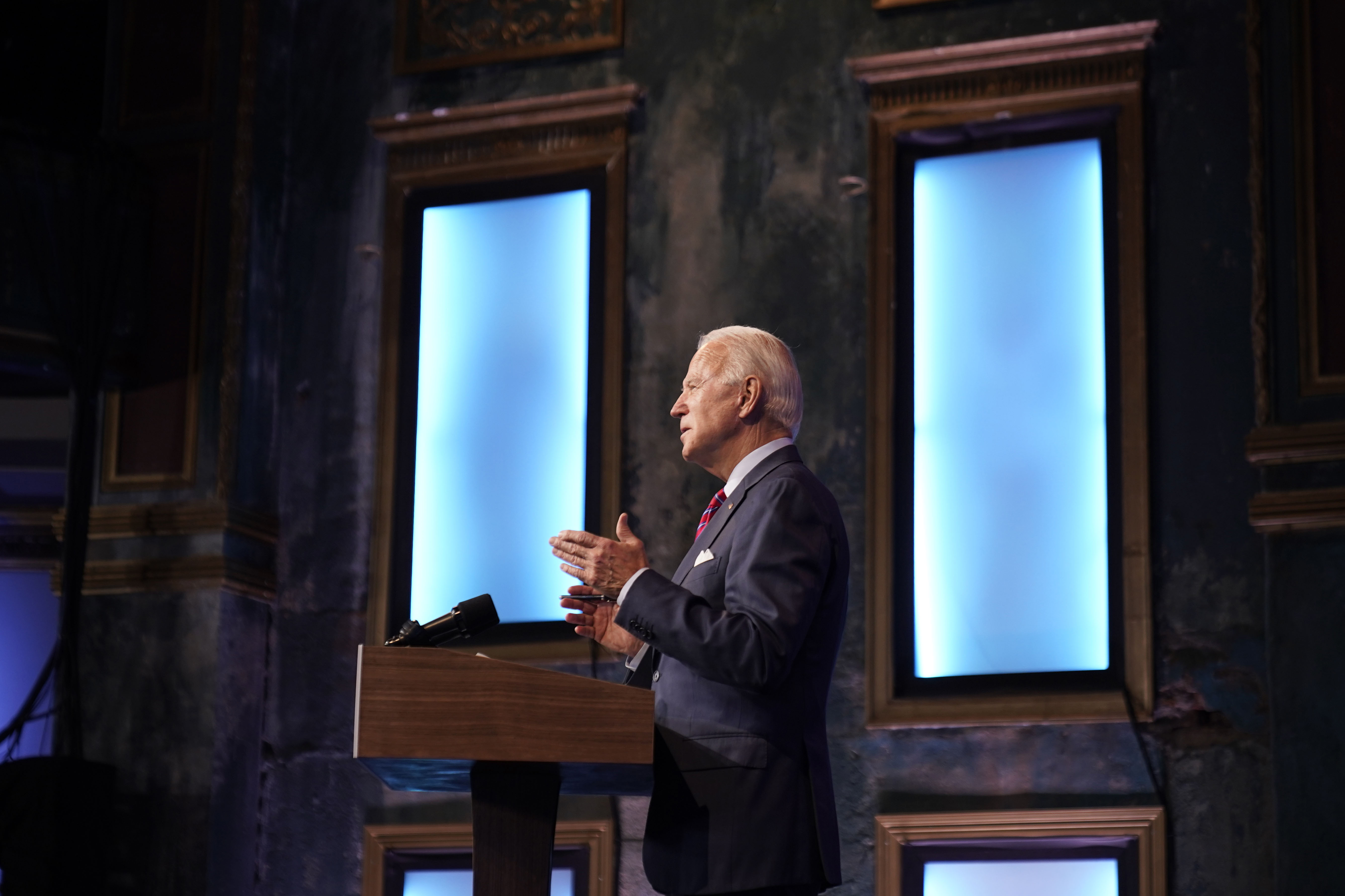 That won’t stop Biden from trying. According to a person familiar with the plans, the incoming president plans to hire a high-ranking official at the Justice Department who will focus specifically on dismantling Trump’s immigration policies. The incoming administration could argue that any policies created under acting Homeland Security Secretary Chad Wolf should be tossed out after a federal judge concluded last month that he was not lawfully serving since he lacked Senate confirmation.

But Biden’s efforts could be thwarted if migration at the southern border surges next year, as some expect it to, following a spate of hurricanes in Central America, the economic downturn and Trump’s departure. And the incoming president’s focus on immigration could end up losing out to other priorities — the most pressing of which includes controlling the Covid-19 pandemic, digging the country out of a painful economic recession, restoring relationships with the countries Trump alienated and tackling climate change.

“Reversing everything President Trump did to secure our borders, curb asylum abuse and protect American workers isn’t only bad policymaking that will trigger a crisis, it’s a political plank walk,” said RJ Hauman, government relations director at the Federation for American Immigration Reform, which favors immigration restrictions. “We hope that commonsense and the weight of responsibility for a nation reeling from a pandemic will alter Biden’s radical immigration plans once he enters the Oval Office.”

The Biden transition did not respond to questions about their immigration agenda.

The incoming president also faces enormous pressure from progressive circles to follow through on his promises to quickly undo Trump’s policies and be more welcoming to immigrants than former President Barack Obama, who was dubbed the “deporter in chief.”

As this pressure has mounted, Biden has placed staffers with immigration policy backgrounds throughout his administration.

For DHS secretary, Biden will nominate Alejandro Mayorkas, the first immigrant and Latino to lead the department. Over at the White House, Pili Tobar, who worked for the Latino Victory Project and the advocacy group America’s Voice, will become deputy communications director. And Julie Chavez Rodriguez, who previously helped run her grandfather Cesar Chavez’s foundation, will lead the White House Office of Intergovernmental Affairs.

Biden’s team will have a few moves they can do right away.

After entering office, Biden is expected to instantly repeal the ban on travel from several Muslim-majority countries, halt further funding for the southern border wall and lift a moratorium on foreign workers implemented during the pandemic.

But other steps will take longer.

For instance, Biden wants to raise annual refugee admissions from 15,000 to 125,000 but must first build up the capacity to accept such a swift increase. His team will also take over the arduous campaign to find the families of more than 600 children separated from their parents at the southern border. Other regulatory changes will naturally take time, such as revising the criteria used to turn away or admit asylum seekers.

And even Biden’s goal of fully reinstating an Obama-era program that offers work permits and legal protections to so-called Dreamers — the hundreds of thousands of immigrants who came to the United States illegally as children — is expected to face years of court challenges.

“It’s going to have to be a very thorough undertaking,” said Manar Waheed, a senior legislative and advocacy counsel with the American Civil Liberties Union’s immigration wing. “There are many, many regulations that have to be rescinded, and it can’t be undone overnight. And that’s just to get back to where we were, not even to move forward.”

Immigration advocacy groups, many of which worked to turn out voters for Biden this fall, are now leaning on the Biden administration to act aggressively.

Greisa Martinez, the executive director of United We Dream, is among those pushing for an indefinite moratorium on deportations and detentions of immigrants. Biden has currently only pledged a 100-day pause on deportations. Martinez also wants Biden to allow the return of people the Trump administration deported who still have family in the U.S.

“In the first 100 days, we believe he needs to be bold, swift and act without hesitation,” she said. “Black and Latinx people showed up for real change in November and gave him a real mandate.”

The latest news in employment, labor and immigration politics and policy.

Other advocacy groups, such as Movimiento Cosecha, are pushing for Biden to extend legal protections for undocumented immigrants beyond Dreamers and those displaced by war and natural disasters.

“We want to see a program … that protects anybody, that doesn’t exclude anybody due to age or country of origin,” said Carlos Rojas Rodriguez, an organizer who confronted Biden on the campaign trail about his immigration record. “If you’re a person of good moral character, you shouldn’t live under the fear of being separated from your family.”

Then there’s the desire to offer a pathway to citizenship for the 11 million immigrants in the country illegally — a policy change that would require Congress to act.

Biden has vowed to push Congress to craft an immigration deal, but that will be tough even if Democrats win a narrow majority in the Senate by capturing both Senate seats set for runoff elections in Georgia next month.

In recent years, Congress has repeatedly tried and failed to enact major overhauls to the immigration system. Presidents of both parties, including George W. Bush, Barack Obama and Trump, have all urged Congress to act to no avail.

“There are no magic wands for transforming immigration policy, but what you can change on Day 1 is the atmospherics around immigration,” said Andrew Selee, president of the Migration Policy Institute. “Changing policy is going to take time.”