Biden pressures Trump on coronavirus: ‘More people may die if we don’t coordinate’ 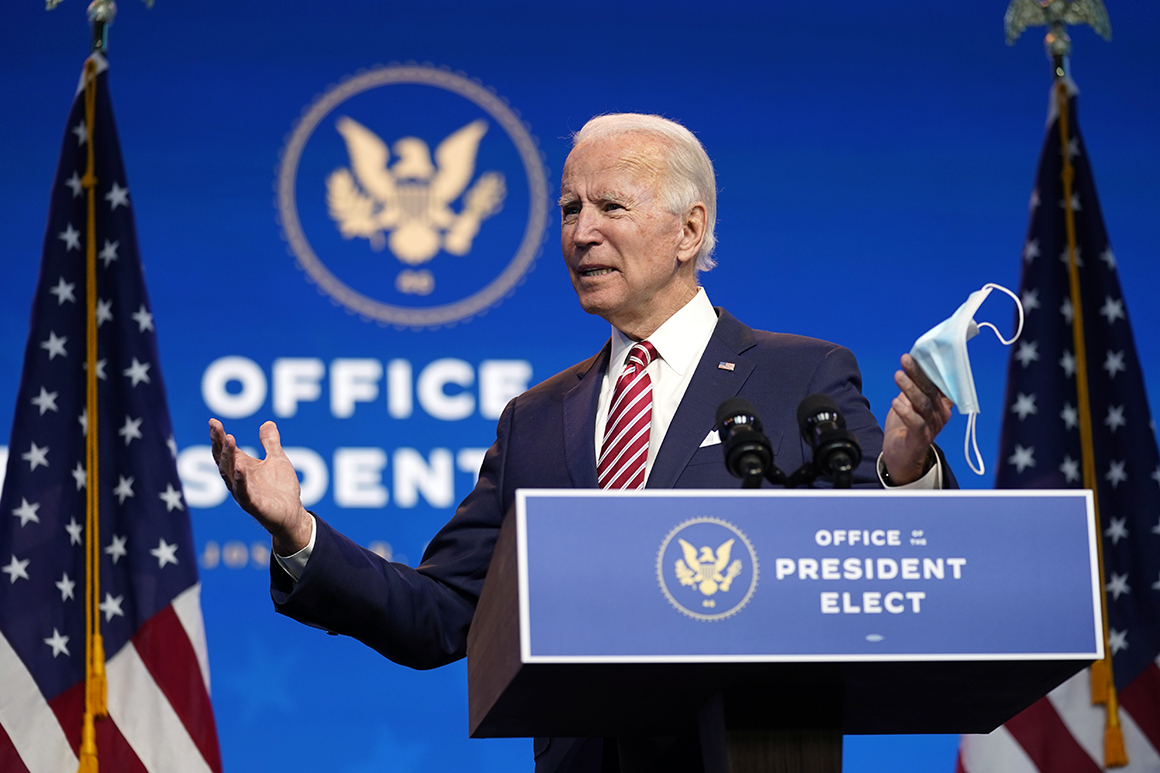 On Sunday former Surgeon General Vivek Murthy, the co-chair of Biden’s coronavirus advisory board, said the transition team had not yet seen Trump administration’s Covid-19 data or plans because of the stonewalling.

“They have data they have collected that the public doesn’t always have access to — and to be able to see that data, see those plans, is what’s going to help us put together the best possible product in the end,” Murthy said on “Fox News Sunday.”
Biden warned that keeping a firewall between the Trump administration’s Covid-19 response leaders and his transition’s medical experts risks undercutting the effort to combat the pandemic.

“More people may die if we don’t coordinate,” Biden said. “And so it’s important that it be done — that there be coordination now. Now, or as rapidly as we can get that done.”

“We want a smooth process for that,” Fauci said. “And the way you do that is by essentially having the two groups speak to each other and exchange information.”

Moncef Slaoui, the head of the Trump administration’s Operation Warp Speed, said Friday that 20 million people could receive vaccinations in December, with an additional 25 million to 30 million per month vaccinated thereafter. That timeline depends on the Food and Drug Administration authorizing one or more vaccines for emergency use in the coming weeks. The Trump administration has also fiercely defended the process from criticism from a handful of Democratic governors who plan to conduct their own vaccine safety reviews.

Biden struck a hopeful note on the news on Monday that a second vaccine candidate has demonstrated more than 90 percent effectiveness in late-stage clinical trials, saying “they appear to be ready for prime time.” But he cautioned that developing an effective vaccine is only the first step.

“Getting a vaccine and a vaccination, though, are two different things,” he said following a meeting with the chief executives of several major companies and labor leaders.

Biden also faulted Trump and some of his advisers for fueling vaccine hesitancy through their rhetoric, therefore complicating the response effort.

“The only reason people question the vaccine now is because of Donald Trump,” Biden said. “That’s the reason why people are questioning the vaccine. Because of all the things he says and doesn’t say — whether it’s truthful; is it not truthful; the exaggerations.”

The virus’ spread has only accelerated in recent weeks, and there have been more than 11.1 million confirmed cases in the country, with the death toll nearing 250,000. Countries in Europe and elsewhere across the globe have also seen Covid-19 mount a resurgence lately.

“Things are going to get much tougher before they get easier,” Biden said. “It’s going to be difficult, but it can get done.”

The president-elect also offered praise to North Dakota Gov. Doug Burgum and other GOP leaders for instituting mask mandates and other public health measures in recent days after rebuffing such calls for months.

“There’s nothing macho about not wearing a mask,” he said. “It’s about being patriotic, and I think you’re seeing more and more as this god-awful virus continues to spread almost unabated that governors are stepping up.”