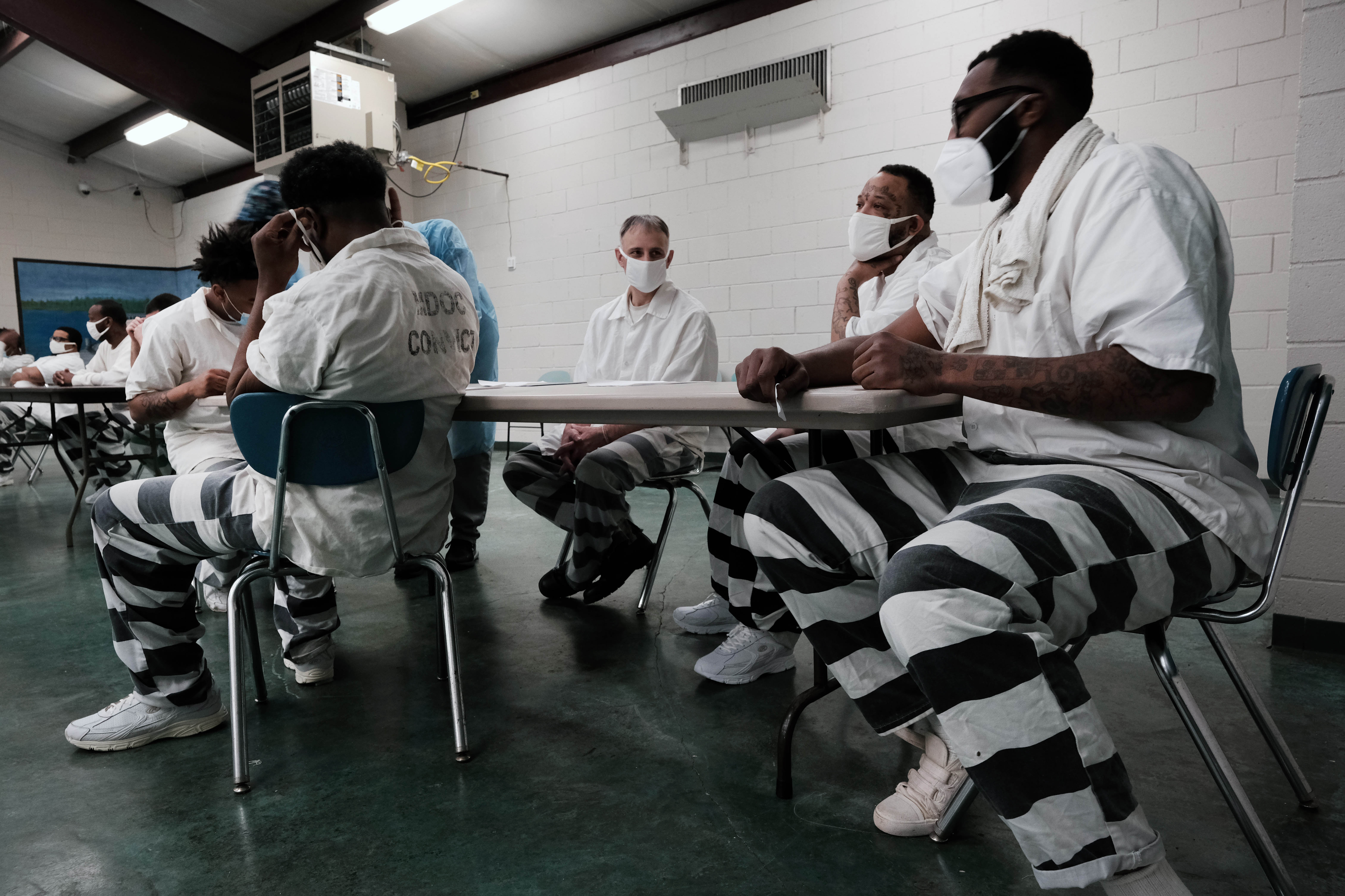 “While we are excited to hear the Biden administration is actively seeking clemency petitions for non violent drug offenders, we pray he will not carve up CARES Act recipients into small subsets,” said Amy Povah, a former prisoner who has become a well known clemency advocate. “No other president in history has been handed a ‘dream come true’ opportunity to easily identify a large group of individuals who have already been vetted and successfully integrated into society, many of whom are now gainfully employed, found housing, and are healing the family unit that was injured due to tough-on-crime sentencing policies that previous administrations have acknowledged are horribly unjust.”

Since the spring of 2020, the Bureau of Prisons has released thousands of nonviolent federal inmates to home confinement citing concern about Covid-19 spread in their facilities. The rate of recidivism of that population has been extremely low, criminal justice reform organizations have said.

But it was reported months ago that lawyers with the administration had determined that those on home confinement under the CARES Act would have to be returned to prison once an end to the pandemic was declared. Of the 7,000 or so inmates in that universe, an estimated 2,000 to 4,000 or so would likely have been sent back absent intervention. The remainder would have been close enough to the end of their original sentence that they could have remained at home.

Rachel Hanson, 37, was one of those paroled inmates who was at risk of being sent back to her federal facility. She was 8.5 years into a 151 month sentence for charges of possession with intent to distribute an unspecified amount of cocaine. She had been released from prison in August of 2021 under the CARES Act but kept in home confinement wearing an ankle monitor. She was contacted by her case manager on Friday, who told her that her name was submitted by the Department of Justice for expedited clemency and that she needed to fill out her clemency packet right away.

She described the events of the past few days as a blur. “I was so surprised,” she said. “I didn’t expect it. You hear about clemency. You know it happens to people but you don’t always see.”

Hanson has three children, one of whom is a senior in high school. She has a job interview lined up for Tuesday for a production coordinator post at a welding factory. She has to rush to get her clemency packet completed first.

Criminal justice reform advocates have been urging Biden to use the president’s clemency powers to wipe away the sentences of all those released under the CARES Act to home confinement. The American Civil Liberties Union put out TV ads in August calling on the president to take such action. The group also said it would be organizing days of action, putting out a full page ad in the Washington Post, hosting a press conference and encouraging engagement by a broader set of actors, including clergy, to ramp up pressure.

Udi Ofer, the ACLU’s deputy national political director, said that while he was heartened that the administration was now acting, he faulted the administration for acting in a less than transparent way with advocates and advocacy groups in the criminal justice space. He said he was troubled by the possibility that it was cleaving off CARES Act recipients into those deserving commutation and those who didn’t. He noted that the Bureau of Prisons, in originally releasing inmates under the CARES Act, had already made a determination between those who posed a threat of violence and those who didn’t.

“On the other hand, through the anecdotal information we’re seeing, we are worried that the White House is viewing this issue too narrowly and unnecessarily restricting the category of people being asked to apply for clemency,” said Ofer.

Some advocates for clemency and other forms of sentence reduction also expressed concern that the Biden administration’s move essentially put it in the position of working from a list developed by the Bureau of Prisons during the Trump administration, in a process critics said lacked clear guidelines and transparency.

“It’s not clear how the Bureau of Prisons chose people for this home confinement program, which raises the question of whether it’s fair to give a special benefit to these folks not available to those who have filed clemency petitions sometimes years ago and have been patiently waiting,” said Margaret Love, who served as Justice Department pardon attorney under Presidents George H.W. Bush and Bill Clinton.

Josh Gerstein contributed to this report.