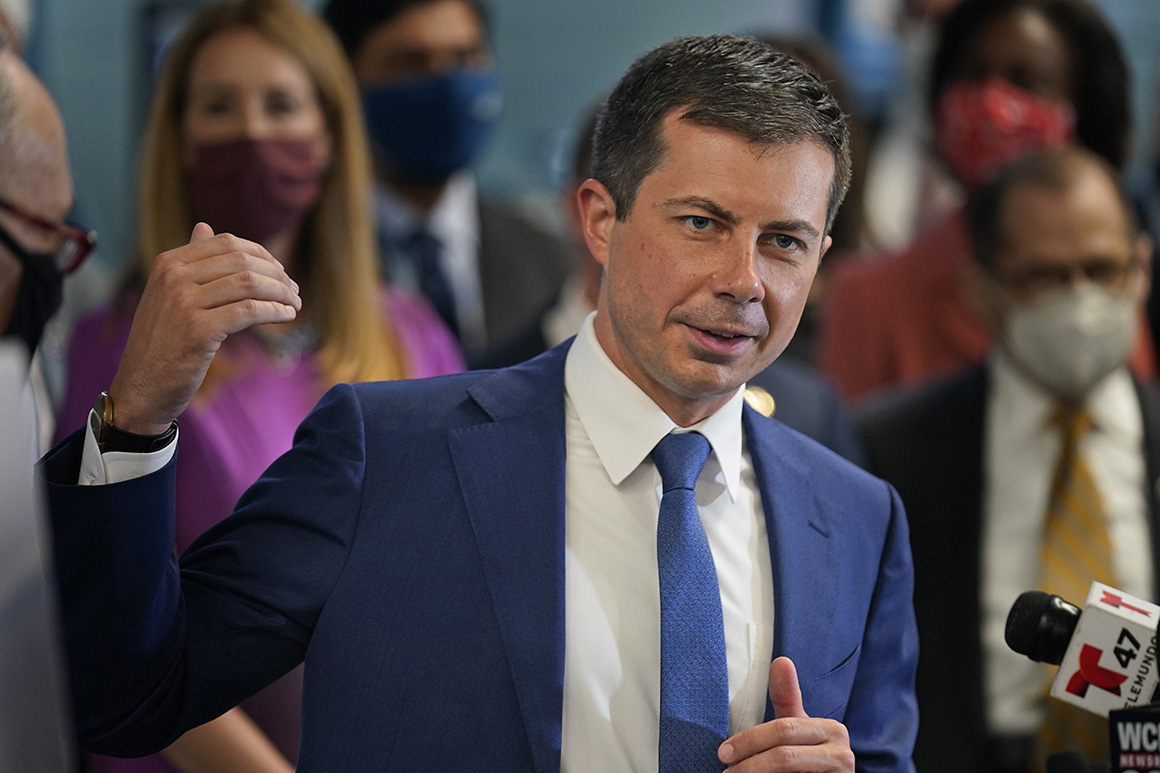 The Transportation secretary also pushed back against the notion of legislative linkage that has dominated Capitol Hill in recent days, prompting President Joe Biden on Saturday to walk back what Republican lawmakers viewed as a threat to veto the bipartisan package he had agreed to last week if it was not delivered alongside a Democratic reconciliation bill.

“I’m not sure it’s clearly defined — other than people who are interested in the process — what that even means,” Buttigieg said. “I mean, is it going to be linked in the sense of this being one single piece of legislation that moves all at once? No, I don’t think it is.”

But Buttigieg also said that “of course” the bills were linked “in terms of different members of Congress car[ing] about getting them both done,” and he added: “Are they linked for us? I mean, they’re linked in people’s lives.”

Meanwhile, in an interview on CNN, Granholm was pressed directly on whether the bipartisan package was tied to a second, Democrats-only measure. The Energy secretary’s response was seemingly unequivocal.

“No,” she said. “[Biden] wants both bills, as he said, and he’s going to campaign for both bills. But he did not issue — or he wanted to make clear — he wasn’t issuing a veto threat.”

Although several Republican senators have said they were reassured by Biden’s course correction over the weekend, the varying responses from Buttigieg, Granholm and other administration officials on the fate of the two bills have served as fodder for GOP lawmakers looking to undermine Democrats’ reconciliation effort.

Pelosi, for her part, has said she will not consider the bipartisan package until the Senate uses the legislative reconciliation process to approve a potentially multitrillion-dollar measure to accomplish Biden’s social welfare and family assistance priorities. The White House has referred to those provisions, outlined in its American Families Plan, as “human infrastructure.”

Asked on Tuesday about Pelosi’s threat to stall the bipartisan package, Granholm stressed that Democrats’ reconciliation bill “hasn’t even been negotiated yet,” while insisting that Biden “is fighting for both” proposals.

“The president really does not want this to be bogged down in process and in partisanship,” she said. “What he wants to do is to deliver — with his allies on the right and left — something for the American people. I hope that’s the message. … This is about the people. It’s not about this political process.”

Buttigieg, too, sought to downplay the significance of the two bills’ timing, saying administration officials “recognize that Congress is going to handle it according to whatever process and sequence makes sense to them.”

“That’s one area where the minority leader is right,” Buttigieg said, referring to McConnell. “The president doesn’t dictate congressional processes, Congress does. But what you’re going to see is this administration, in a full-throated way, continuing to go to bat for both of these sets of things.”

Biden authored a Yahoo News op-ed on Monday promoting the bipartisan package as a deal that “Americans can be proud of,” and he will travel to Wisconsin on Tuesday to promote the proposal.