Can Ukraine deploy U.S.-made weapons against the Russians? 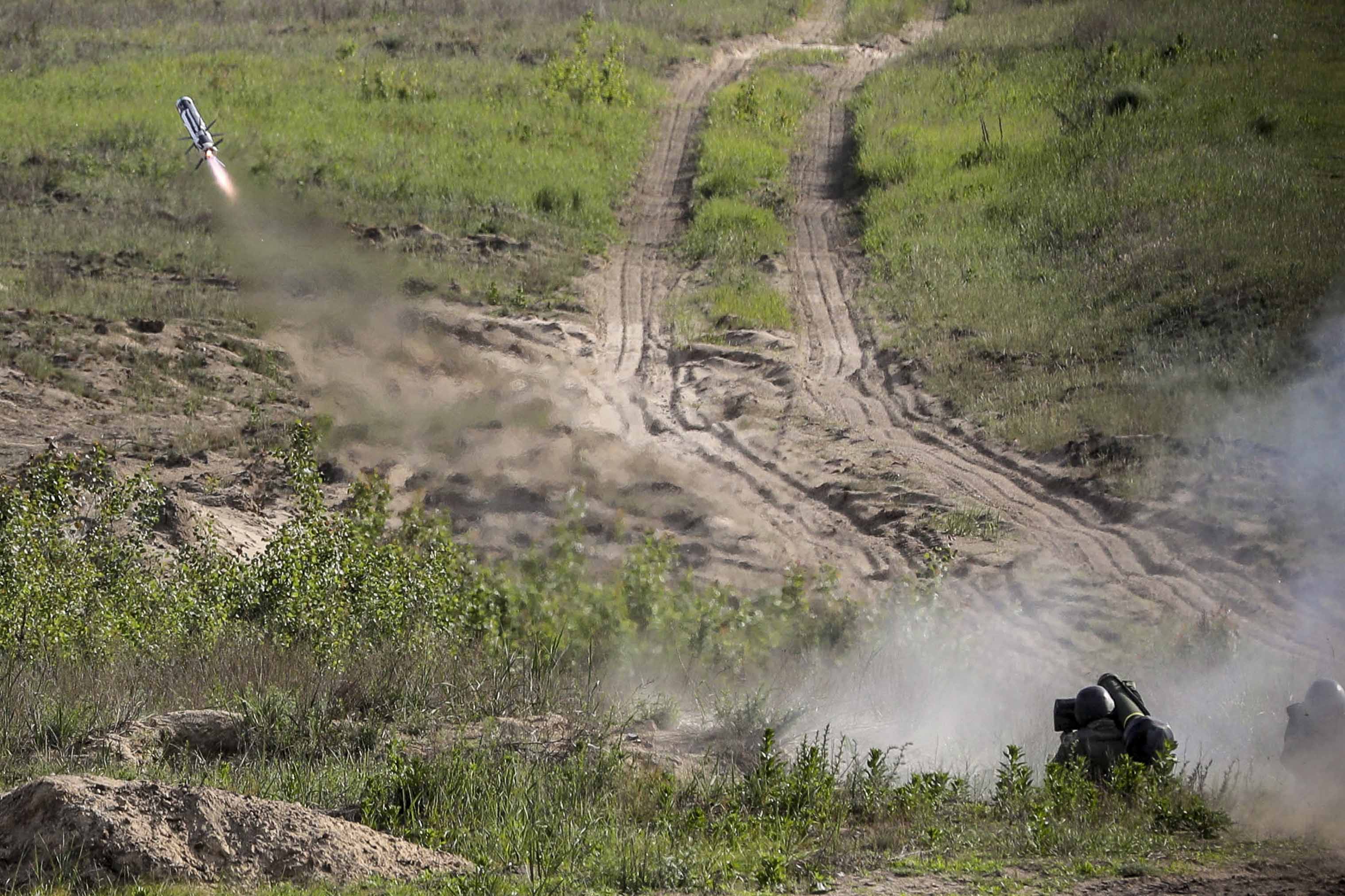 Wess Mitchell, who served as the Trump administration’s top State Department official overseeing European and Eurasian affairs, noted that the Javelins and other lethal weapons are designed not for first use but to deter Moscow from encroaching on Ukrainian territory.

But while Washington urges Kyiv to use the Javelins only for defensive purposes and requires that the weapons be stored in a secure facility away from the conflict, there are no geographic restrictions on the actual deployment of the missiles, U.S. officials said, which means that Ukrainian forces can transport, distribute and use them at any time.

“Javelins are defensive weapons and the United States expects Ukraine to deploy them responsibly and strategically when needed for defensive purposes,” said Pentagon spokesperson Mike Howard.

If the Javelins were to be moved, it doesn’t necessarily mean they’d be used — in Kyiv’s estimation, the threshold for actually firing the weapons has not yet been met, according to two Ukrainians familiar with the discussions. The red line, they said, would be if Russian tanks crossed over into Ukrainian territory.

The current Russian movement in Eastern Europe is exactly the kind of scenario the Javelin sale was designed to counter, said two former senior U.S. defense officials familiar with the agreement.

“I’m sure there is a discussion going on,” the person said. “It’s a no-brainer.”

An official close to Ukraine President Volodymyr Zelensky said that any discussions about moving the Javelins had not reached the presidential level and that no decisions have been made on whether to deploy them. Zelensky is eager to de-escalate tensions, so he would not be naturally inclined to move the weapons east, said another person close to the Ukrainian president.

U.S. officials said they were not aware of any decisions to deploy the Javelins.

Senior Ukrainian officials are not yet convinced that the troop buildup means that Russia is planning an invasion — the fact that the troop movements have been so public and dragged on in the open for more than two weeks, suggests to Kyiv that Moscow may just be saber-rattling to try to create leverage with the new Biden administration.

But Ukrainian officials are still nervous that the conflict could escalate dramatically and with little notice. At least seven Ukrainian soldiers have been killed since late last month amid a spike in violence in the Donbass region, where Ukrainian government forces have been battling Russia-backed separatists since 2014.

President Joe Biden and Zelensky spoke for the first time this month amid the escalating tensions. A White House readout of the conversation said Biden “reaffirmed the United States’ unwavering support for Ukraine’s sovereignty and territorial integrity in the face of Russia’s ongoing aggression in the [Donbass] and Crimea.”

The U.S. has provided Ukraine $2 billion in security assistance since 2014, including two tranches of Javelin missiles as well as other military equipment. Biden, who pushed unsuccessfully to provide lethal aid to Kyiv during the Obama administration, also recently approved an additional $125 million worth of lethal aid to help the country defend its borders, including two armed patrol boats and counter-artillery radar.

Still, the Javelins are an incomplete solution to Russia’s aggression. Jim Townsend, a Pentagon official during the Obama administration, said that while the deployment of missiles in itself would not be escalatory, they would be of limited use if the Russians are not planning on mounting a conventional attack with armored vehicles.

“If the Russians are up to something, and that ‘something’ doesn’t involve armor, then the Javelins won’t matter,” said Townsend, who went on to refer to Russia’s paramilitary forces that invaded Crimea in 2014. “For instance, Javelins aren’t useful if the Russians are using ‘little green men’ to infiltrate Ukrainian lines.”

A network led by an Algerian who squatted houses in Alicante and rented them for 3,000 euros falls