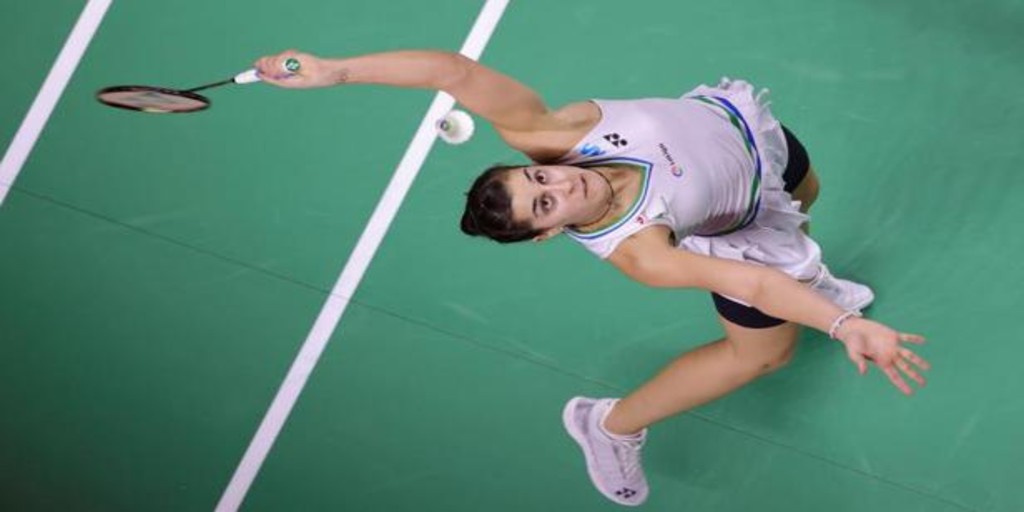 The alarms went off last Friday with a worrying injury produced in training. Some discomfort in the left knee that stopped the Olympic preparation of Carolina Marin. They were going to wait a few days to see the evolution of the knee to see what type of treatment could be carried out and the worst of the news has been confirmed: the Huelva woman has to undergo surgery and will not be at the 2020 Tokyo Olympics.

«After the evolution followed during the weekend and the tests carried out, it has been confirmed that Carolina Marín suffers a rupture of the anterior cruciate ligament and both menisci of the left knee. Faced with this situation, the Olympic champion will undergo surgery during the week and will begin the recovery process. In this way, he will not be able to participate in the Tokyo 2020 Olympic Games ».

Marín aspired to his second Olympic gold, after the one he won in Rio 2016, and his 2021 course had been pristine with that idea of ​​transferring the books of badminton history. He played three consecutive finals in January, winning two of them, and just a few weeks ago he was crowned by fifth time as European champion. After knowing the postponement of the Asian tour, Marín wanted to continue preparing in this final stretch with some concentration in Sierra Nevada, but the fortuitous injury last Friday has concluded his plan and now it is time to start a new one: that of recovery.

This is another blow I must face, but have no doubt that I will return. Despite the fact that the preparation in the last two months had become very difficult, the illusion we had was enormous and we knew that I was going to get to the Olympic Games in the best possible way. It cannot be. I know that I am in the best hands and that I have many people by my side “, communicated Marín after thanking the support received. The Huelva woman will get up, as she has always done, especially in these last two years in which she has suffered more than ever.

After a brilliant period that culminated with gold at Rio 2016, the Huelva-born woman entered the next Olympic cycle with the same intention, but in 2019 she suffered one of the worst injuries she had ever had. A right knee cruciate ligament tear that left her from January to August without competing. But that problem overcame him with flying colors. Champion in a tournament in September and another in December of that same year. “This injury is not related to the one he suffered in his right knee in 2019, considered by his entire team as well as by doctors as ‘more than surpassed, even already in the same 2019’».

And in 2020, the blows came emotionally. First with the pandemic and with instability that caused the continuous cancellations of the tournaments, without a firm notice indicating what objective he should focus on. In addition, the death of his father, after a work accident, which he also had to face.

She did it, as always, in the best possible way, with the goal of a Tokyo Olympics in which to become the best in history. But the body has not been able to with the wear and the demand and this opportunity to try to get his second Olympic gold is lost. «It is a very tough situation. Despite the difficulties that had arisen in the preparation of the last two months, we had managed to recover, as we always have. It is something very unfair for her because her path since the injury in 2019 has been practically heroic.. She will be surrounded by her entire team at all times and we will do everything she needs to get her back to the level she was, “said her coach, Fernando Rivas.