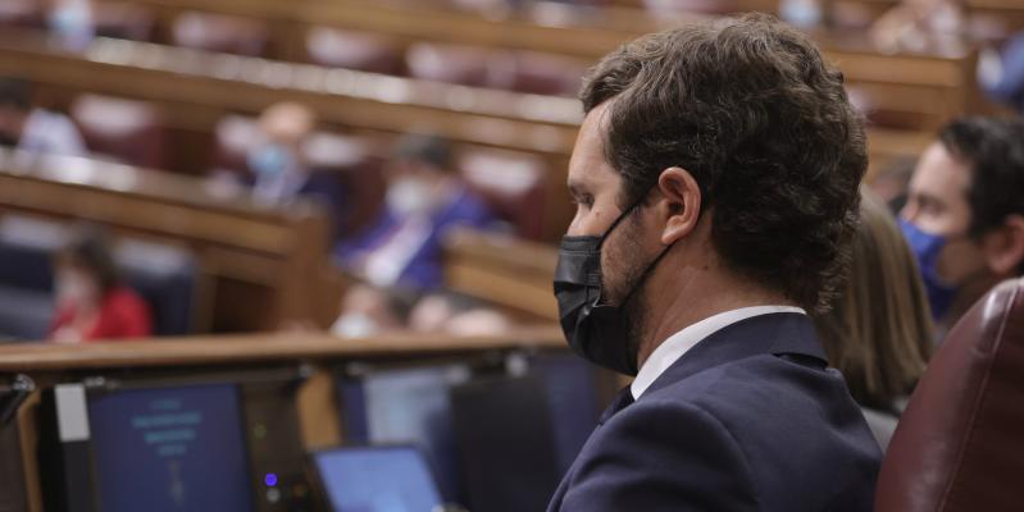 In the parliamentary debate ‘broom’, which Pedro Sanchez has taken the opportunity to talk about pardons, the situation in Catalonia, the pandemic, the economic situation and the European councils, before the session closes in Congress, Pablo Casado has confirmed that the Popular Party has resorted to pardons to the pro-independence coup plotters before the Supreme Court, representing millions of Spaniards affected by the “democratic outrage”, and by the Catalans who have seen their coexistence attacked.

The PP has decided to present the appeal as a party but continues to study how to request its legitimacy to be able to act in a particular way as well. The main opposition party has presented nine resources, one for each pardoned. They signed up today. The PP defends its legitimate interest in the matter to act before the Supreme Court.

In the parliamentary debate, the president of the PP he has demanded that Sánchez resign immediately, dissolve the Cortes and call general elections. “Only then can history pardon him,” he stressed.

“Mr. Sánchez, Spain hurts me,” Casado began by saying, who pointed out that this should be the debate on the state of the Nation that the PP has demanded, and that Sánchez has refused to convene.

Why did you say that abiding by sentence of October 1 It supposed its full compliance, that it would put Puigdemont on the bench and punish the illegal referendum with jail? Either you are a liar or you take us Spaniards for fools. Or both things. For any of them, a decent politician would resign, following the same scale of demand ”, the PP leader has warned, who has defended the Constitution as a pact by which there can be no democracy without law, nor law without democracy.

Casado has rejected Sánchez’s idea of ​​going back to look for a pact for concord, because this has already existed since the Constitution was approved: «We Spaniards have already talked, we have reconciled, we have already made coexistence and harmony possible. You don’t have to do it again, you just have to keep it. It is not much to ask.

The leader of the opposition, who has only had 20 minutes compared to the hour and a quarter that Sánchez has dedicated to his first intervention, has been especially critical of the “self-indulgence” from the Prime Minister: “The payment of these pardons will be his settlement as president and the epitaph of the PSOE as a constitutional party.”

Casado has reproached Sánchez for his offensive against institutions of the State, and specifically now against the Court of Accounts. “There is no institution within its reach that does not corrupt.”

«From his hand, the coup It has ceased to be a crime to become a good business, “he denounced in the Plenary of Congress. “We say no to the nationalist fracture and we say no to the socialist dissolution of Spain.”

Casado has accused Sánchez of being “the straw man of the nationalists, he reasons and expresses himself as just another nationalist. But they lacked time to show him the lighter as soon as they were out on the street.

In his view, the dialogue table that Sánchez agreed yesterday with Pere Aragonès is an insult to Spain: “amnesty only fits after dictatorships, and self-determination is only allowed in colonized territories according to the UN. For you, Spain is a dictatorship and Catalonia a colony? »

Married has announced that the PP has appealed the granting of these pardons, “As a political party that represents millions of Spaniards affected in their sovereignty with this democratic outrage, and thousands of Catalans who have seen their heritage, their freedom, their security and their coexistence at school, work or public services attacked” .