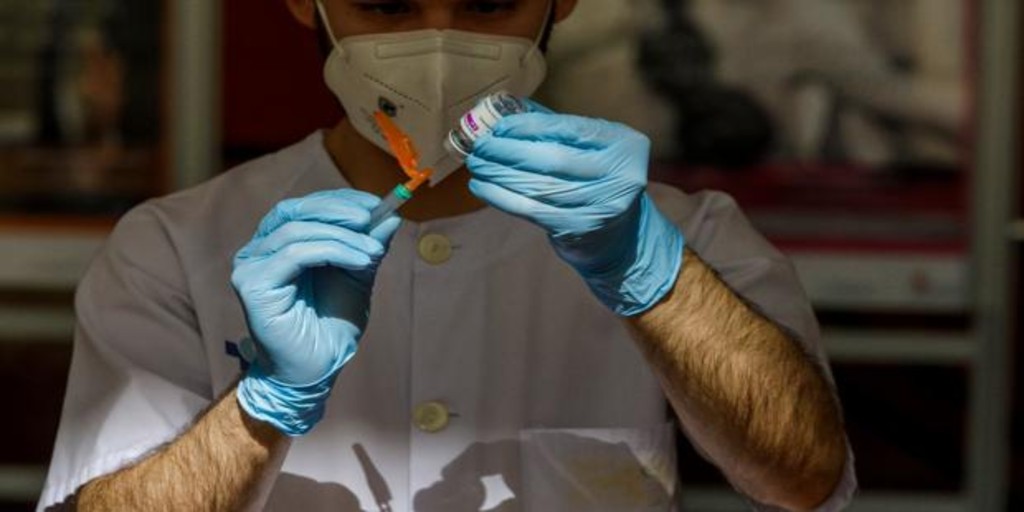 The Board of Castilla y León have considered accelerating the second dose of AstraZeneca for those over sixty years of age who received the first a few months ago and it has been agreed to advance it to ten weeks after the first inoculation compared to the twelve at which it was being prescribed. The reason: the advance of the Indian variant, before which several studies suggest that “there is a greater escape” with only one of them, the infected being more vulnerable than with the complete pattern.

At the moment it has been shortened, thus, to ten weeks, which falls within the limits accepted in Spain, waiting for the Vaccine Report and the Public Health Commission to accept that they can be lowered further. In the UK it is being applied at eight o’clock and the European Center for Disease Control has even pointed to the possibility of lowering it to one month. “There are conflicting opinions” on what is the right thing to do, the general director of Public Health, Carmen Pacheco, acknowledged this Tuesday at a press conference with the Minister of Health.

With the reduction of deadlines, an effort will be made in the coming weeks to accelerate this vaccination, which thus becomes a “priority” and which will not have any supply problem, with “availability” of sufficient doses. This Thursday the arrival of a consignment is expected to cover both those over 60 who are waiting for their second dose and those under the age of 60. essential workers They also received this solution and that 97 percent claim the Anglo-Swedish formula rather than that of Pfizer recommended by the Government. Specifically, 102,500 doses would be pending between the two groups.

After take the second doses first before the Indian variant, it is expected that in mid-July the range between 30 and 39 years of age will be addressed in general, to continue decreasing in order of age. Starting in August, a self-appointment system will be in place that can work better with young people who would be pending on that date.

The vaccination of the Erasmus students so that they have the complete guideline before embarking on the trip. In fact, some of them have already been vaccinated and the immunization of Castilian and Leonese people in this situation will also be assumed, even if they pursue their careers in other regions.

For now this week it is hoped to reach a million people in Castilla y León with the full dose and 1.5 million with at least one inoculated dose.