Causes of cold sores and how to prevent their appearance


Those who frequently suffer from cold sores know that unpleasant tingling sensation in which it is noticed that an, initially small, area of ​​the lip begins to throb and a kind of transparent bubble. If is one herpes labialis beginning to sprout, and also those who suffer from them know that it will not disappear in two or three days …

But let’s call things by their name: it is a nuisance to have fever Not only because of the often dire consequences that they carry, such as bloody scabs and even fever, but because they usually appear at the least expected moment. And why do they come out? There are several reasons that could explain why they are formed mainly in the mouth …

“It could be said that one of the most frequent viruses is herpes simplex, which is the cause of the famous”fever“which typically appears around the lips, causing especially in the upper lip, although it can appear in any area of ​​the body, including the genitals, hence the famous genital herpes. It is colloquially called” fever “because a mild stinging or heat in the area for days or hours before all these annoying little clustered vesicles finally appear, “says dermatologist Ana Molina.

The pharmacist Rocío Escalante, owner of Arbosana Farmacia, explains that in reality, cold sores are caused by a viral infection, caused by the herpes simplex virus: «The problem is that once you have contact with this virus, it remains inactive in nerve cells, and so it reappears at different times. This explains why there are people who usually suffer from fever from time to time and others, on the other hand, who have never suffered from them.

As we have seen, the origin is a virus with which we usually have contact in childhood and from there various situations such as a drop in defenses, stress, suffering from a cold or the flu, can reactivate the virus. “Another factor that can also cause its reactivation is prolonged exposure to the sun, without using lip protection, both in summer and winter, for example, if we go skiing,” Rocío Escalante alerts.

You have tried everything, right? What if smearing the slime of an Aloe Vera plant, what if pharmaceutical creams … Once the herpes comes out, it cannot be eliminated, that is, you have to be patient and the only thing we can do is try to minimize the discomfort . As the dermatologist Ana Molina says, the first thing to do is see how many times a year he comes to visit us, because there are people who get it once or twice in their life, while there are patients who get it once a month, more than 10 times a year.

“Getting” stunned “the herpes simplex virus is possible, contrary to what many people think. The moment we observe that we suffer more than 4 or 5 episodes a year, we must act since what most people do is run to the pharmacy and buy some topical antiviral, spray or drying patch at the pharmacy, but it has been It has been shown that the curative effect of these products is rather nil, beyond the promoting effect on healing that they can exert, “he says. That is, they will not make us heal sooner and, above all, they will not prevent us from suffering more outbreaks.

If we have detected that we have more than 4 or 5 outbreaks a year, experts recommend that we go to our family doctor or dermatologist in search of a better solution, which usually is tomar un antiviral oral four or five days.

And this, it seems, has a triple advantage: «First, we will be able to greatly reduce the symptoms; secondly, and if we take it as soon as we begin to notice that previous stinging and heat sensation, it may not even come out; and the third and best effect of all is that if we take it every time we get out we will be able to “stun” the virus so that each time it will take longer to come out again and each time it will do it more slightly, until there comes a time when he will not come out again », assures Ana Molina.

In addition, it is important to maintain, as Rocío Escalante says, “good hygiene in the area”, avoid touching it with dirty hands and, of course, avoid kissing, sharing glasses, cutlery … with other people because it is a contagious virus. «If you don’t want to do without lipstick, you can use transparent patches that protect the herpes and that allow to use makeup on top, but the direct contact of the cosmetic with the herpes is not recommended ».

What to keep in mind

Rocío Escalante, for her part, alerts that now that we carry a mask everywhere, the humidity that is produced inside it may delay your healing, so we will try to remove it, whenever possible, because social distance is maintained and it is important “to change the mask if it is wet and, in general, more regularly.” 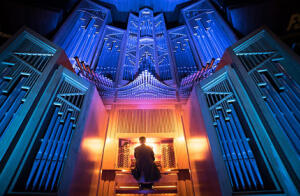 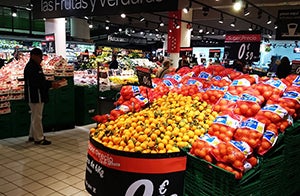 “I couldn’t stay home knowing that so many people needed help.”

The ECB announces the end of the ban on banking dividends